Orpheus at the Tivoli

If someone told me that the door of the charming Tivoli was in fact a time machine, I would simply shrug my shoulders and mindlessly agree.

From the moment I crossed the threshold, I felt like Owen Wilson in â€˜A Midnight in Paris,â€™ stepping 80 years into the past circa 1930s Paris. Ushers wearing charleston dresses and feathery headpieces led us through the musky theatre to a table draped in red velvet cloth, flowers and a bottle of sauvignon blanc. On stage, a pianist accompanied a jazz singer as we settled into our seats. Fast forward through an hour of drinking wine, nibbling French cuisine and chatting in the enchanting theatre, and the lights dimmed.

â€˜Orpehusâ€™ is a mythological story that has been repeated time and time again, but never quite like this. In the original Greek tragedy, Orpheus is a captivating musician who can enchant trees, beasts, enemies and friends with his captivating rendition of the harp. The Brisbane Festivalâ€™s reimagining of this classic tale is anything but ordinary as they take advantage of the musical aspect of the story. The tale of Orpheus is whipped into a musical fiasco and cabaret set to a live score of Hot Club jazz, opera and French chanson. 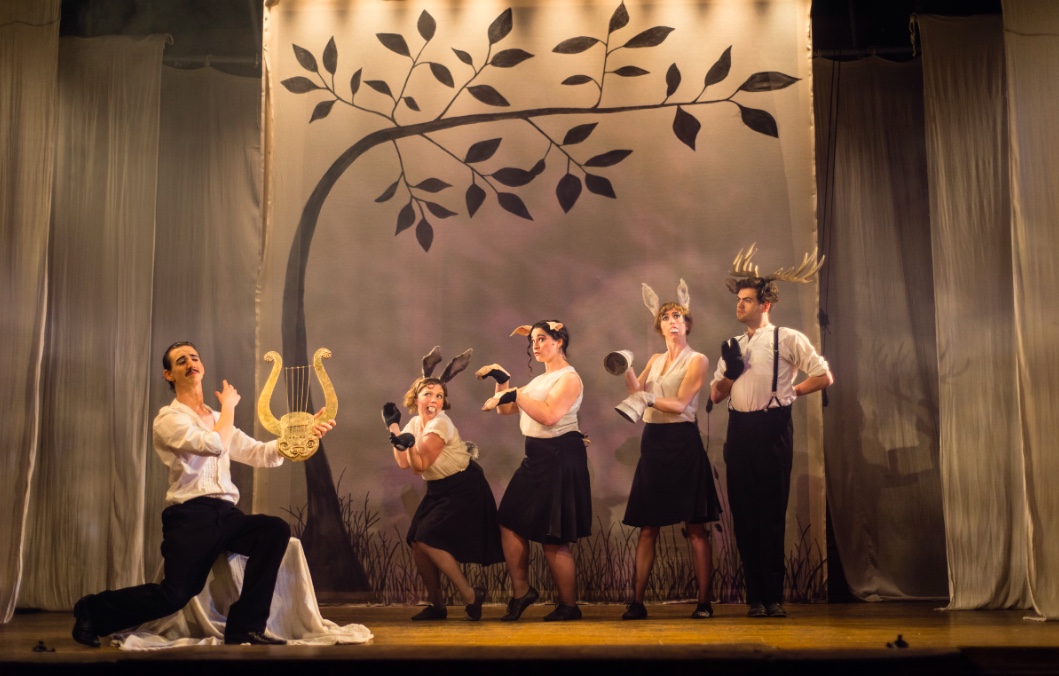 Within the short space of an hour and a half, the small cast of eight transition from musicians to singers, actors and even physical theatre practitioners. Throughout the evening the cast displayedÂ  an incredible level of dedication and commitment to their roles, sporting fake animal teeth and overdramatising every minute facial expression. While some of their movements appeared awkward at times, their limbs flailing as they jumped or hopped across the stage in an attempt to replicate woodland creatures, the audience responded with peals of laughter. These unexpected, slightly strange movements created a light atmosphere of enjoyment that carried the audience on a rollercoaster ride of warm ambivalence.

Despite the questionable theatrics, their musical talent was as entrancing as the ancient Orpheus. Legendary musician, Django Reinhardt (performed by Dominic Conway) plays the title role with a burning level of passion and energy. When he plays the guitar, the instant connection between his fingers and the strings are like a pair of lovers. A trio of peppy girls play the violin, accordion and double bass with such ecstatic force it appears theyâ€™re dancing with their instruments. Their tight harmonies were just as outstanding as Tom Pennâ€™s solo as he adopted the character of Persephone and played harp whilst singing in an elegant falsetto.

The soundtrack included several original pieces by Little Bulb Theatre company combined with original recordings of French chanson by Edith Piaf and an entourage of works such as Bachâ€™s Toccata, Monteverdi, Fugue, Saint-Saens and Debussyâ€™s Clair de Lune. Overall, the intense amalgamation of music was a whirlwind of controlled chaos for the ears. 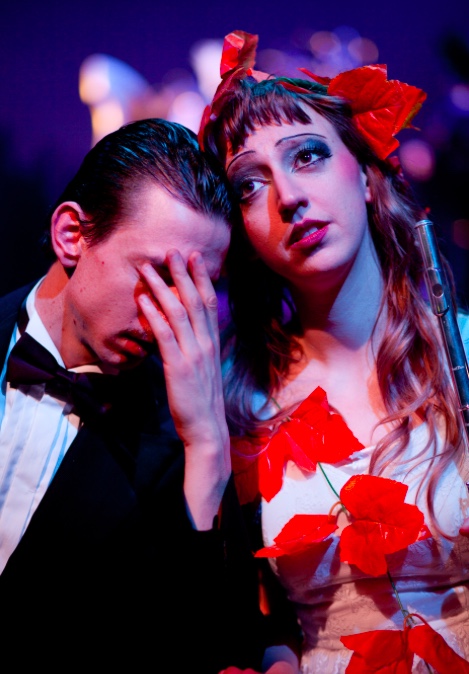 The host for the evening was the songstress Yvette PÃ©pin (performed by Eugenie Pastor), who plays Orpheusâ€™ love interest Eurydice. All is well until the coupleâ€™s wedding night, when Eurydice is bitten by a snake and descends into the Underworld. Overcome with grief, Orpheus follows her into the realm to reclaim his lost love, bargaining with Hades to release his wife. Hades agrees, however with one catch: Eurydice must walk behind Orpheus as they ascend to the upper world, and Orpheus is forbidden from looking at her.

Sound Connection; Barbershop and the Australian a Cappella scene