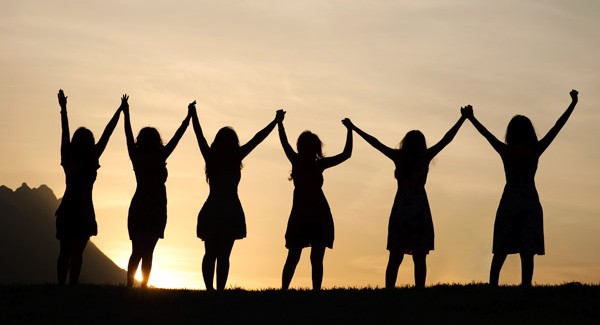 Iâ€™ve always considered Australia to be a country of gender equality. It was not until I started to question the structure of our society that I realised I was unfortunately mistaken.

Donâ€™t get me wrong; I am extremely privileged and lucky compared to other women. I am lucky that I am able to access education, have the right to vote, live in a country where I have choices and where my opinion counts, but if I am honest, I am still not satisfied. This dissatisfaction began last week when Centerlink, a government organisation, asked me, â€œis that Mr, Miss, Mrs or Ms?â€ Why do I have three options, where two of them are based on my marital status, whilst a male has one option? Why does this type of sexist language exist in Australia, a country where we advocate gender equality?

I started consciously observing how often I was asked for my title and which options I had to choose from. I found it quite contradictory when going to donate to the United Nations, â€˜Fund for Womenâ€™, an organisation that promotes women empowerment, had a compulsory section where I had to include my title. I had the option of choosing Mrs, Miss or Ms for a female. How is an organisation that aims to achieve global gender equality supposed to succeed when the very language they use allows sexism?

Another interesting observation was the organisationâ€™s order in which the titles were placed. The maleâ€™s title was first, followed by females. I then went on over 15 other websites where titles were required and each one had Mr at the top. This order is so customary that I never thought to question it.Â  But we must, as it is not coincidental, itâ€™s a direct reflection of the status and hierarchy that existed between men and women in the past and still currently in many parts around the world today. 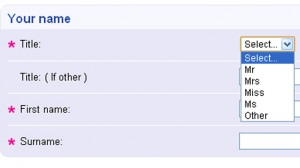 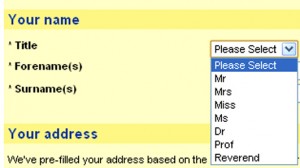 Many, including my male housemate, will argue that Iâ€™m focusing on such insignificant aspects of gender inequality, that I should be concentrating on greater things than labels, that the title is just a word. But itâ€™s important to recognise that language shapes our view of the world and influences our perception and conception of people. By continuing to use womenâ€™s titles based on marital status, we are subconsciously feeding the sexist nature of our society that so many people for good reason, are trying to eradicate. So no, itâ€™s not just a title or a word. It signifies so much more. Itâ€™s outdated, sexist and represents years of womenâ€™s suppression. We must start questioning and challenging these â€˜everydayâ€™ forms of gender discrimination, as we cannot achieve gender equality whilst retaining a sexist language. We must start at grass root levels and take small steps before we can make the big leaps.

Itâ€™s hard to critique your own culture when youâ€™re so deeply rooted in it. But I urge all who read this to observe forms of gender discrimination and recognise areas of gender inequality that you may not have recognised before. As for today, I hope all females, young, old, married, divorced or widowed, who believe in gender equality challenge the title given to them and choose a title reflects who you really are.