Hot off the heels of NYFW, is London Fashion Week, and just like its predecessor, it did not disappoint.

Bloggers, models, journalists and editors all jumped on a plane from New York to London, to start the fashion whirlwind all over again.

Jam-packed with VIP parties, celebrity front rowers, and a whole lot of Cara Delevigne, here are our favourite five shows from the week. 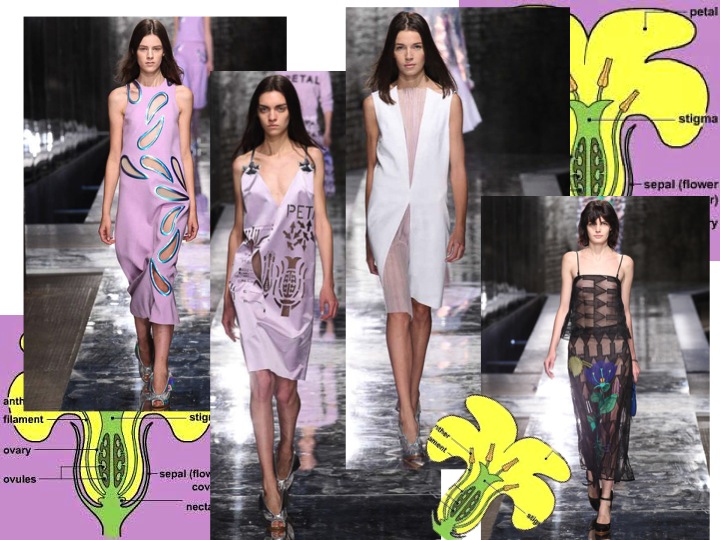 The Scottish fashion designer came out with what is probably not just the show of LFW, but the show of the Spring.

The collection was sophisticated yet childish, and there was a certain femininity mixed in with what looked like something Andy Warhol created on an acid trip.

With a breathtaking effect produced by models strutting down a mirrored catwalk to Pink Floydâ€™s â€œNo Educationâ€, they let the clothes do all the talking with no make up and no jewellery.

To quote Miranda Priestly from The Devil Wears Prada, â€œflorals for spring, groundbreakingâ€.Â  Yet in the case of Christopher Kane, florals did feel groundbreaking.

The clothes were aggrandised in scientific annotated illustrations of flowers, the ones you used to see in science class in primary school.

This teamed with metallic leather and floral crystal collars, itâ€™s no wonder Susie Bubble exclaimed she was having â€œheart palpitations over how good it wasâ€.Â

AndÂ Susie Bubble wasnâ€™t the only big-time blogger impressed with the show.Â  With Bryan Boy describing it as â€œpretty majorâ€, the timing could not be more perfect for Kane to open up his first-ever flagship store in Mayfair, London at the end of next year. 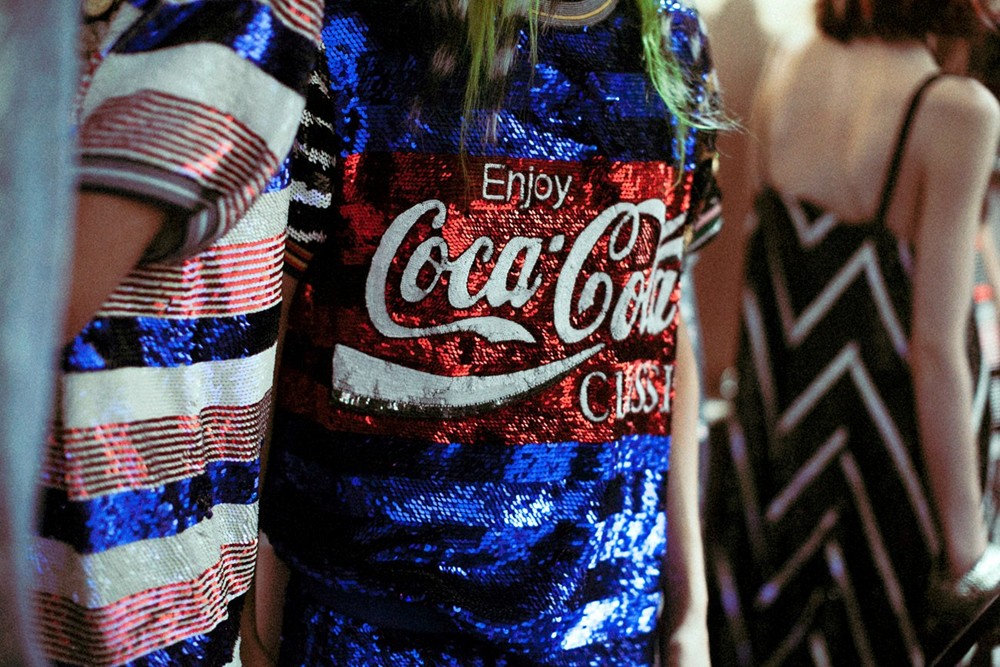 I may be biased in putting this show into my top five, solely because I am obsessed with sequins, and nearly this entire show was sequins.

If I had it my way I would wear sequins all day every day.Â  I also am a big fan of slogans, and Ashish was full of them.Â  Sparkly slogans, you say? Â Yes please!Â  Danish fashion princess Chloe Noorgard set the tone of the show, strutting down the runway with her fluorescent green hair and a crown atop her head, wearing sequins head to toe and a â€˜Coca-Colaâ€™ slogan tee.

Following her was a riot of patterns, draped in sequins, in pants, in shirts, in tact or shredded.

Get Into The Groove by Madonna, and One Thing by Amelie was blasting through the speakers, adding a funky element to a unique aesthetic that doesnâ€™t necessarily appeal to everyone.

Tribal jewelry, flat jeweled shoes and stripey coloured hair set off the garments, and dangling off the hands were sequin spin off shopping bags, with DISCO written instead of TESCO, and S & M instead of M & S (Marks & Spencer).

All in all, the models were sent down the runway look like chic bagmen, and now I want to look like a chic bagman too. 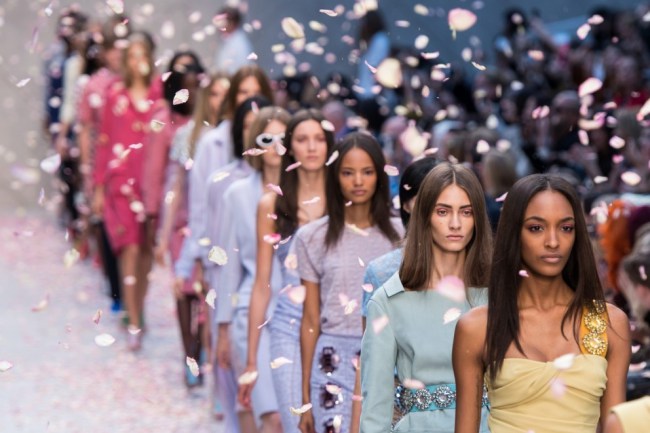 What can be said about Burberry that hasnâ€™t already been said a thousand times?

Pastel colours mostly ruled the runway, starting out in lace pencil skirts, and developing into sheer shirts and fluffy clutches.

Surprisingly, the favourite Burberry trench coat was nowhere to be seen.

Keeping with the usual fail proof Burberry formula however, the catwalk was packed with the most famous supermodels and the front row squeezed full of the â€œBrit Fash Packâ€, which included Sienna Miller and Suki Waterhouse.

Popâ€™s hot young thing Harry Styles pretty much stole the show in his leopard print ensemble, with a majority of the tweets sent out during the Burberry show being about him, his new leopard print fetish, and the flower petals that fell in his hair after the show finale, where flower petals started raining on the audience.

Of course, no Burberry show would be complete without Burberry poster girl, Cara Delevigne, closing the show in a clear plastic jacket, adorned at the shoulders. 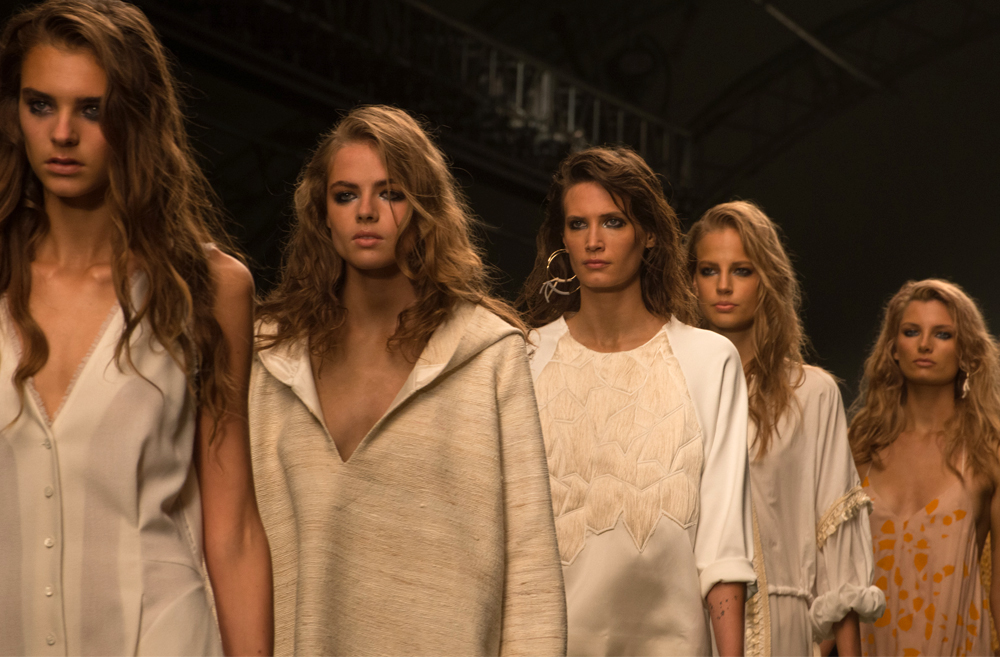 Anna Wintour sitting front row at a show pretty much cements Topshop’s status as a high-end, worthy fashion line.Â And it also means we can expect to see a lot more Topshop pieces emblazoned across the pages of US Vogue.

Bold patterns printed on silk were a heavy feature of the Topshop Unique show, on singlets, light spring jackets and sundresses of all sorts.

Sliders and pimsolls of white, cream and metallic were the shoes of choice, and just another indication that flats are back, and simplicity is key when it comes to this seasons sandals.

The entire collection was sporty yet urban, and as always with Topshop, extremely wearable.

This spring also seems to be a good time to start getting your back out, with almost every item worn down the runway, in the form of a singlet or a dress, was backless.

And once again, British queen of the runway Cara Delevigne closed the show in a mirrored mosaic sundress, shooting her friends in the front row a defiant wink. 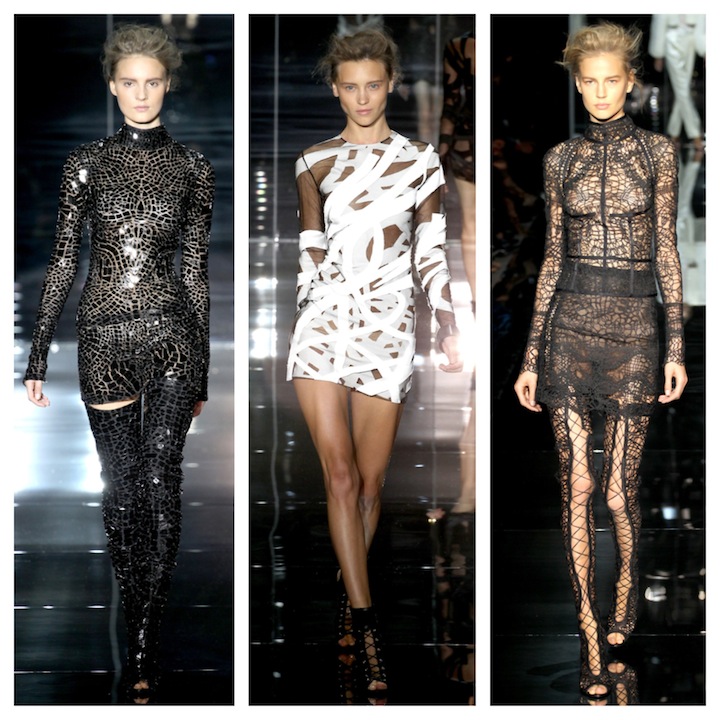 With Vogue saying â€œ[Tom Ford] gave it to them, in full force â€“ a wardrobe for making killer entrances and exits, for women to whom easy dressing is for wimpsâ€,Â Tom Ford was hands down the sexiest show of London Fashion Week.

With models strutting down the runway to a JAY-Z soundtrack, every single one of them oozed sex appeal in tight body-con dresses, embellished with sparkles and shine.

In fact, Ford didnâ€™t just redefine the party dress, he redefined sexy.Â  Tight white leather?Â  Usually a hell to the no.

In Tom Fordâ€™s case, sexy.Â  Pink bodycon dress with cut outs here there and everywhere?Â  Usually a hell to the no.

Chow Down at Chop Chop Chang’s