This year’s Brisbane Oz Comic Con follows last year’s success with Shadowhunter guests. Instead of the heroes, we have the villain – Jonathan Morgenstern. We chat with Baines as he describes what it was like playing a villain

The Creative Issue: I was doing my research on Wikipedia, a very reliable website, and it says you played David Bowie! Is that real?

Luke Baines: It is, but it’s actually the only thing I can’t talk about. It was a show… that’s pretty much all I can say.

TCI: I was also excited because it said David Fincher as the director and I was like, wait, what? But that’s okay.

TCI: Talking about notable directors, I know Wes Craven was the producer for this one… you worked on The Girls in the Photographs. Did you ever get to say hello to Wes Craven?

LB: The first time I actually met Wes was at our table read before we went to Canada to shoot. I didn’t know he had been very instrumental in passing the project. I heard, during the audition process, he was reviewing everyone’s tapes and I was someone that he pushed for. I’m a huge fan of his as well, so when I heard that, I was very taken aback. I met him at the table readings and I was 5 minutes late. Of course, everyone was there on time. So everyone was already sat down and I just walked in. They didn’t tell us Wes was coming. I walked in and I was like “oh God, that’s Wes Craven, oh God, what do I do?!” They only thought I could think in my head was “I’m getting fired, I’m getting fired.”

Afterwards, he came up to me and told me it was incredible and gave me some really kind words, which was nice. He talked a lot about the fact that if anyone in the industry tells you that they have a great film or a great production before they filmed it, you know that they’re lying because you can never tell. You might have a great script and a great cast but it might not work in the end. He said, I will tell you this is one of the best scripts I’ve ever read. The cast is perfect for the film. Nick is such an incredible director. He said he was so excited for the film.

My only regret is that I didn’t fangirl as much as I wanted to. My plan was to, once I finished the film, I could finally be truthful with him and tell him that I’m such a massive fan and that Scream is one of the reasons I wanted to be an actor. But unfortunately he passed away and I never got that chance. But I did get to meet him and I have a photo with him, which I’ll cherish.

TCI: How was it like playing a serial killer?

LB: It’s icky, if I’m honest. It’s a great acting challenge. You get to put yourself in the mind of someone who’s so far from who you are, and that is wonderful. And it’s really wonderful that they gave you the freedom to play with the character in very different ways. I actually interviewed a guy who worked for the FBI profiling. He helped me come up with, basically a real-life case study of who the killer I’m playing would be if he was real. That was really wonderful and great to hear research and talk about a character that way. But, I honestly, I would cry when I left the set. It’s not fun to sit opposite someone – there was a scene where I’ve got this girl and she’s in a cage and she’s crying and screaming, and I have to torment her. It would feel horrific. You’d leave and you’d feel so gross.

One of the first scenes we shot there is a girl we kidnap and we had to pull her out of the backseat of a car. We were doing that with a stunt actress and I kept flinching and going down to pick her up. The director was like “what are you doing?” And I was like “I’m sorry, it’s just my instinct.” “You’re the killer!” It definitely goes against every fibre of my being. 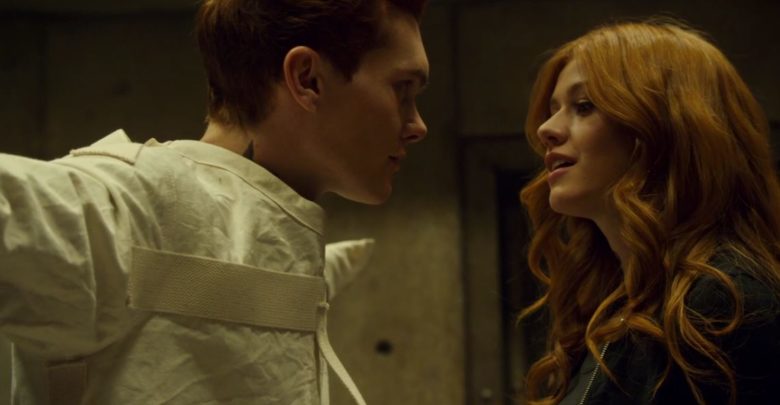 TCI: You’ve played another villain; Jonathan. How were your experiences playing him?

LB: It wasn’t as emotionally intense as it was doing to The Girl in the Photograph, because the content was obviously a lot different. It was still really hard. My character went through a very big emotional journey across the twelve episodes that I did. For two episodes I was locked in a straight jacket in a cell. That takes it out of you. I also injured myself quite a lot.  I dislocated my shoulder and I fractured everywhere. That was harder and taxing and at the same time it’s a job of a lifetime. To play someone that complex on a show that is so stylised and so hyped, it was really cool. Stepping onto some of those sets, I couldn’t believe it. There are parts of it I still don’t believe. I saw someone post a picture of me in the Seelie Realm – the fairy world – and I saw it and I’m like “wow!” It’s so cool that I got to do that. 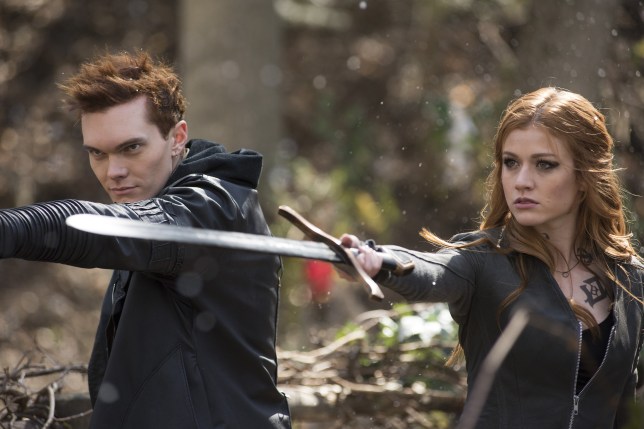 TCI: I also saw that you did you have a musical theatre background – how was the change between that and going on-screen.

LB: It’s really interesting because it’s such a completely different medium. Musical theatre, specifically, is very – the stakes are very high. Really, when you’re performing, you have to perform for that person in the back row. So when you get onto a film set, it’s so different because everything has to be still and small because everything, when you see it in the cinema, it’s a lot bigger. So that can be an interesting transition. I think I’m more naturally suited to film because I tend to make realistic choices, I think. When I was doing theatre, I always got a lot of “think of that person in the back row” – like always trying to make me be bigger and make bold choices. It’s not something that comes naturally to me. Whereas on film I feel a lot more comfortable. I feel more confident to make choices that I would do in everyday life.

Luke Baines will be at Brisbane Oz Comic Con this Saturday and Sunday.

To buy tickets and to find out more, check out: https://ozcomiccon.com/brisbane/

Hockey Dad Get Us Hyped For Beer InCider