Paces is the man behind the music and The Creative Issue have got him in for a tour recap and interview, he really is the music in Tkay Maidzas hit song â€œSwitch Lanesâ€ which polled at number 100 in Triple Jâ€™s hottest 100. She needs no introduction, as Tkay is blowing up, she has just wrapped up on a tour with Charlie XCX, thatâ€™s big. Paces-who is a Gold Coast guy, has a dope clothing label, he is one half of Surecut Kids, and he is seriously a veteran of Australian dance music. Tropical sounds and intricate hip hop blended in with the musical equivalent of a French bulldog making love with Drake he is one bad ass producer. The tour was named after his newest single – â€˜Nothingâ€™s foreverâ€™ which features vocals from Perth singer â€œkuckaâ€ who was triple j’s unearthed feature artist in July last year.

TCI-Let’s start with a highlight reel! What was the best 3 moments of your tour?

Paces –
â€¢ Getting everyone up on stage for the last song of each show.
â€¢ Getting to perform with Kucka – she is incredible!
â€¢ Seeing all the smiling people and hearing them all singing along. There was so much positivity at those shows!

TCI- What was it like playing your beats live with a vocalist on stage with you (kucka)?

Paces-Â It’s the best! It’s already really fun just playing live versions of your own tunes but having someone like her there to sing is unbeatable.

TCI- How many emojis do you use on average a day ?

TCI-Your tinashe remix is pretty huge ! Who else you looking to work with or would be a dream?

Paces -Â Thanks man! I’d really love to work with Grimes and La Roux. Those would be my ultimate vocal collabs. Beats-wise I’d have to say Cashmere Cat.

TCI-The Gold Coast has been home for a while now, where’s your favourite Gold Coast breakfast, lunch and dinner place, where do you party there?

Paces -Â There’s a really good burger spot in Burleigh called Ze Pickle. They do really good eats, plus they have craft beers on tap AND it’s close to my place.
As for partying on the coast, for me it’s definitely Rattle Snake Motel!

TCI-What do you look for in vocalists, when producing tracks ?

Paces-Just a unique voice. There’s no particular quality that I search for, other than someone who stands out.

TCI- Have you found your perfect formula in producing now ( your sound ) ?

Paces-Well I def wouldn’t say it’s a perfect formula but I know how I want my tunes to sound now for sure. It’s good to have a starting point or at least a few sounds that you use regularly. Then you can get experimental from there onwards and still have it sound like you.

TCI- What’s coming up for paces?

Paces-I’ve got a new track coming out very soon. Can’t tell you much about it just yet but sit tight for a few weeks and you’ll hear it.

TCI-If you owned a club / clubnight, what would you call it and what music would theme it?

Paces-I’d call it ‘Weddings’ and it would just play cheesy party tracks every weekend haha! I bet that exists somewhere. 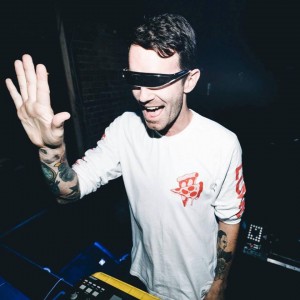 TCI-Anything paces fans should know that they may not already ?

Paces-I can flare my nostrils… fast. Like, really fast.

TCI-What’s your favourite peice of hardware if you have one and why?

Paces-I’m not really a hardware type of guy to be honest. I do everything in the box. So the only hardware I have is a midi keyboard and my MPD which I use for the live shows. I’d love to have some cool synths but i really like being able to work on the road and that just doesn’t allow for dragging a big synth around.

TCI-What is your dream rider? Has it ever been met?

Paces-I once said in an interview that I’d love to have sushi and chocolate cake on my rider. My booking agent happened to read the interview and added those things to my list! I’ve only ever received the cake once though, in Mandurah.

TCI-What are you doing tomorrow ?

Paces-I’ve got a few new originals and remixes that I want to start incorporating into the shows, so tomorrow I’ll be figuring out how to play them live. 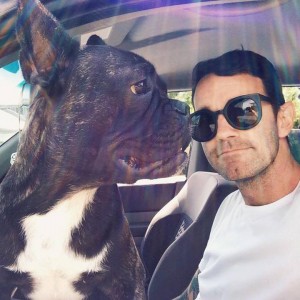 That’s all we had time for, but it was a lovely chat. be sure to keep an eye out for Mikeys new music coming soon.