Calling all Francophiles and international theatre-lovers for an immersive, comedic French experience.

Concerned with how this fast-paced dialogue would translate through subtitles, I asked Brisbane French Theatre president Celine how the production team have ensured English-speaking audiences will be able to keep up with the comedy. She explained the production team has worked hard to produce English subtitles for the French dialogue both “faithful to the script and easy enough to process by the audience.” In addition to the subtitles, the play also relies on body language and context to convey the translations and comedy. 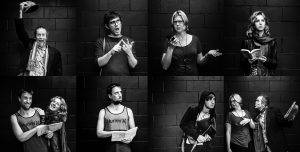 For music, Alas, April includes a number of French classics as well as an original track written by Brisbane French Theatre’s Hugues Girod, who will perform the song live on stage. The play features French author David Foenkinos as Artistic Director. According to Celine, having Foenkinos’s as Artistic Director for Alas, April provides “great support that demonstrate[s] that the Brisbane French Theatre is an emerging association into the Brisbane community. It also shows the strong connection of the French culture between France and Australia.”

See you in the Metro.

imbi the girl Joins Listen Out Lineup and Drops swell