In the comedy world, the goal is to entertain and enlighten. One man who is taking on this lofty goal is Jacques Barrett. We recently talked to him about his place within the comedy world, his hopes, goals and aspirations, both personal and for the comedy scene, his idols and his new show as part of the Brisbane Comedy Festival.

Jacques Barrett is a Sydney based comedian, he has been a part of the Australian comedy scene for years now, and has been headlining at clubs and festivals just as long, as well as touring internationally over the last couple of years as an iced-cherry on his comedy crown. From radio to stage Jacques brings his effervescence to all his shows and his upcoming show “Jacques Barrett is Particularly Good at This” is sure to be a hit.

As a way of understanding the man of the hour a bit better from the off, we asked Jacques about his origins, and the things that attracted him to comedy, “I got dared to do comedy, by a female friend who I had a huge crush on, and I thought this would be the thing that would win her over. I wasn’t attracted to the comedy scene, I was lead to the comedy scene by a, let’s just call it “a certain desire”… she said, “you’re funny, why don’t you do comedy ?” and my whole body just went “we’re doing it bro”, and so I tried and I was pretty good to begin with, for the first couple of shows and then I had a couple of deaths, I thought I had the hang of it, and then I died horrifically, twice in a row and it shattered me and she was at one of those shows, it was fine because I’d kind of realised that I’d fallen in love with comedy at that point.”

This sentimentality forged a curiosity in how Jacques would define his own style, and asked him to explain, in his own words, what the core of his comedy was, “I do what’s called stand-up, there’s a difference between stand-up and generally just comedy, comedy is just words in a row or performance that makes people laugh, but stand-up is the traditional, I see it, as the American art form where you put the system on trial and you communicate ideas and social progress and social commentary and you make it palatable via making it funny, so you’re essentially saying “here’s what I think is [crap] about the planet, but I’m not going to ruin your night, I’m going to make you laugh about it as well, and hopefully we can change something”. Every time I go on stage, everything I say has to have an element of truth, it needs to highlight a problem with how I see the world, and it needs to offer a funny solution to it. But above all … funny comes first if I’ve got something that I want to say, a problem I see … if I can’t make it funny, I don’t bother, I’m not up there preaching. My job is to make people laugh, I love making people laugh but if I can make them laugh and maybe bend their way of thinking, to something I think might be better for humans, hundred percent in.

Curious about where in the world that he dreamed to perform one day, we moved on to the proceeding question and got such an immediate and strong answer, you’d swear he’d been thinking about this for a while. “The Comedy Cellar, in New York. It’s where all my greatest comedy idols all get up on a regular basis and try out new material, all my favorite comedians in the world, Patton Oswalt, Bill Burr … The Cellar is like the main club, and I may have put that plan together to get over to New York and potentially get up there … I’m going to be going all in, in about a year and a half, and make that dream happen, it’s an achievable goal [but] it’d mean a lot to me.”

Leading on from this, we asked which international comedian he’d most like to perform with or in short idolize, “Patton Oswalt … He’s funny, he’s dark, he’s offensive but charming, if you go on YouTube [and search for] “Patton Oswalt The Miracle of Childbirth”, it is the funniest two and a half minutes of comedy I have ever heard in my life, and I don’t think anything will ever compete with it.”

Given his tenure in the comedy scene, and his headlining power of character, we enquired if he had any advice to give to aspiring comics, “I would say my advice would be mainly for women who want to get into comedy, because there’s a big gap in the number of men and women doing comedy, it’s eighty percent men, twenty percent women, and that’s not because men are blocking women from coming into comedy, it’s kind of the exact opposite, men who do comedy are very much aware of the disparity and very keen to get women to start doing comedy … if you’re a funny female and you’ve got a good twenty minutes of comedy, strap in because you’re going to the top, very [very] quickly.“

We mentioned in passing at this time some of the women we’ve interviewed as part of this year’s Brisbane Comedy Festival, and Jacques had nothing but nice and supportive things to say about them, and his genuine enthusiasm for awesome female comedians was noted.

“It’s sort of far more advantageous to be female in comedy than it is to be a straight white male, because it’s almost like the world has heard everything we’ve had to say, though that’s not quite true because we’re all constantly finding ways to be original, but the world wants to hear other voices, and that’s good.” 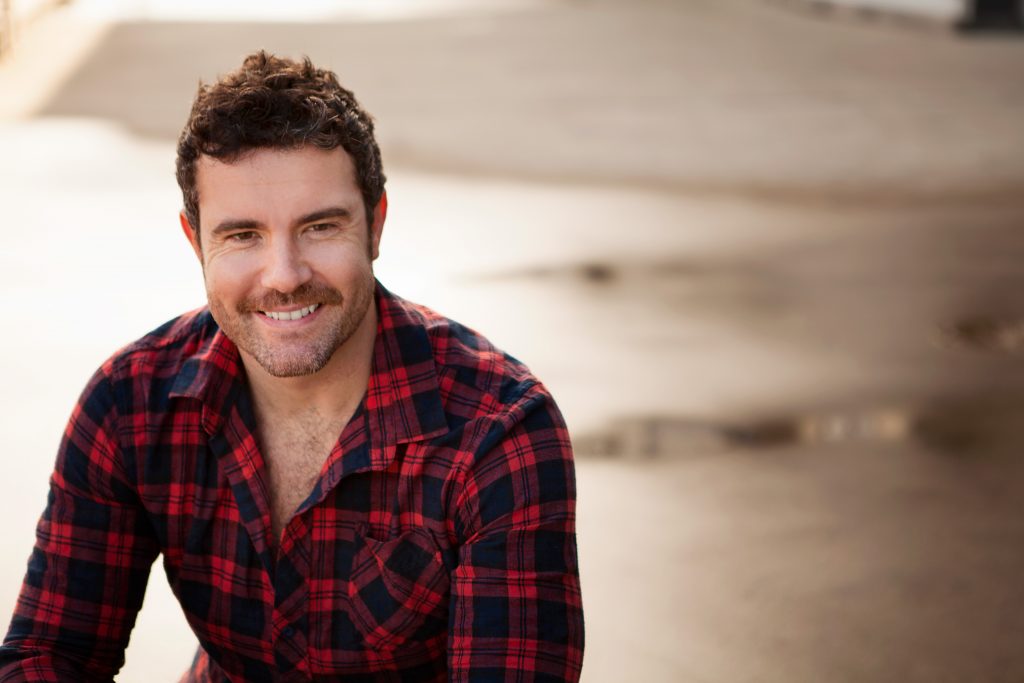 In regard to his show’s themes of tearing down the ultra-successful, we inquired as to what outside of comedy he’d like to excel at and got some life advice to boot, “Outside of comedy? I’d like to be hugely successful at snowboarding, actually probably extreme sports in general … I haven’t really thought about any other career choice outside of comedy, you’ve really got to go all in, there’s no such thing as having a plan B in comedy, as soon as you’ve got a plan B, your plan A starts to fall apart. So, I’ve got a plan A, and a plan A-minus.”

His parents have been major influencers in his comedic life, with his mother being hugely supportive, if embarrassing at times, “I ran my material past my mum when I first started out, which I obviously don’t do anymore, big mistake. She’s funny, but she laughs at certain things. So this joke I [told] was “I was dating a girl from Ethiopia, for a while there, and she spoke Swahili which is a beautiful language, and I remember the first night we met, we just clicked”, … I’m doing that [joke] at an open mic … and it kind of made everyone feel uncomfortable … and one guy in the crowd goes “mate, that’s not funny” and my mum goes “yes it is” on the other side of the room … and I went “ladies and gentleman, that’s my mother” and everyone laughed because they thought I was joking, huge laughter, and it died down, and for some reason, because I’m too new to comedy [at the time], that I don’t realise, just leave it and keep going on with something else. I was speaking out of truth, so I said “no, that’s actually my mother” and then this really uncomfortable sadness came over the audience … and I just tried to trickle through the next two or three minutes. Then the MC came back out, and then did a sort of [finger-gun] and went click at my mum, and then said, “good to see you again, Mrs. Barrett” and the crowd just loses it.”

And his father contributing to his best comedy memories “… seeing my dad laugh at one of my jokes was really good, it was some material about him, and it was a little dicey, a little confessional like it’s quite honest about some of the things he’s done and said when I was a kid, which were fine. But just looking over and seeing dad really laughing, like almost to tears laughing, was pretty important to me … so when I actually made him laugh and saw that, that felt really good, and felt like a relief, felt like I’d made the right choice in terms of doing comedy.

We wrapped the interview by asking Jacques for his parting words, and were not disappointed by his frank honesty, “I guess all I can talk about is comedy. I know there’s a culture of people getting offended or outraged over things that they deem to be offensive, that comedians say, and that’s fine, I totally understand, I’m not trying to change anyone’s opinions. But with comedy, I think, all you have to remember with all comedians is, whether we acknowledge it or not, we’re attempting to bring joy into the world. It’s what we do … every point when we get on stage is to highlight the shitness [SIC] of human existence and try and make fun of it in a way that makes it less intimidating, and sometimes you accidentally make someone offended. Please know that comedians, at every goal, at every stage just want to bring more joy into the world, than was here when we first got here … and they’re all fighting the good fight, so just go easy on them, we’re doing our best.”

Empowerment from Beneath: How Lingerie is Emboldening Women