The creative industries can sometimes seem a contradiction in terms â€“ projects everywhere, but never a career in sight. The Pathfinder series features interviews with Brisbaneâ€™s leading creative practitioners, trailblazers on the long road from artistic hobby to a professional calling. 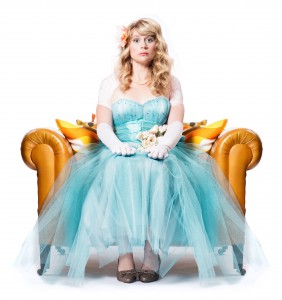 Her first play,Â Other Countries,Â was shortlisted for the Queensland Premierâ€™s Drama Award, ultimately leading to her selection in La Boite Theatre Companyâ€™s first Playwrights-in-Residence program.

Itâ€™s an intensive year of workshops, masterclasses and public readings with some of Australiaâ€™s leading thespians.Â  Of course, Kathryn has added to this a major role in La Boiteâ€™s upcoming The Glass Menagerie.

I managed to elbow my way into Kathryn Marquetâ€™s busy schedule.

Itâ€™s a program for four emerging and young writers over a whole year. We cover a series of masterclasses with various writers and dramaturges, and then we have a staged reading of the works in September.

Itâ€™s got quite a national focus, trying to connect us in Brisbane with professionals all over Australia.

CD: How did you write Other Countries, your first play?

I just wrote it on my own time. There was a bit of a lull in the acting work at that time â€“ and I was single, which always helps. People have been so positive about it and doors have been opening, so itâ€™s really nice.

At the moment Iâ€™m working as an actor here. We start rehearsals [for The Glass Menagerie] at 10AM and go until 6PM.

Iâ€™m also working on a quirky comedy about a young family thatâ€™s falling apart. The major character is an insurance detective who investigates a call-in about someone whoâ€™s been abducted by aliens. Itâ€™s a dark comedy.

CD: How healthy is Brisbane theatre? 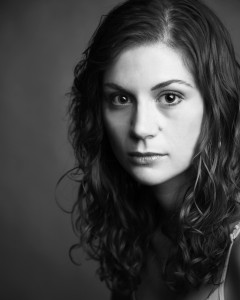 It has been difficult the last few years, particularly because a lot of summer TV work seems to have dried up here. But I canâ€™t imagine there would ever be a time where it was easy for artists â€“ thatâ€™s not the name of the game.

Iâ€™ve played some great roles, and I may not have had those opportunities if I was living in Sydney or Melbourne.

CD: Whatâ€™s your advice for emerging actors and playwrights?

You just have to keep at it. Keep doing what you do and, eventually, someone is going to take notice.

Thatâ€™s a really hard question. If youâ€™re 15 and youâ€™re still at school, by all means, but there comes a point where you need to say, no, Iâ€™m a professional artist. You may not be paid for what you do, but it needs to be working with other professionals.

If you try to always work with people who know more than you do, eventually you can find yourself in a really good place.