Patrik Williams: Bringing the Music and the Magic

I recently had the pleasure of speaking to Brisbane’s acoustic virtuoso, Patrik Williams. In this interview, Patrik discusses the local music scene, overcoming anxiety through writing and gives some advice for rising artists.

After releasing his soul-stirring debut single ‘Try’ in 2019 followed by the mellow finger-picked acoustic instrumental, ‘Evangeline’, Patrik is making a comeback this year to deliver his new inspiring single, ‘Yesterday’.

The Creative Issue: What was the decider for you that music and producing was something that you would want to pursue?

Patrik Williams: Well music has always been a part of my life, my mum and dad met in a band and all my family members have been musical in some way, so it was a calling for me from a very young age. Production is something I have discovered more so in recent years, and I have discovered how it can really be just as much of a musical process as songwriting or performing, with the ability to design synths, utilise effects like reverb, delay and so on; you can really enhance a song with techniques such as those.

TCI: You’re a Brissie local. What’s it like performing locally? Do you ever see old friends in the crowd?

PW: Brisbane really is a music hub if you know where to go. There is a lot of support for local acts at venues all over the valley and the city, though the hardest thing really can be finding the contact for venues in the first place. Venues like Tomcat, Empire Hotel and The Brightside, to name a few, are very supportive of local talent with Tomcat constantly providing new acts at their venue. The Brightside’s battle of the bands competition does draw a lot of audience members and provides a real chance for up-and-comers to share their music with the public. And honestly, the amount of support you get from mates and casual listeners is honestly overwhelming at times, and just like any night in the valley, you’re going to at least see a few familiar faces either in the crowd or out in the streets before the gig.

PW: Honestly, my favourite venues have got to be The Brightside, QPAC’s Green Jam Stage, Tomcat, the Milk Factory and I am so excited for my new launch at Black Bear Lodge, as it is a venue I have seen so many great artists perform at and it just would be incredible to know that I have shared the stage that many great artists have also performed on.

TCI: You gave us a bit of a teaser of the upcoming single ‘Yesterday’ at the Indie Dahlings gig at Tomcat a few weeks ago. What’s the inspiration and concept behind the song?

PW: As someone who deals with anxiety, I find it helpful to put my thoughts down to paper, and this song is one of the outcomes from those anxiety episodes. I like for people to put their own message to my music, but for me, this song is about getting caught up in the past, and therefore missing out on the present and worrying too much about the future. I hope whoever listens to the song can at least find some understanding that you can push through the tough times to find those happy moments in life. 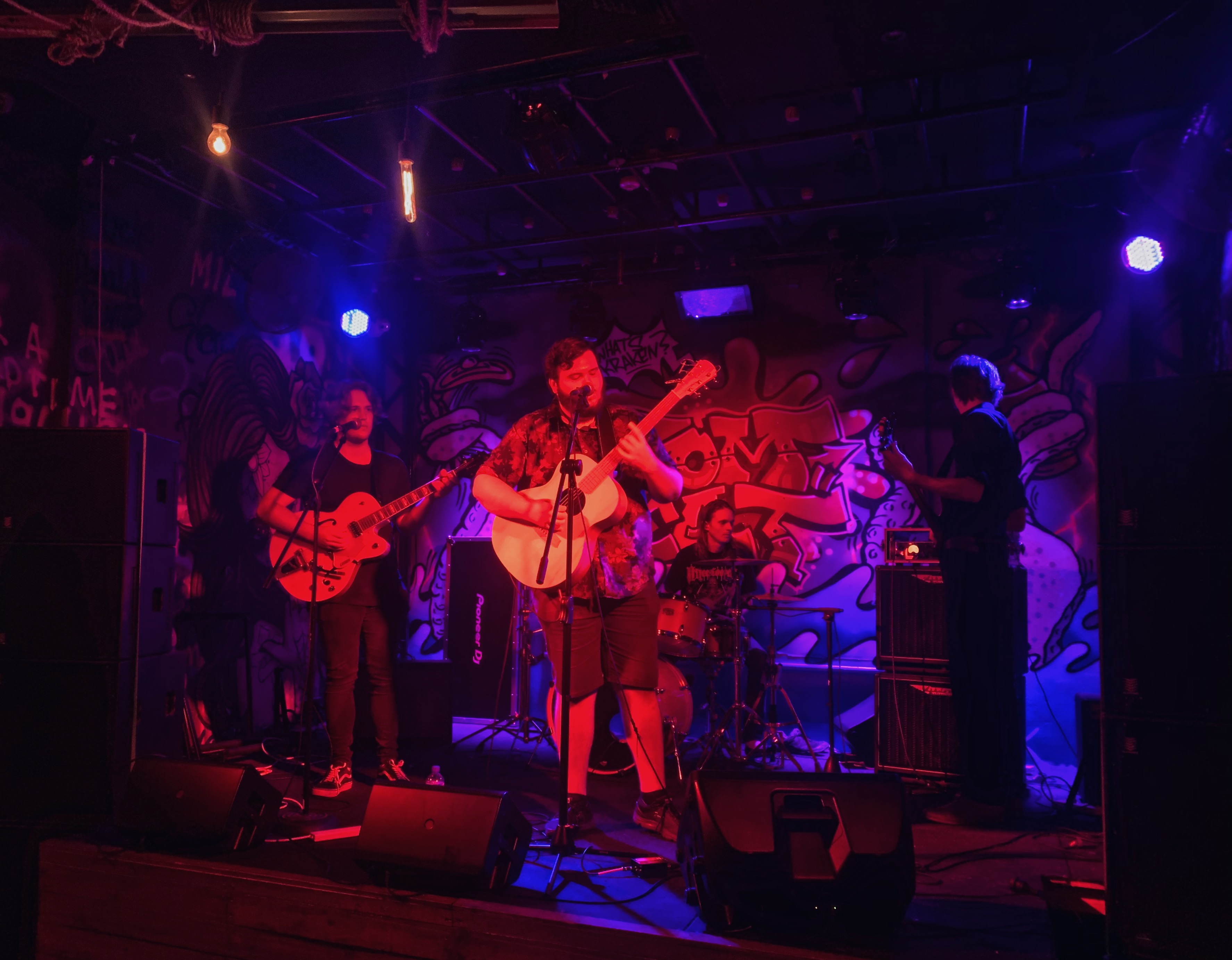 TCI: Who influences your sound and who are your inspirations?

PW: I’ve been a huge fan of fingerpicked guitar and folk-rock music for a very long time, and I definitely would have to say my biggest influences are Tommy Emmanuel and Daniel Champagne. They are crazy good acoustic guitarists who make the guitar sing and that is something that I strive to do in my work. I believe the instrumentation is just as important as the lyrics and vocals, and this is evident in my live work and in my singles as well.

I love blues music and artists such as Lloyd Spiegel and I also love listening to alt-rock bands such as Mom Jeans and American Football; if you haven’t listened to them and like alt-rock, give them a listen! Overall, all these artists and styles I have mentioned are what influence me every day in my music making, and whilst not every song uses every influence, I find it nice having a broad musical listening range, as it means I find it hard to be bored by music.

TCI: Have you got any new songs or perhaps an album in the works?

PW: Maybe… okay yes. I’m always working on new musical projects and I have my next couple of releases near completion. I don’t want to give too much away, but an EP is definitely a huge possibility in the future.

TCI: What’s your favourite song you’ve written and why?

PW: Honestly, I have a few favourites that I have written, but probably my proudest work of the past has got to be my debut single ‘Try’ that I released last year. It was my first song released to the world, and it just came together so nicely. The songs message is about taking opportunities and evolving in your life. For the longest time I found myself doing the same things over and over again and I would put off making decisions for myself and just avoid the subject entirely.

And I found that when I actually confronted those decisions and made that choice, my life brightened up and now, I’m constantly looking for that next learning experience. The lyrics and instrumentation sum up everything I love about music and it makes me proud to think that that song has resonated with my listeners in a positive way, and it is thanks to that song that I am releasing more and more music today.

TCI: I’ve never met a musician who is also a magician! How did you get into that?

PW: Honestly, in high school, magic was my way of communicating with people because I am such a nerd. Magic brought me out of my shell, and I still do tricks to this day and furthermore it’s what gave me the confidence to be a performer, which is what I do with my music all the time. I do want to bring magic into my musical act one day, but I have no idea when that is gonna happen, I just know it is something that I would love to do some time, even just for fun.

TCI: Do you have any advice or words of wisdom for upcoming artists like yourself?

PW: Look, I am still figuring things out myself and know that everyone is learning different skills at different times, but if you can find a bit of happiness in your daily routine and learn something new as often as possible, then life will remain fresh and you will quickly find new and exciting opportunities that were standing in front of you. So, if you are procrastinating learning an instrument, or joining a gym or catching up with that friend, honestly just go for it, the worst that’s gonna happen is that it didn’t work for you, but it is always better to try.

Patrik’s single launch for ‘Yesterday’ will be held at Black Bear Lodge in Fortitude Valley and will be supported by the soulful folk duo, Sir & Lydia, as well as Off Plum to kick off the night!