Hold onto your bÃ©rets and bust out your baguettes ! Paul Taylor is coming Down Under this July.

As an ambassador for Le Festival, Brisbaneâ€™s annual French festival, his debut at the iconic Fortitude Valley Tivoli will be one of a kind, right at the start of French Week. A performance half in English, half in French, Taylor explores the world, culture and language that has had Anglos both falling in love and scratching their heads in bemusement for a long time. The Creative Issue had a chat with Paul this week about his upcoming show, Franglais, and his love for both French culture and making fun of it.

â€œI didnâ€™t really have a comedic background myself or my parents or anything like that. But when I started watching stand up when I was a kid, I just really enjoyed it and I think the moment when I thought ‘Oh I really want to do this’ was when I was at university, it was my final year at university in London and I just went on this binge of watching a bunch of stand-up comedy and I thought â€˜This could be something to try and doâ€™”

“Then I went to a couple of open mics in London while I was still at university; and when I moved to France when I graduated, I didnâ€™t really do anything stage-wise for about three years and then eventually in 2013â€¦thatâ€™s kind of my official start date that I give people is January, like it was my New Yearâ€™s resolution in 2013 was to get on stage and try and make French people laugh which had its added challenges but yeah thatâ€™s my official start date even though I had been on stage in London a couple of times before that, before I moved to France.â€ 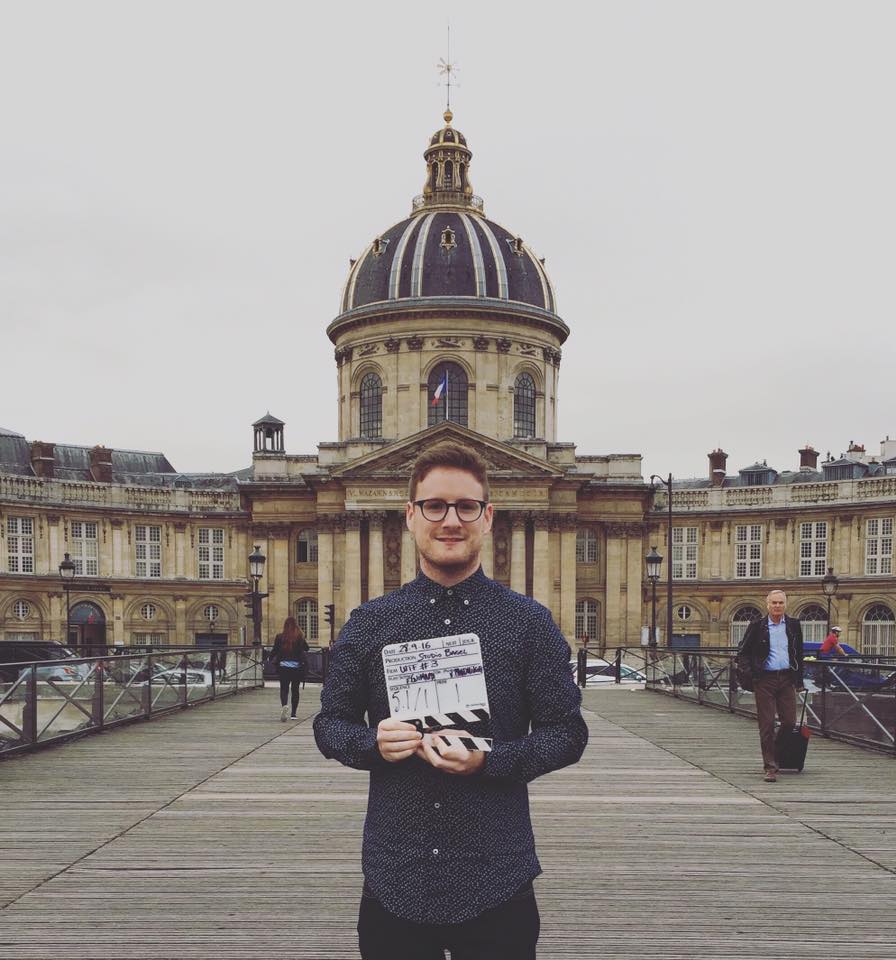 You might be wondering why French people love this comically bemused attitude towards their culture and way of life in Paulâ€™s material; however, he believes that there are two reasons for this.

â€œItâ€™s a lot of fun to make fun of the Frenchâ€¦ I like it, I mean I find it fun making fun of anyone, you know, I guess thatâ€™s the whole thingâ€¦ I think French people like it so much because – I think for two reasons, one, they like people talking about them, French people like the promotion of French culture, whatever it means, right? and I think they like that even more when it comes from somebody elseâ€¦that they accept that I make fun of them is I think itâ€™s – I got a bit of credibility because I spent some time in France when I was a kid so I speak really good Frenchâ€¦I think itâ€™s clear to them that deep down I know a lot about France and I do like, I love living here.â€

â€œYeah Paris is cool…Compared to London itâ€™s a lot more relaxing, but you can probably hear the siren behind me, as Iâ€™m speaking. Yeah life is a bit more relaxed, like London I just feel has too many people, everyoneâ€™s stressed out and all they want to do is work, itâ€™s a very work orientated city whereas Paris is, obviously people still do work, but then they concentrate more on the after work and thereâ€™s bars that have got open air terraces everywhere and people do stuff on the weekend and it just feels more relaxed, people are in less of a rush to do stuff than they are in London, so I enjoy living here.â€

The stand-up scene, like any performing arts, can be competitive and gruelling. In France however, stand up is only just beginning to gather speed as a legitimate form of comedy and Paul reflected a bit on his experiences starting out with a relatively unknown art form.

â€œThe comedy scene here is an interesting one really because stand-up comedy has only really existed in France for about ten years. It was brought over by a guy calledâ€¦Jamel Debbouzeâ€¦ and it was created â€“ the interesting thing is is itâ€™s got a stigma in France that itâ€™s just basically immigrants… or ethnic minorities that do stand-up because it was started by someone from an ethnic minorityâ€¦and when I started doing comedy stand-up here about four years ago, there were very few white people doing itâ€¦so it was difficult for me to get onto stage and be like ‘hey everyone! Iâ€™m white, Iâ€™m English but I speak French and thereâ€™s things I donâ€™t understand in France’ it was very difficult for me to relate to them or for them to relate to me, more-so, but as time, the last few years have gone on, itâ€™s become more of an accepted form of theatre.” 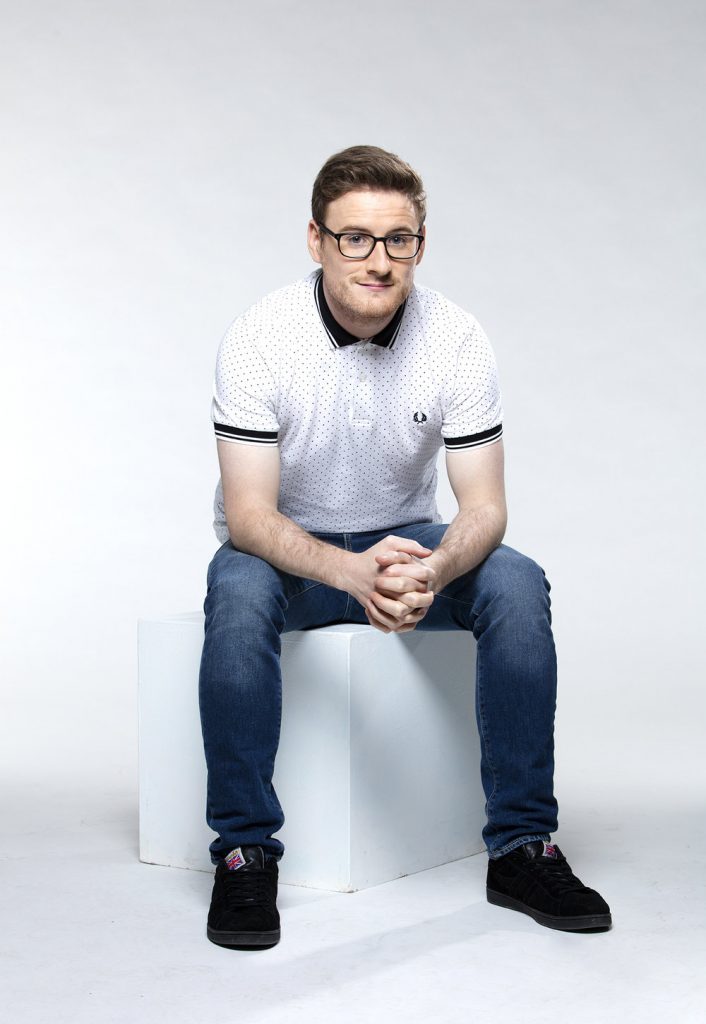 For those wondering what to expect from a show thatâ€™s half in French with no subtitles, donâ€™t worry, youâ€™re not alone.

â€œIâ€™ve got no idea. Iâ€™ve got really no idea what Iâ€™m jumping into really, because I donâ€™t know what the audience is going to be like for the show. I know itâ€™s the French Festival thatâ€™s been organising it and helping promote them and stuff like that so I presume Iâ€™ll have some sort of a French audience there and presumably their other halvesâ€¦ and their level of French might not be as good as the French people.â€

â€œIf the audience was fully French I would have a bit of an idea of how it would work, I think it would go down well because, since Iâ€™m an expat in France I think that the expats from France and the other countries really appreciate the stuff that I talk about…Iâ€™m looking forward to the challenges of having to adapt my show for people who donâ€™t really know France that much, because thereâ€™s a lot of references in there and a lot of things that I talk about that you kind of â€“ you either need to know France very well or have lived here so Iâ€™m looking forward to being more explanatory about some of the jokes but just finding jokes in the explanations of them.â€

Finally, for those of you who have always wanted to do comedy but have never known where to start, Paul believes that it is simply a matter of getting some stage time.

â€œThatâ€™s the best and biggest thing, is just to â€“ I mean I think thereâ€™s books, thereâ€™s courses you can do that can kind of prepare you, or try and prepare you to what itâ€™s going to be like but you can never, none of that prepares you for actually getting on stage and doing it. So my tip for people starting out is finding five minutes of stuff that they think is funny and then basically getting on stage at open mic nights and trying it out.

â€œUsually the first, at least, fifty times that you go up, thereâ€™s something that doesnâ€™t work, or it goes well but you donâ€™t feel right and itâ€™s just the getting through the stage fright even though when I started I didnâ€™t have stage fright so I wasnâ€™t afraid of getting on stage but when I was on stage I didnâ€™t have my full personality like I had thisâ€¦thing that stops you from being who you want to be because youâ€™re a little bit embarrassed so yeah it just comes with the time on stage, that feeling sort of disappears and you can slowly become yourselfâ€¦if youâ€™ve got a gig every week itâ€™s not so necessary to write new stuff every week itâ€™s to hone in and make that five minutes as good as it can be.â€

A Night at “The Dream Walker” Launch