A cappella vocal sensation Pentatonix have announced that they will be performing three shows on their very first tour of Australia.

Their final show of the tour will be at The Tivoli in Fortitude Valley.

This Australian tour is part of a larger worldwide tour which will see the group perform a series of shows in East Asia right before heading down under.

This five-piece ensemble gained worldwide attention after winning season three of the NBC showÂ The Sing-Off.

Since then, they have made a name for themselves with their covers of famous pop songs, done in their own unique a cappella style.

In November 2013, Pentatonix released their second full-length album PTX, Vol. IIÂ which included covers from popular artists such as Calvin Harris, Swedish House Mafia and Macklemore and Ryan Lewis as well as their own compositions.

The termÂ a cappella means that the music is performed with voices only, no instruments.

Because of this restriction, Pentatonix are able to show off their amazing vocal abilities by imitating these electronic sounds as well as singing in a conventional style

The group’s ‘drum’ beats are supplied by their resident beatbox virtuoso Kevin “K.O.” Olusola while the other four members sing over the top of him. 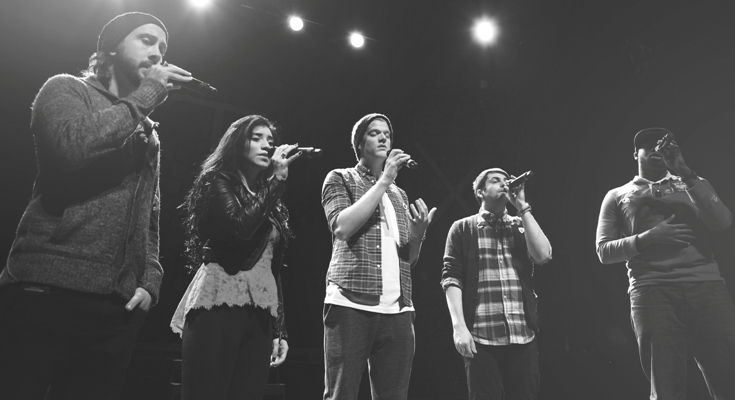 Pentatonix have received acclaim from pop music fans and choral music aficionados alike, meaning that a very diverse crowd should enjoy their first ever show in Brisbane.

More info:Â This is an all-ages and alcohol-free event.

Review: Heart of a Lion, the Scandinavian Film Festival