Renowned Australian singer-songwriter Pete Murray has returned with a delightful new EP and caught up with TCI to chat about his inspirations, songwriting, and new co-writing experience.

Emerging in the early 2000s, Pete quickly rose to fame with his irresistible and easy-listening tunes, and has since accumulated several ARIA nominations and an impressive discography that is loved by many.

Recognised for his iconic vocals and rich acoustic sound, this EP certainly lives up to the high standards of his past work. Pete describes it as “moody, moving, and inspirational” and truly gives an introspective look into his family and life experiences. Although he has generally stuck to his roots with this body of work, he has branched out and explored co-writing for the first time, working on ‘If We Never Dance Again’ with Morgan Dorr in LA in May 2019.

The entire EP was recorded in his hometown of Byron Bay and shares a strong connection to his family and the life experiences which have shaped who he is today. 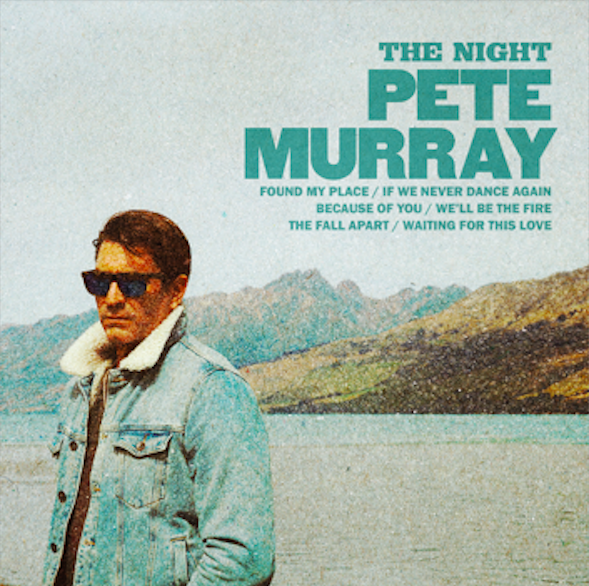 TCI: You seem to know what your audience wants, and you are clearly delivering it time and time again. Can you share what your typical song creation process is like from inspiration, to writing, and production?

Pete: I find that I get a moment on the guitar and just try and get some music and melody first, and then the lyrics come second to me. So, once I get that scene that I want to talk about and write about, then I just go for that. But my songs kind of find their own meaning, and the lyrics kind of come as I’m doing melodies. Then eventually I just work out what I’m going to write about.

I’ve also got my own studio, so I normally get in there with friends who are musicians, producers, or guys that I know who I need to help me get things done. This EP was a little bit different, because most times in the past I’ve written all the songs myself, but this time I wanted to do some co-writing. So, I went to LA, Nashville and over to London to do some writing over there as well. It was me trying to challenge myself, I guess, to get out of my comfort zone and to see what I could do with someone else.

TCI: Your EP is called The Night but there’s no track on your album called this. So, what did inspire this title?

Pete: It’s a lyric in one of the songs. I can’t say too much about it though because there’s a second EP that’s coming along, but once this is out the title will make sense.

I decided to release EPs rather than an album, as these days full albums kind of don’t work as well, especially on streaming sites. So, if you put an album out, you might get two or three singles, but then all the other songs that come out will be considered old and they don’t really get pushed onto playlists. I want to give every song an opportunity to get out there.

TCI: If you had to define this EP with a phrase or a few words, how would you do that?

Pete: It’s hard; describing your own music, but I think this EP is quite moody, moving, and inspirational.

TCI: I understand that the EP has been inspired by your family and the life experiences that have gotten you to where you are today. What made you want to explore this avenue of your life throughout the EP?

Pete: I can’t help it. I kind of just wrote about those things and what I’m experiencing in my life at the time that I’m writing. So, if I look back at my albums, then I go through my life journey. The songs reflect what I experience.

I’ve got three kids now, and there’s actually another one on the way in June, so I guess in the back of my mind, family is always there. When I am writing I tend to think about family and kids quite a bit as that’s a really important thing for me.

Lyrics have been really important to me, and I’m well known for my lyrics. This work has a lot of comparisons back to the Feeler album which was quite lyrically strong, which is obviously a good thing because it was a pretty successful album.

TCI: Clearly you’re sticking to what you do best with this EP, producing a rich assortment of songs with your iconic vocals and lyrics, and that beautiful acoustic sound. But how would you say it differs from your previous work?

Pete: Well, I think if I look at all the albums up to this point, I feel like they have all had a slight change all the way through. The first two albums Feeler and See the Sun were me jumping in studio with a full band playing. Particularly, See the Sun was really focused on a richer sound, and Feeler was a little more raw. So, this EP has some extra production in comparison.

Summer at Eureka was done the first time I had my own studio, and for Blue Sky Blue, I went out to LA and created more of an electric sound. Camacho then had a lot more production, and I worked with beats and loops, and for the first time I didn’t have a band in the studio, it was just myself and a producer and one or two musicians that came in to help put that together. It definitely had a different flavour to what I’ve done before.

This time around, I kind of went back to the old school way that I did Feeler. The songwriting process is a little bit more like Feeler, but I still worked with a good friend of mine, Garrett Kato, who helped me produce this album. Also, Grant Gerathy played drums and I had a couple of different bass players come in and put some stuff down. So, we did everything else in the studio ourselves.

The writing for this EP is along the same lines as Feeler, being so very moody, and I think people will connect to the lyrics. But the production process was more of just me working with the producer, some extra beats and loops, and creating some tones that are a little warmer than before. 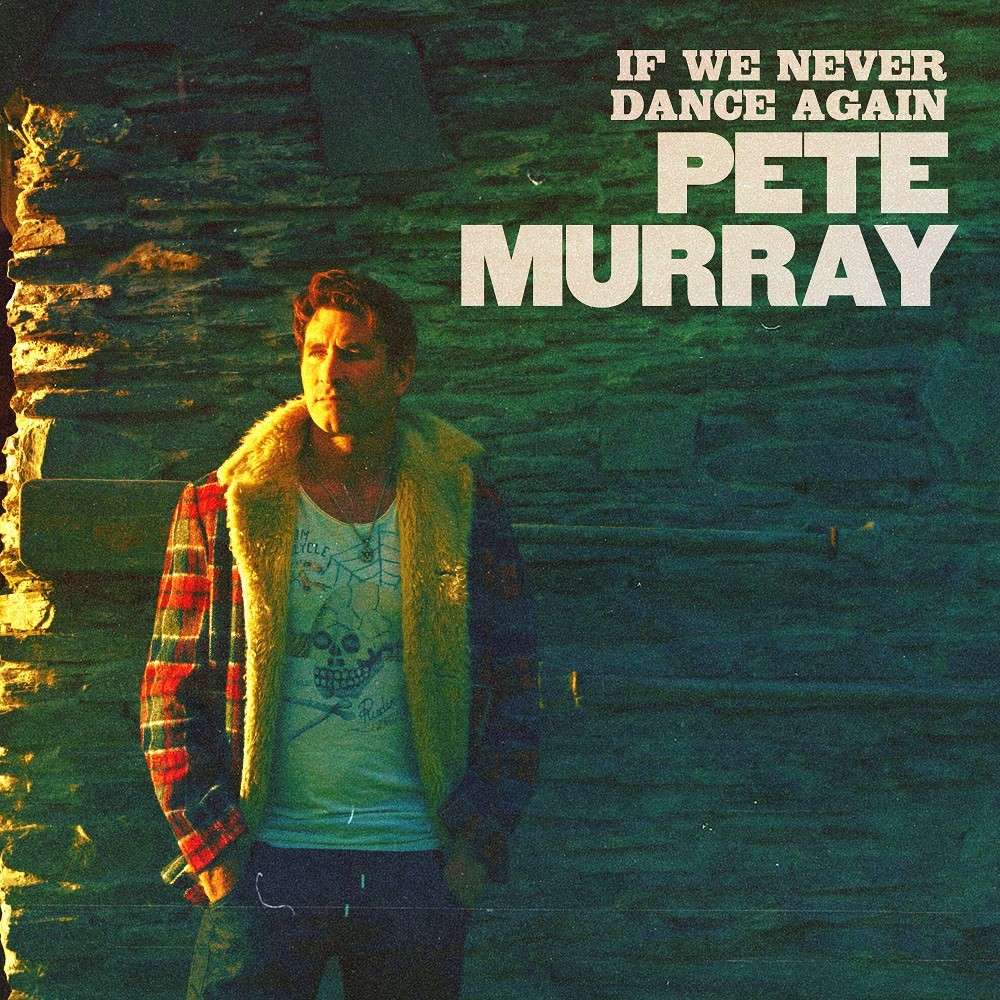 TCI: I understand you co-wrote ‘If We Never Dance Again’ with Morgan Dorr. How did you find this experience? And considering it was out of your comfort zone, what would you say you learnt from it?

Pete: Yeah, I enjoyed it, it was actually really nice. I think having some other guys bring in some different melodies and a different thought process through the writing was really enjoyable.

Morgan has had a bit of success with singers over in the states, so it was a great opportunity to work with him. I was pretty nervous about it though because I hadn’t done much co-writing before. If I’m writing at home and I hit a brick wall, it’s not a big deal, I can just have a break, do whatever I want, go to the beach, or just walk away from it. But when you are writing with someone else you don’t have that luxury, you have just got to get things done.

I was quite nervous about doing the whole thing and letting the guys down, but I think I pretty much wrote quite a few songs over there that I ended up being really happy with. I feel a lot more confident about writing with someone now. Especially after having such a positive experience rather than a negative one.

TCI: Although your music video for your track ‘If We Never Dance Again’ is more abstract, it still perfectly accompanies the song. Can you share what your inspiration was behind this music video?

Pete: Music videos are really tough to do, I find, and this one was great because I wasn’t really in it. Originally Mos & Co who filmed that for me had the idea of doing a little bit of a short movie in the clip. What we created in the end is really just about a couple. It is not a storyline that’s literal, it’s just really beautiful shots, cinematic footage, silhouette shots and flares. What I wanted was this really beautiful cinematic footage that just looks really stunning and amazing.

The song is really powerful and beautiful and I thought that the visuals just had to really work with the song. The couple that was chosen for that were actually a real couple. It was Mos’ idea to use those guys because they would have the chemistry as a couple, which they definitely did.

On the first day we shot it we didn’t get the sun that we needed, so we had to go back and shoot again another time. It happened that in between these shoots, they got married. So, it was even more special to get them back to capture all of those silhouette shots and the sun flares after they had been married. It was really quite beautiful to have them back again and get those shots but knowing that they were married.

TCI: To you, what is good music?

Pete: I think lyrics and melody are really the biggest thing and being able to sing along to a song. Lyrical content that’s really powerful can give you a connection to the song for years to come. It’s so powerful when a song and its lyrics just stick with you.

TCI: What’s your favourite thing about playing live shows, especially after we haven’t been able to have them for so long because of COVID restrictions?

Pete: I think just the energy of playing with my band. You know, we’re all really good mates who love playing music together. Plus, interaction from the crowd, just having fun, and having the crowd sing your own lyrics back. It’s just a really great vibe to do that and is something that not many people get to experience.

TCI: Now that your EP has been released, what’s next for you?

Pete: Well, there’s the second EP coming out, so we’ll be working on that later in the year. Plus, more shows at the end of the year too, because COVID meant we have had to put my whole touring back twelve months. Between September and November will be a busy time for me.

Pete’s EP is now out on all streaming platforms, but stay tuned, as according to Pete he has more music coming soon!