Peter Helliar - What I'm Not Allowed to Say On The Project

There just seems to be something about Peter Helliar that Australians seem to love.

It is always strange seeing a television personality in the flesh. It was no different on Saturday night as Peter Helliar bounced onto the stage with a big cheesy grin and grabbed the microphone. I must admit, it was hard not to smile back. I grew up watching him every Sunday Night on Rove and still catch the rare glimpse of him on my television screen on The Project (granted, a much more toned down version).

Helliar focuses on the fact that he just turned 40 as a base for his new show. From there he covers aÂ range of topics including; Fifty Shades of Grey vs Games of Thrones style Pilates and his confusion surrounding the concept of “Netflix and Chill”. Donâ€™t be fooled by his age, his audience is a mixture of young and old – and did I mention the show was sold out?

Part of Helliar’s charm is that he is relatable. Much of his show focuses on his three small children and hisÂ marriage.Â There is nothing flashy, nothing glam and frankly, here’s everything awesome about his love of Star Wars. This is a man who is watched by thousands every night on national television and heÂ acts like he is your best mate. Â Helliar knows how to connect with his audience and make them feel like you have known him for years. 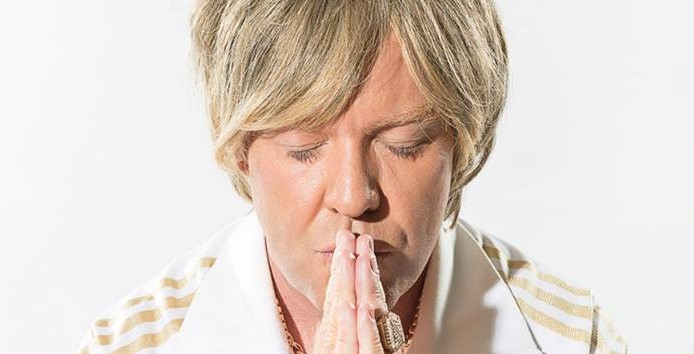 Unlike other comedians, Helliar steers away from making cheap shots. Instead, his show is incredibly clever and I am not surprised as to why he has been around for as long as he has. His 60 minute show is witty, honest and downright hilarious. His show worked so well because he never held anything back. Donâ€™t be fooled into thinking that this comedy genius didnâ€™t realise this as he frequently saidÂ â€œwelcome to things I canâ€™t say on The Project!â€. Helliar has had great success on the Channel 10 news show but audiences love to see him unfiltered andÂ back on the stage.

Helliar is a legend of Australian comedy and his latest show cements him as one of our finest. His outrageous one liners, animated facial expressions, and perfect comedic timing made for a hilarious show.