Port Royal: Ain't Got You

Port Royal, the band from Brisbane that are revitalising Rock and Roll, are coming back home to end their electrifying tour at Woolly Mammoth on 28th September.

The band formed back in 2015, and since then have been venturing round Australia spreading their love of music, rock and roll culture and their electric spirit. The iconic rock and roll bands of the 60’s and 70’s are their main influences, taking from The Rolling Stone‘s blues style and The Beatles’ timeless lyricism. Although the band’s catalogue includes the song ‘Rock and Roll is Dead’, Rock and roll is certainly living on through Port Royal.

And there is no denying the band is well versed in the history of rock. Frontman Lawson Doyle’s living area is decked out with the most exemplary records of the 20th century, everything from The Doors to Led Zeppelin.

“Rock and roll has such a universal appeal,” he says. “It’s got depth, it’s got lyrics that resonate and melodies that sing, and a with a good band driving the songs people can’t look away from it.” 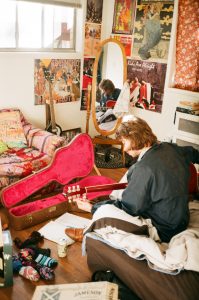 Port Royal have no intention of churning out disposable songs that will be easy forgotten. They are creating melodies and hooks with a drive and a groove, and finding the perfect lyrics to accompany them. They are creating songs with universal messages and timeless subjects.

Their latest single and the song they are touring, ‘Ain’t Got You’, was written about one of the band member’s ex girlfriends, and the longing for someone over material goods. The song is up for individual interpretation though. “[The message] is universal enough that it translates to all kinds of love: friends, family, even a complete stranger who makes a difference in your day.” Lawson says. Nothing backs the idea that the song’s message is all inclusive better than its music video. Lawson goes around, knocking on doors, spreading the word about Port Royal in a religious kind of way. “The band is my baby and I want you to be a part of it.”

And there is no doubt that is true, especially when you see Port Royal live. The enthusiasm they show on stage is unmatched, and they want you to have as much fun as they are having. “I don’t believe in a band standing still,” Lawson says, “even Arnie (Port Royal‘s drummer) is learning tricks on the drums.” 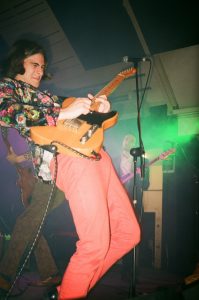 On the 28th of September, Port Royal will be concluding their tour back here in Brisbane. “Coming back to Brisbane is awesome,” Lawson says, “I do love Brissy. A lot of great people. You can’t deny your roots because that’s where you’re all from and that’s where everything started.”

Tickets are now available for Port Royal‘s homecoming show, so do yourself a favour and go check them out if you haven’t already, grab a Jameson Irish Whiskey, and get ready to step into a world of love, passion and satisfaction.

THE DETAILS:
What: Port Royal’s Homecoming Show
Where: Woolly Mammoth
When: Saturday, 28th of September at 8PM to 1AM
Tickets: Available here
More Info: 18+ event