Potential Abounds at The Foundry

The Foundry was officially opened to the public on Friday, March 6th, with a killer performance from Velociraptor, following a curiously low-key lead up.

After an industry launch on March 5th, which included a fitting christening from The Creases, and support from many familiar Bris-music scene faces, The Foundryâ€™s doors were thrown open on Friday to welcome eager patrons.

Essentially located upstairs from olâ€™ mate The Elephant Hotel, in the space formally occupied by a backpackerâ€™s, The Foundry feels like a welcome blend of The R.E. and The Zoo- itâ€™s somewhat daggy (minus the beautifully decorated bar) and almost uncomfortably loud (while delivering great quality sound, especially low-end), but seems determined to deliver a good time.

Kicking things off for the public launch was Gold Coast group White Lodge, who seem to have recently emerged from under the radar. Classic fuzzy rock with a likeable Aussie vibe and killer riffing skills put them in the same league as Gold Coast neighbours The Vernons and Oceanics – theyâ€™re great at their genre and have a lot of promise. 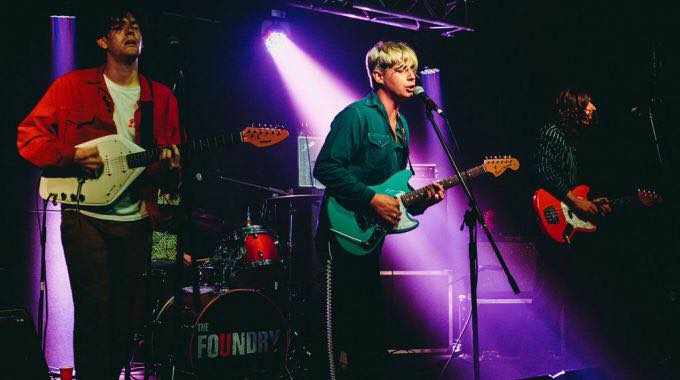 Considering the current creative climate, in which itâ€™s no secret that music venues and artists are struggling, it seemed a shame for SPOD to be included on The Foundryâ€™s opening bill, rather than a deserving, Brisbane-based artist or group.

If SPOD was marketed as a comedy act, maybe he wouldâ€™ve found a space on the stage at The Foundry- he isnâ€™t and he didnâ€™t. With a bizarre commentary and lyricism that seemed to involve picking a word or two and running with it for the duration of a track, SPOD was Anklepants gone wrong.

Reigning things back in the positive, local-artist-celebrating direction was Velociraptor. With nine (I think it was nineâ€¦) members and a keytar on stage, do they even need a review? Wildly enjoyable and happiness-inducing in the way that watching a mateâ€™s band perform is, Velociraptor and its delightful members deserve all the acclaim they get. 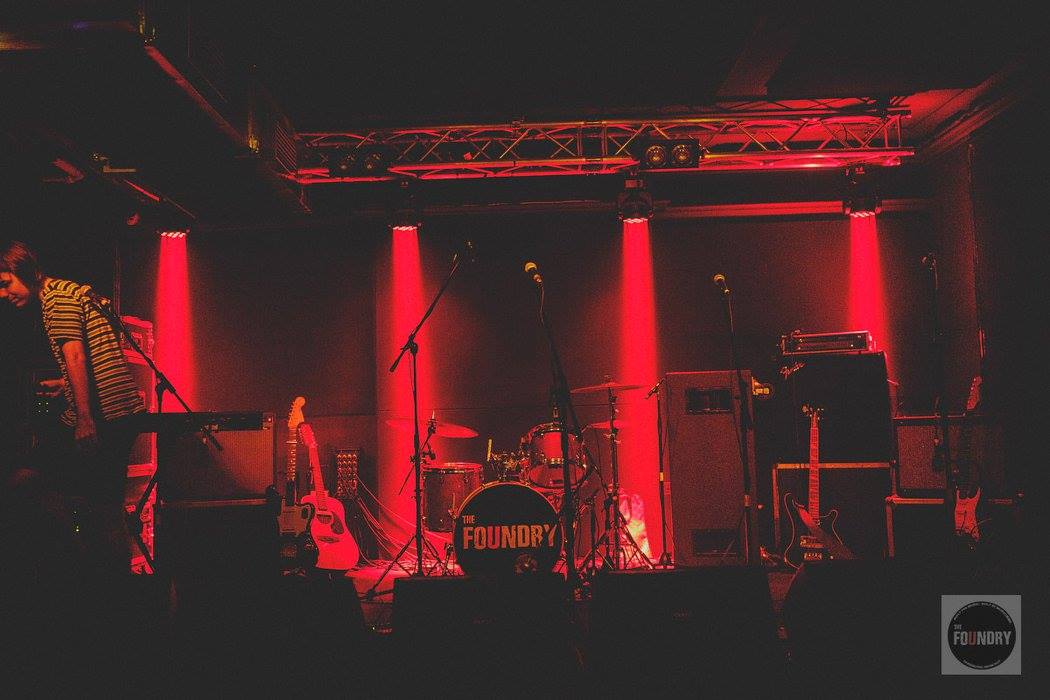 â€œRobocopâ€ was a clear favourite off last yearâ€™s self-titled album, and a killer cover of Devoâ€™s â€œGirl U Wantâ€ was a perfectly devised inclusion to a set that had most in the 300-capacity venue grooving. A great addition to celebrate the space, which is ultimately marketed as being â€œfor musiciansâ€, Velociraptor closed a successful launch that hinted at a promising future for The Foundry as a relaxed music venue, without compromising music clarity in the way that quality occasionally suffers at similarly sized venues.

The future of its alter-ego coworking space (studios, offices, and even accomodation) is in the hands of the creative community- a development that will be interesting to follow over the coming turbulent months for a notoriously unstable industry.

Images by Benjamin Knight, courtesy of The Foundry