Pretty City Release Simone and Take the World by Storm 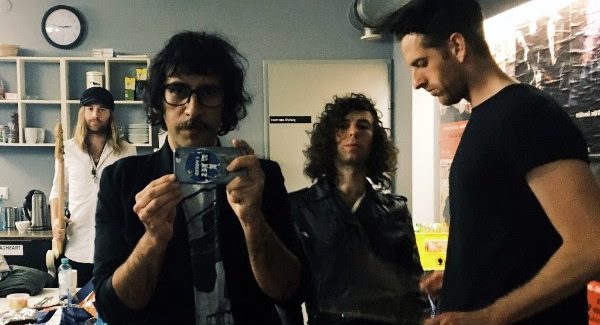 Last time we caught up with Pretty City, we spoke to Johnny, the band’s bassist and vocalist. You might remember that they’d just wrapped up a European tour, released an album, and a single.Now, they’ve released a new single, Simone, and are heading back on tour. We caught up with Hugh, Pretty City’s lead vocalist to talk about their crazy few months.

To start off, we had to congratulate Hugh on the release of another great track. Simone is yet another example of how skilled the band is when it comes to working together a mix of influences to produce a smooth, cohesive, and catchy sound.

“Thank you, that’s cool to be congratulated for releasing music. We get so close to the songs that for us it becomes a relief to record a song in a manner we are proud of.”

“Simone is a song we all loved creating, because it carries a very positive message about chasing what you love and making the choice to keep your dreams alive. Our friends sometimes amaze us with their fearless determination and talent. Simone is about the drive to create and express yourself. We wanted to get the feel of tenacity into the track, blending ambition and aggression in our performance. It feels fiery & uplifting, there’s raw honesty in that song. The la’s were a fun studio moment, and the outro is brief yet very heavy fun.” 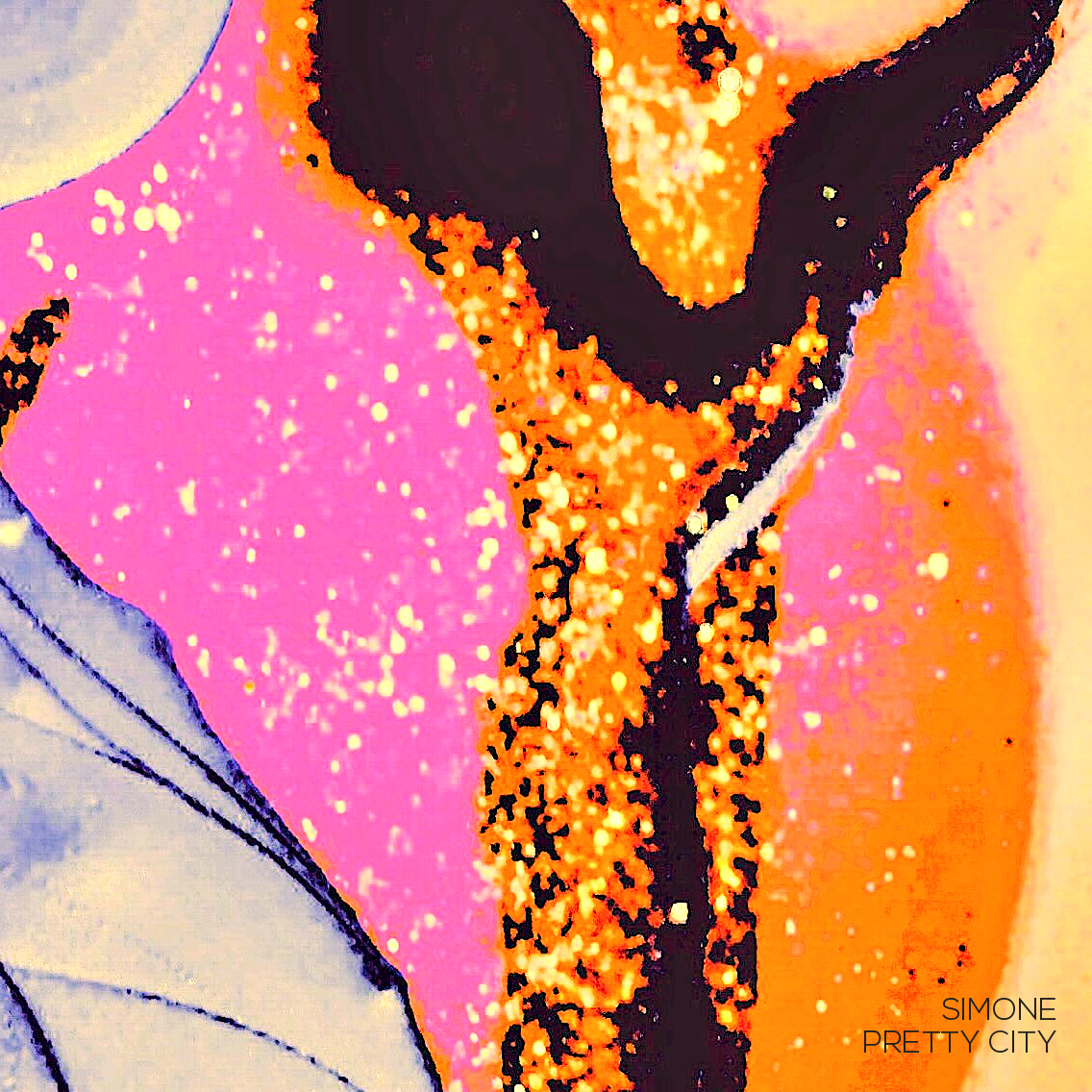 It seems like Pretty City‘s ever-growing schedule never leaves them with two feet on the ground, so we were eager to know if the guys had given themselves time to rest since their last lot of adventures.

“Well, we had a quick break over Christmas 2017 to write and finish some new material in Melbourne and Quebec. We’ve been back into it for 2018 on a promo & writing trip to the USA. We’ve played the new material from Cancel the Future at a SXSW 2018 showcase and done some further writing & recording at a beach house near Portland, Oregon. Is that a break? Kind of? I don’t know, but it’s been rewarding and creative, so it’s all good.”

Hugh also told us how he and the band are feeling ahead of yet another huge run of tour dates.

“I’m feeling good, the coffee and bread in Europe is great, and the welcome for us is always amazing. I can’t wait to see our friends again and make some new ones playing the new album. Europe is a beautiful place to tour and play.” 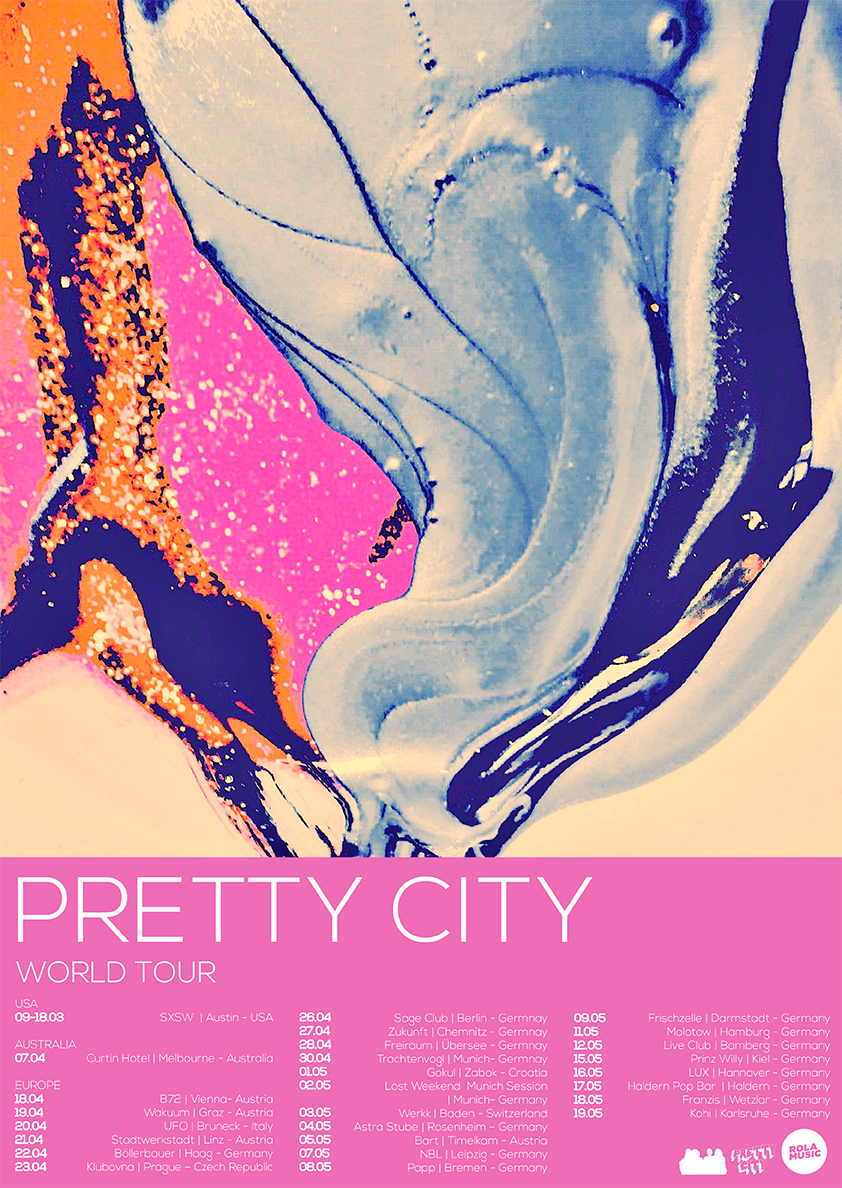 Over the course of three months, Pretty City will be covering ground in America, Australia, and throughout Europe on their world tour. Their gig at SXSW marks their second appearance at the American festival, and Hugh says that the band are excited to be back on the road again.

“It felt great because it’s one of the most creative and enlivening atmospheres anywhere on earth. We have many friends from LA, Portland and NYC, and SXSW brings us all together in one place, which is great. The exchange of ideas at SXSW is really inspiring, we wrote most of Cancel the Future after SXSW 2016, and I am hopeful that the shows and energy at SXSW 2018 give us even more motivation this time around.”

“It’s exciting to be headed back to Europe so soon, the shows were really great and the journey of spreading your music is what you live for as an artist.”

Pretty City seem to be constantly cooking up more plans for the future, so we were dying to learn about what they’ll be up to once they return to Australia after the tour.

“I could say that we might actually take a proper break, but I’m not sure we’ll stick to that. Touring tends to make us simultaneously exhausted and itchy to create a new album. A bit of a break and the beginnings of something will probably be the plan for mid-late 2018, but who knows?”

To keep up to date with all of Pretty City‘s latest news, follow them here.