When myself and my girlfriend were ejected from our Uber in Newstead House we thought we were gate crashing a wedding. Patio chairs were lined in rows around a small fountain, with two sets of tables and chairs probably more at home in Montmartre than Queensland adorned a centre sepulchre. But this is Anywhere Festival. This is where theatre comes off the stage and into the stands. Where orthodox theatre spaces are shunned for more unusual and specialist locations like Newstead House can be used. Newstead House is a Victorian style heritage building and Brisbane’s oldest domicile, these two praxis of style and tradition are pillars upon Theatre can stand. Private Lives works perfectly for a venue like this. The play itself is stylized, demure and kittenish. The Playwright Noel Coward  was famous for his personal sense of style, poised sardonic prose and his croquettish chic.

The audience are a pool of well dressed and well behaved matures. I look like a distant Irish relation at a nephews confirmation. We find seats somewhere at the back. We had arrived literally two minutes before the performance was to begin. Our Uber’s sat nav got lost in the disorientating loose traffic of a friday night. Five stars. After I dote up towards the bar and buy a pair of very reasonably priced drinks for myself and my girlfriend, the performance stars.

Private Lives it is an intimate comedy about a divorced couple who, while on their honeymoon with their new spouses, encounter one another only for their tempestuous but deeply passionate relationship to begin again. Its witty, and opulent and can still tests an audiences resolve for discomfort. Where once the love scenes caused concern and near censorship when it was first performed in 1930’s London, audiences now will still tighten in their chairs with some of the (comedic) domestic violence of the play. 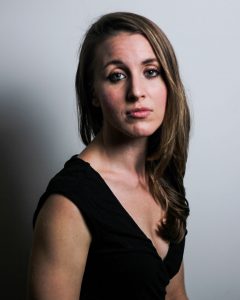 As the divorced couple Elliot and Amanda, Troy Bullock and Nathalie Cattaneo do a wonderful job conveying the campy energy and preposterous pomp of the characters. The accents are lushous and the performances of Elleia Russel (who also directs) and Joshua Qualie as the gormless love foils for the lead pairs are precise and humorous. 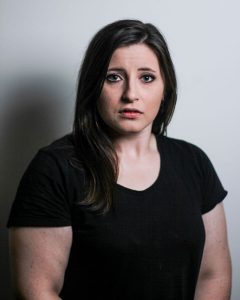 The play is performed in two acts. The first outside in the beautiful front square of Newstead House while the second acts moves indoors. Here we see the strengths and weaknesses of Anywhere Festival’s central rubric. Outside it was sometimes hard to here the cast members when their heads were turned away from you. The space outside also felt a little tight , almost deferential with the audience watching in polite repose. Then the planes would fly over. It would disrupt the play and make it impossible to hear the performance. When the play moved indoors the actors seemed to relax more into their roles. The energy flowed and the punchlines were delivered with clarity.

Although Anywhere Festival prides itself on being different from conventional theatre. Private Lives did best what conventional good theatre does. It was reasonably priced, true to the source material and entertaining.

What: Private Lives is being performed as part of Anywhere Festival and has one remaining show available on the 26th of May

How Much: Tickets will be $25 and can be bought here

Down with fast fashion: how conscious should we be of our clothing purchases? Tips to reduce clothing waste…