Promiseland Festival is set to make its way to the Gold Coast in October.

Here’s another festival you don’t want to miss out on. For the very first time, Promiseland Festival will be taking over Doug Jennings Park on October 2nd.

Promiseland Festival is a brand-new multi-genre music festival. This is just another incredible addition to the regions party calendar.

With an insane lineup of reggae, hip-hop and alternative acts on one major stage, it will be sure to kick off the beginning of history for the festival.

What makes this festival unique is that it goes beyond the music. It features a luxury VIP area, a food truck court and plenty more that will transform Doug Jennings Park into an immersive experience. 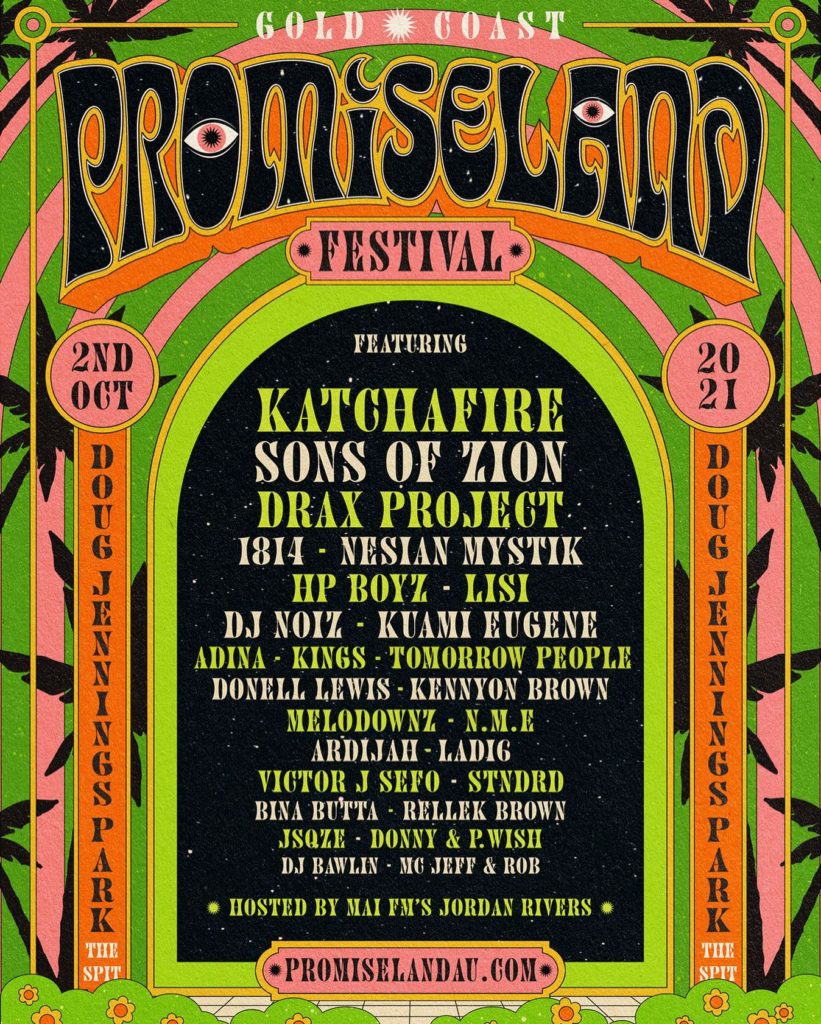 With a phenomenal lineup, Promiseland will be sure to make a mark in the Australian music festival scene.

THE DETAILS:
What: Promiseland Festival
Where: Doug Jennings Park – Gold Coast, QLD
When: October 2nd, 2021
How Much:  Final release of tickets on sale Tuesday 20th July at 10 am AEST here

Nikki Osborne Is Getting Ready To Go Too Far