Putting the Soul back into Men's Grooming

There was a time when gentlemen only had their hair groomed by barbers – not only skilled in wielding cutthroat razors, but also in a capella singing.

Benson Tan, aka “Mr Soulcutz”, is the owner and driving force behind Soulcutz Barbershop and entertainment group Soulcutz. TCI finds out what itâ€™s like to be sharp and smooth at the same time.

TCI: When was Soulcutz born?

Mr Soulcutz: Soulcutz was born in 2010. I was looking for a new business venture. I started with the barbershop and decided to combine it with the singing. The group has always been there but it was just under a different name. When the barbershop came along it was logical to kill two birds with one stone, so we changed the name of the group. Our biggest influence is motown soul music, and we had the barbershop fit that image. I usually have three cutters on the floor. Right now itâ€™s me, Sam and Barber Q. In the group Soulcutz itâ€™s me and William Kare, but I have regular singers like Nickolas Tumai , Nelson Ou chu and William Casey. 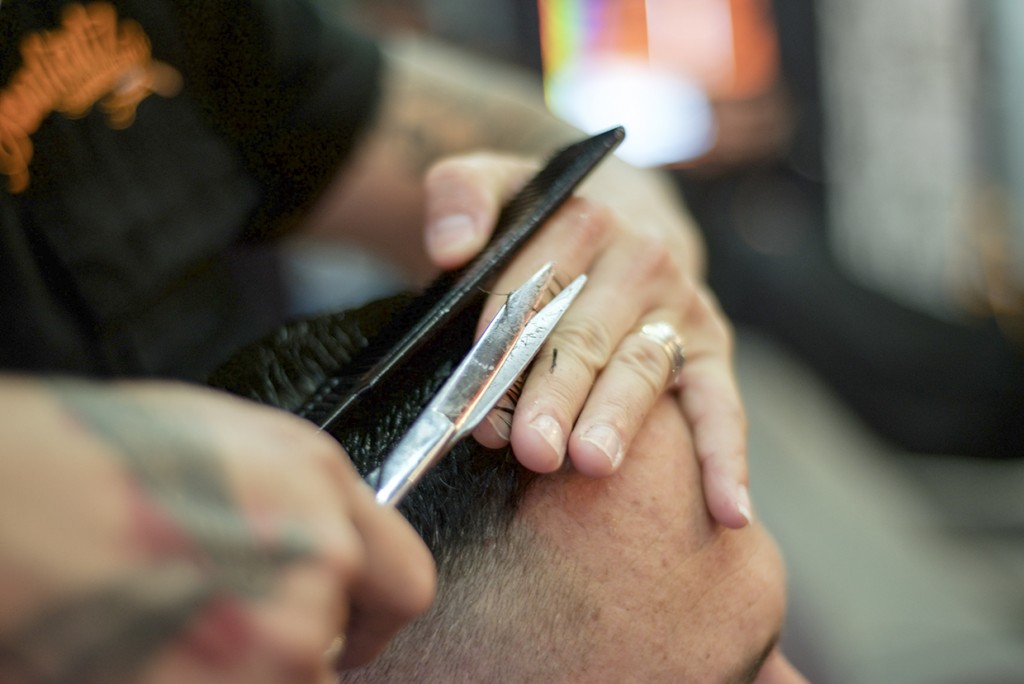 TCI: With the rise in popularity of menâ€™s grooming, what do you think you bring to it?

Mr Soulcutz:Â I do it for the smile on my customerâ€™s face. If you go to a hairdresser they cut, but they donâ€™t finish with “that” touch. I take pride in the customerâ€™s hair and I always finish it with a cutthroat razor to make it sharp. Hairdressers sometimes donâ€™t know the all fading techniques, so you can still see the steps. We also do tracks, though thatâ€™s becoming mainstream. Itâ€™s not as seen as “thug” as it used to be. Itâ€™s a rising form of art. Look on Instagram and youâ€™ll see thousands of track art.

TCI:Â Barbering is an old trade, but you also have a style thatâ€™s very modern. Despite its old roots, barbering is unregulated in Australia. What are your thoughts on this?

Mr Soulcutz:Â I hear the government is trying to organise a certificate for barbering. Right now you can do a barbering courseÂ  – but itâ€™s not a nationally recognised certificate. Our barbers are not qualified because there is no such thing as a qualification for this trade in Australia, and very few have hairdressing certificates – because hairdressing courses donâ€™t teach you how to cut like a barber. Itâ€™s all womenâ€™s hairstyles. But just because the government wonâ€™t accredit us, it doesnâ€™t mean we donâ€™t have standards and training methods. Some barbershops in Brisbane wonâ€™t hire anyone who has less than two years of barbering experience. Others are willing to train. But itâ€™s all about money too. How much does the government want us to pay to get accredited?

Mr Soulcutz:Â I donâ€™t know. I guess I should stop skipping my annual meeting with the barbering community… jokes. Laws are laws and regulations are regulations. All this stuff is going to come about so you have to go with the flow. As a business owner, I think itâ€™s a good thing because a legal standard is set, but at the end of the day a piece of paper is a piece of paper. Whether you can do the job or not is a different thing. Iâ€™m sure youâ€™re going to get a debate out of this question. I see this topic on the NZ/Aus Barber Society on Facebook all the time, itâ€™s a topic everyone is passionate and worried about. 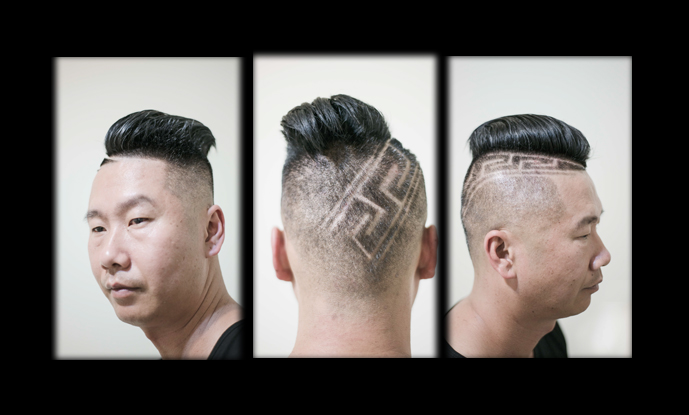 TCI:Â Youâ€™re not only one of the most well known barbers, youâ€™re also consistently working in entertainment in Brisbane. Tell us more about Soulcutz the group.

Mr Soulcutz: Soulcutz the groupâ€¦you just need to come and watch us. I can sit here and write a book but you just need to come and watch us. We are more of a floorshow kind of act. Weâ€™re like most of motowns acts , we sing we dance and we interact with the crowds and I guess thatâ€™s where weâ€™re different to other bands. You can be a great singer and just stand there and sing, or you can have the whole package where you do more and at the end of the day everyoneâ€™s happy.

TCI:Â What’s been your most memorable show?

Mr Soulcutz: Being on the X Factor in 2013. It was awesome, a great experience. I got to meet celebrities and learn a lot of the ins and outs of the industry and business. It was great getting to meet a lot of local and interstate talent too. There are a lot of them out there. Itâ€™s tough wanting to please Australia. There are so many opinions. Youâ€™re trying to listen to the judges but you just donâ€™t know what they want.

TCI:Â With running the barbershop and weekly performances, are you working on original musical projects?

Mr Soulcutz:Â I am in the process of putting an album together. Itâ€™s always in the making. I just need to get into the studio and find some time to get everyone together. Itâ€™s hard with our lives and schedule. We are trying to bring back the old sounds, the sixties, seventies, even fifties sounds. We want to make it enjoyable for the young ones. Itâ€™s always a tough one with music these days. I want to keep it real without too much editing or effects, keeping it raw.

TCI:Â How does it feel to be creative every day with your haircuts and your performing?

Mr Soulcutz:Â Itâ€™s refreshing. Every day Iâ€™m doing tracks – and its not just about putting lines here and there. Thereâ€™s shadowing, thereâ€™s 3D and 4D. Iâ€™m trying to come up with a 7D, itâ€™s still in the making. But seriously, before I do it, I study it and step back and see where Iâ€™m going with it. Itâ€™s a learning curve and if you stuff up, just donâ€™t take that path next time, take a different path. Itâ€™s hard work but Iâ€™m grateful to be able to be doing what I love every day. 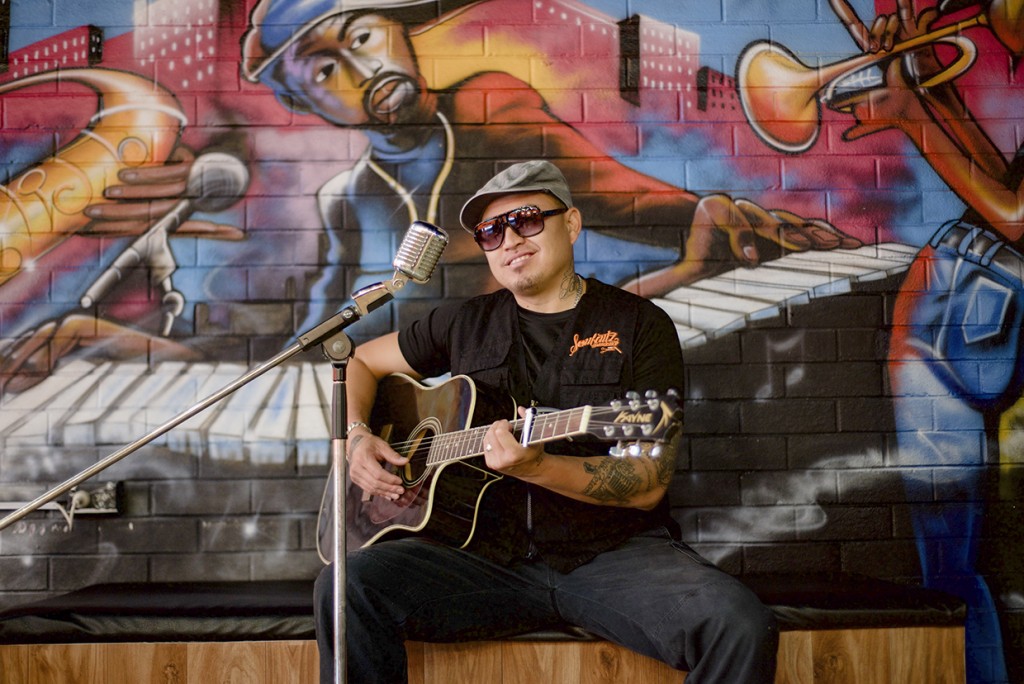 Soulcutz will be performing at the Suncorp Stadium for the Broncos VS New Zealand Warriors on 11th March. For more information on Soulcutz weekly performance schedule see here. Find Soulcutz Barbershop on Facebook.