QSO presented an entertaining evening of musical theatre classics last Saturday in the QPAC concert hall, from Broadway to West End and everything in-between.

The program began with two works by Bernstein, the overture to Candide and
‘Tonight’ from West Side Story. Simon and Lorina professed their love for each other, their voices rising above the orchestra.

Then, all went dark and an ominous rumbling began in the cellos, bass and percussion. A spotlight appeared on the organist seated before the magnificent pipe organ. He pressed the keys and Lloyd-Webber’s Phantom of the Opera overture began resounding through the hall.

Continuing with Phantom but with a complete change of mood and pace, QSO then performed
‘Wishing You Were Somehow Here Again’ with Lorina and ‘All I Ask of You’ with Lorina and Simon. They sang tenderly, walking towards each other across the stage. 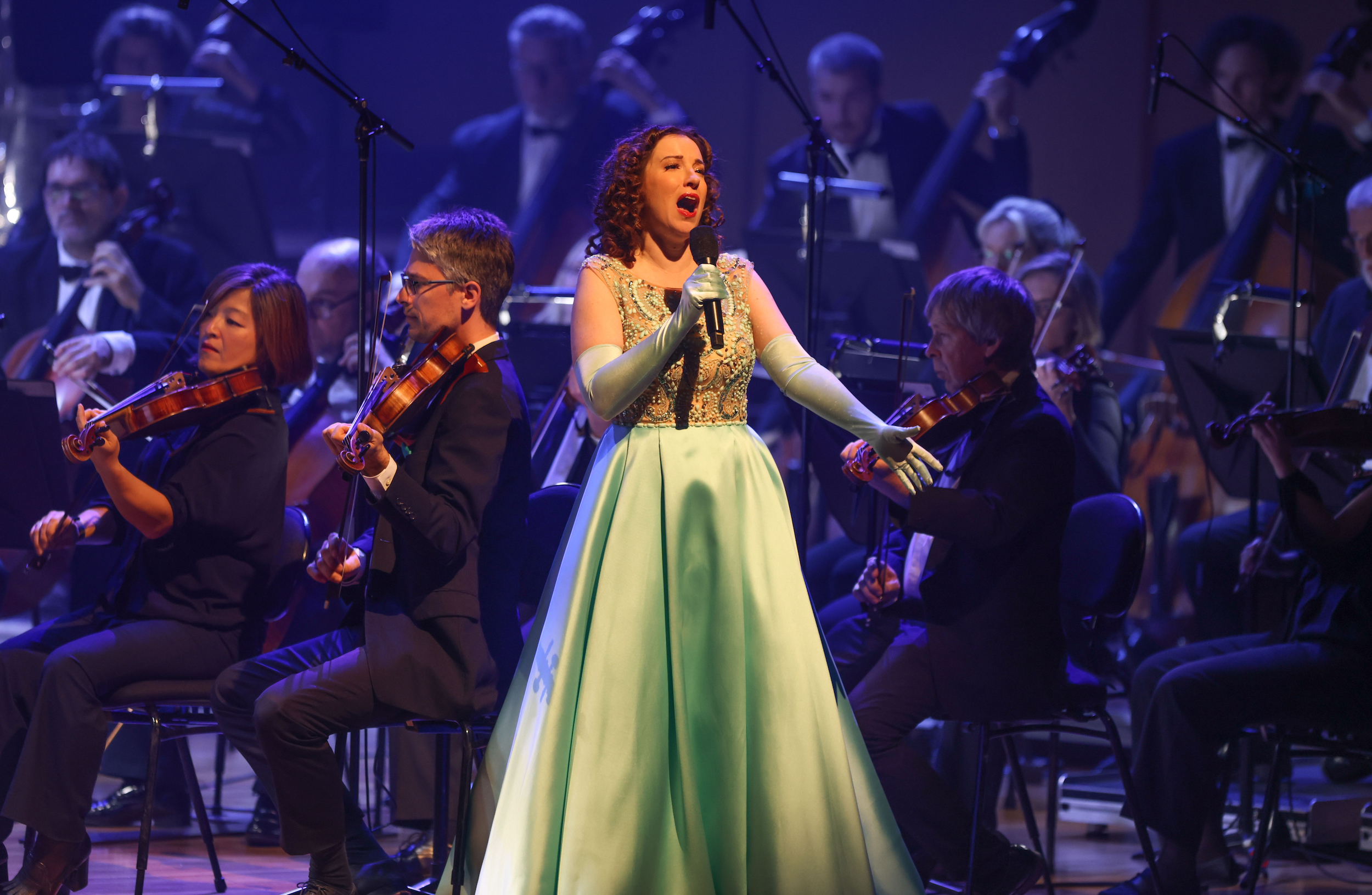 Hanlon then took the stage for ‘Out There’ from Hunchback of Notre Dame by Menken. He captured the character of the Hunchback, expressing his longing to escape and see the world.

Next, Nina appeared in a red dress and joined QSO for ‘Let it Go’ from Frozen by Anderson-Lopez. She didn’t hold back, belting it out across the hall.

QSO then performed ‘The Carousel Waltz’ and ‘If I Loved You’ from Carousel by Rogers and Hammerstein. Simon and Lorina shyly expressed their love, against the backdrop of the spinning carousel in the orchestra.

From the musical Chess, came ‘Anthem’ and ‘I Know Him So Well’ by Andersson. Simon sang of his love for his country. Nina and Lorina sang a witty duet, taking turns in a call and response, as lover and wife competing for the same man. 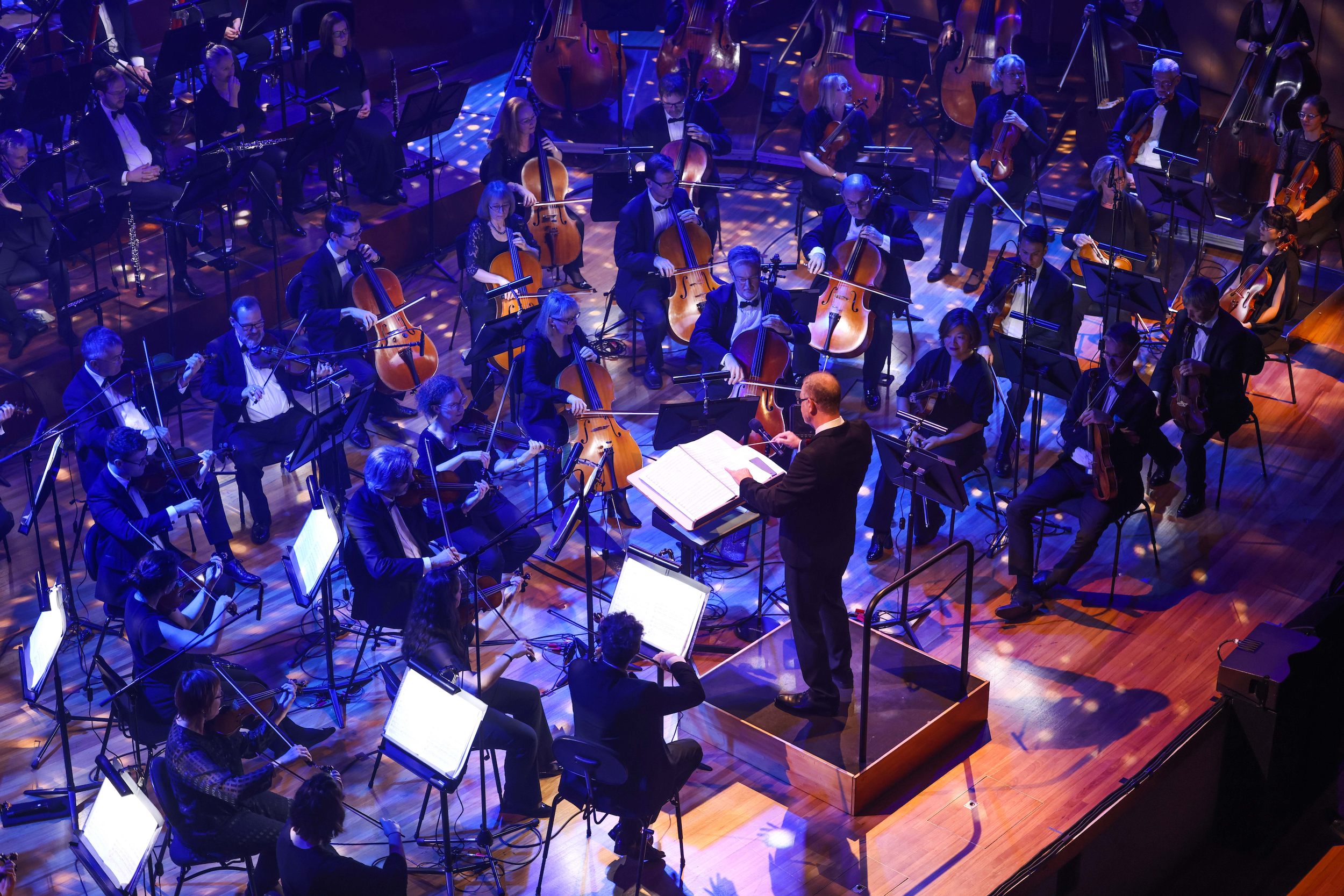 ‘Bring Him Home’ from Les Misérables by Schönberg presented a moment of strong emotion and reflection for Simon. He hit those impressive high notes and held the audience captivated.

The climax of the concert was Nina’s soaring performance of ‘Defying Gravity’ from Wicked by Schwartz. The stage was bathed in green light. Her powerful voice filled the hall. Nina evoked Elphaba’s desire to break free and fly. 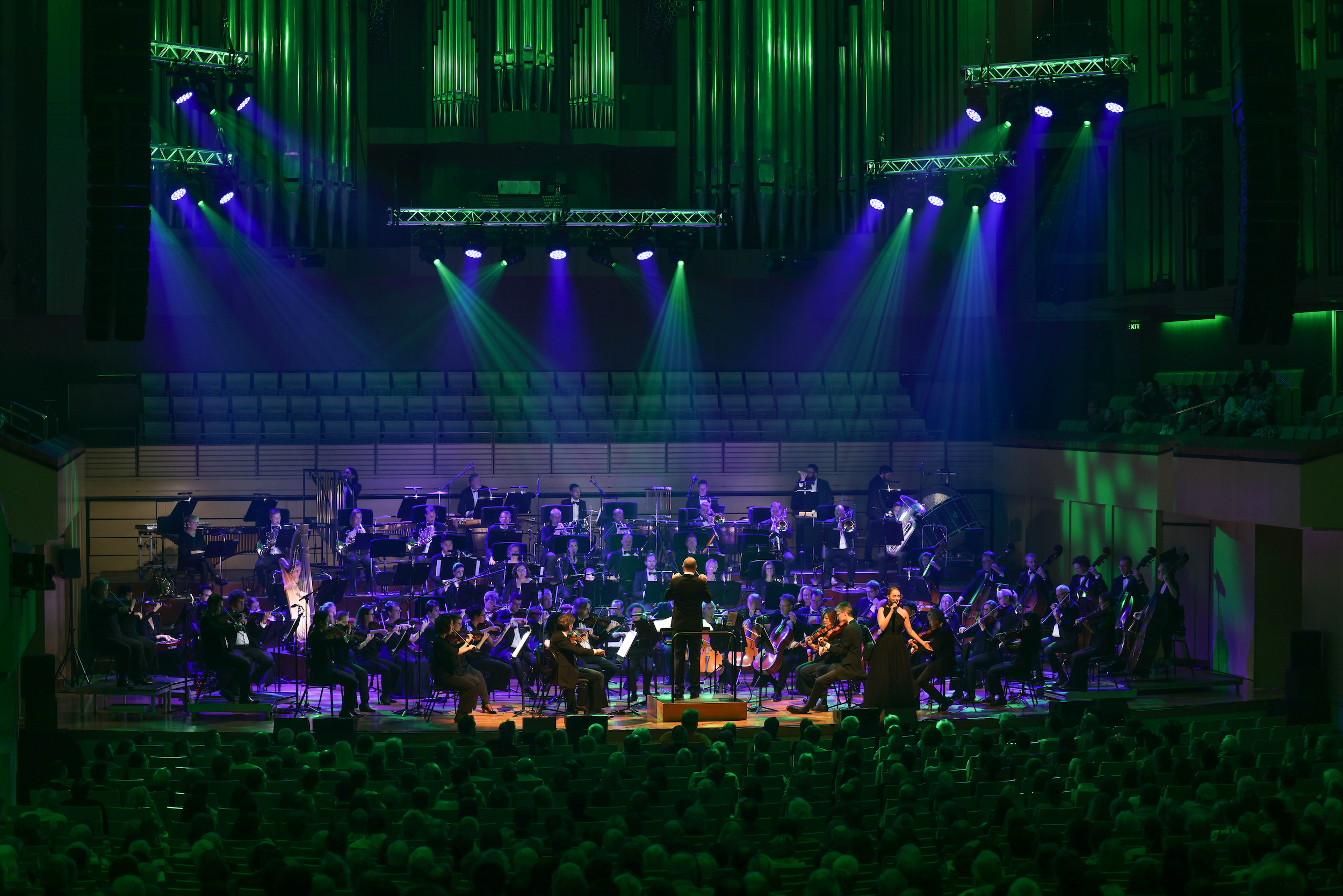 To top things off, QSO did not just one, but three surprise encores. Lorina reappeared on stage in a Mary Poppins costume. She and Hanlon had great fun singing Sherman’s ‘Supercalifragilisticexpialidocious’, perfectly mimicking Mary and Bert and their magic.

Slowly, gently, Simon’s voice unfurled its splendour in ‘Music of the Night’ from Phantom. The lush, undulating melody wove between the strings and voice.

Lorina, Simon, Nina and Hanlon came together for the final encore, Sondheim’s ‘You’re Gonna Love Tomorrow’ from Follies. It started as two duets, before growing into a polyphonic piece, with the four voices singing different melodies at once.

In all, QSO’s Musical Theatre Gala was a throughly enjoyable concert, featuring all our favourite musical theatre songs. What a great way to relax and unwind on the weekend. 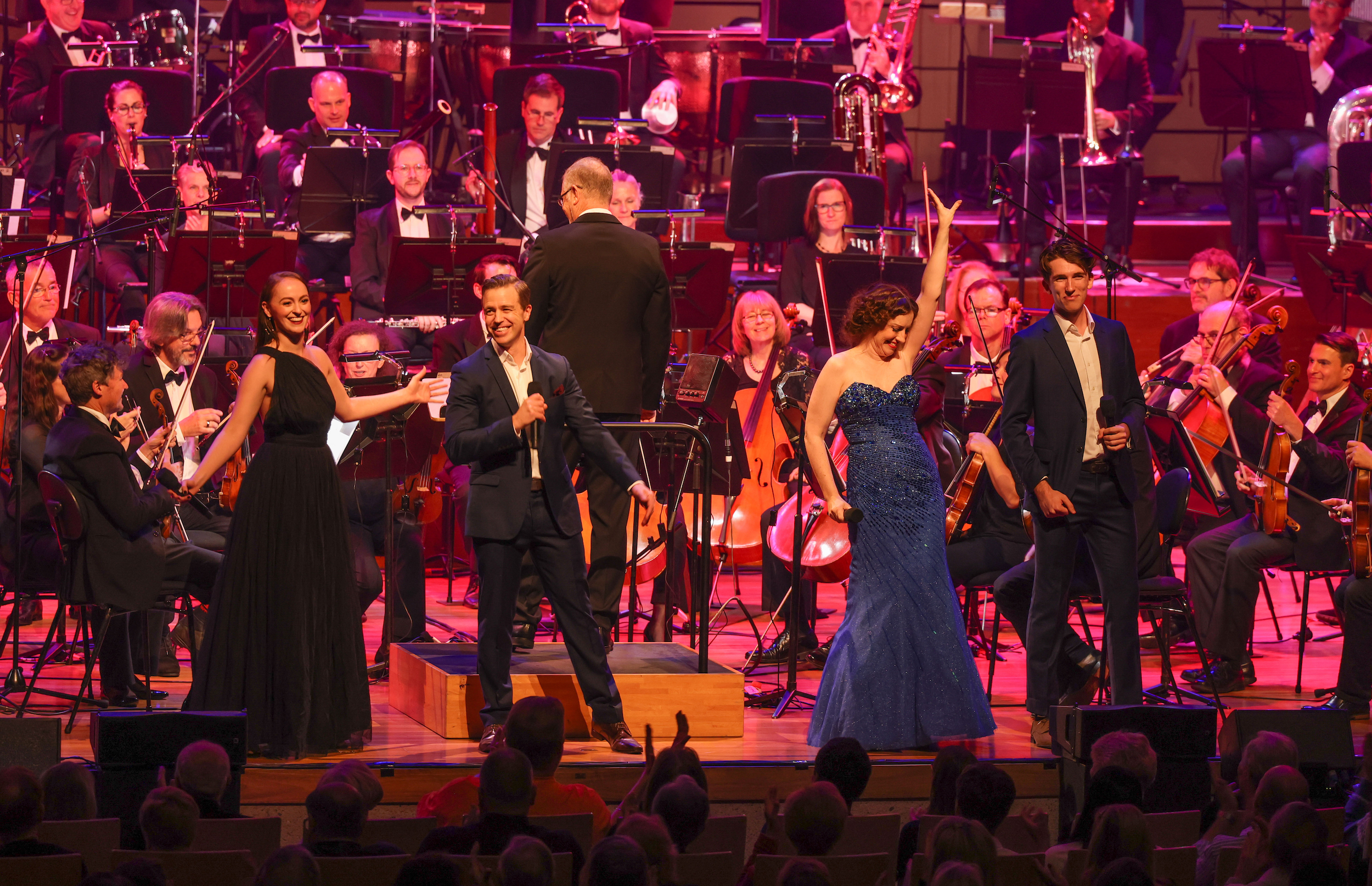