On a rainy Brisbane Saturday, I found refuge in the QPAC Concert Hall. After all the recent floods and disruptions, it was great to be back hearing live music.

The concert opened with Melody Eötvös’ The Saqqara Bird. This work is inspired by an ancient bird-shaped artefact discovered in Egypt. The music was full of intrigue, using different sounds to depict the bird and imagine its purpose. It evoked ancient life, nature, mechanical inventions and more in a rich tapestry.

Dressed in a sparkly jacket, clarinettist Irit Silver then took centre stage to perform Mozart’s clarinet concerto. The clarinet held a conversation with the string instruments, weaving in and out. Across the three movements, Irit’s performance did not disappoint. She played the lyrical melody with warmth, letting the colours of the clarinet shine. 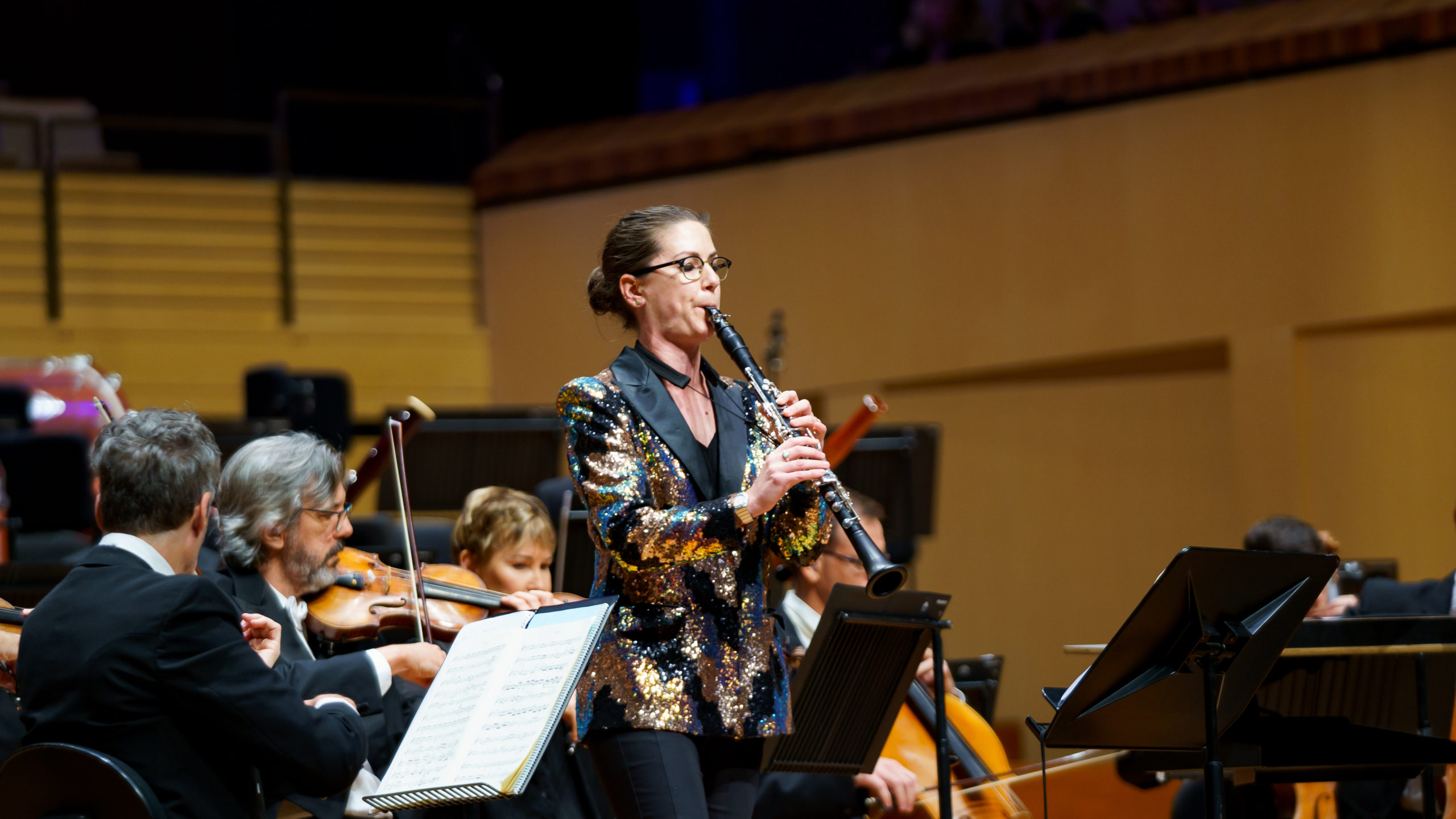 After interval, QSO performed Bohuslav Martinu’s elaborate Symphony No.1. This symphony had many contrasting rising and falling sections. This intense and boisterous piece held our attention across all four movements. It built to a frantic frenzy for a dramatic finish.

QSO’s Mozart’s Clarinet concert was an enjoyable program which placed contemporary and less well-known works alongside one of the greats. It was the perfect way to unwind on a rainy long weekend.

Coming Up
Heroes and Revolutionaries
Sun 15 May, QPAC

Smash Hit Frozen Flurries into QPAC To a Standing Ovation