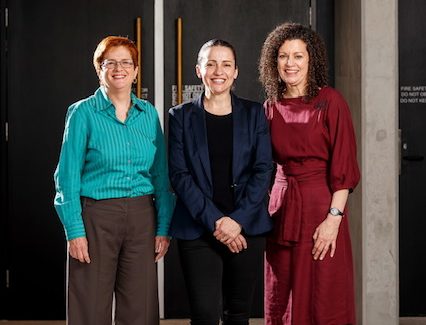 Next year, QT will be celebrating its 50-year milestone. Since then is has become the national home of new stories. Hitting new theatre records of audiences and growth. It has also welcomed a wider diversity in voices and stories, and a new generation of Aboriginal and Torres Strait Islander stories. 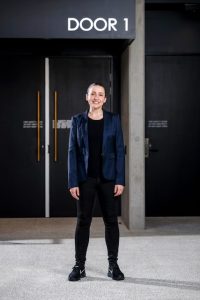 Lee will be taking over for Sam Strong, who will be leaving the company in the extraordinary shape that it is in today. Having shared an office together, Sam and Lee have a history of co-directing shows. Even sitting in their office together over playwrights and discussing their works.

Sam strong has stated his delight in Lee Lewis taking over as the new Artistic Director of Queensland Theatre.

“Lee is an artist and a leader of the highest integrity and intelligence. I’m incredibly proud of how Queensland Theatre has transformed in the last few years, and I can’t wait to see where Lee, in collaboration with the Executive Director Amanda Jolly, take it in the future.” said Sam Strong

From growing up in country New South Wales to going on to regional theatre and then all the way to New York, Lee has a long history in award-nominated theatre. Her most notable production, is Angus Cerini’s The Bleeding Tree, which won three Helpmann Awards including Best Play, Best Actress in a Leading Role, and Best Director.

When she returned to Australia in 2011, Lee became the first person to receive a Masters of Fine Arts from NIDA in Directing. As well as having her thesis published by Currency Press as a Platform Paper under the title Cross-Racial Casting: Changing the Face of Australian Theatre.

For Lee Lewis, leading Queensland Theatre is a new exciting role, because of the enormous potential for growth rather than change.

“The company needs to continue to commit to the directions and ideals laid down in the last five years so that the home audience can start to deeply own and celebrate the achievements of its theatre company. Because that is what we all want in the end isn’t it? Great nights in the theatre watching great actors telling great stories in surprising ways that make you want to rush home and insist that your daughter, your son, your best friend, your aunt who is a nurse and doesn’t have a lot of time off, must buy a ticket and see it. Building audience means making sure every show counts,” she said.

Lee Lewis will begin her role as Queensland Theatre’s Artistic Director in 2020.