Groundbreaking Aussie take on a ancient classic, Oedipus Doesn’t Live Here Anymore took to the stage at Bille Brown Studios last week with force, farce and fury – it’d be a tragedy to miss out on this one.

Queensland Premier’s Drama Award-winner Daniel Evans (I Want To Know What Love Is, I Should Have Drunk More Champagne) cited his previous work writing for Aussie Big Brother as a surprising influence for the show.

“It is fast and it is crude, and I like to create theatre that my friends can get a kick out of. It’s a love letter to suburbia where I grew up, and I owe a lot of time to that space.” 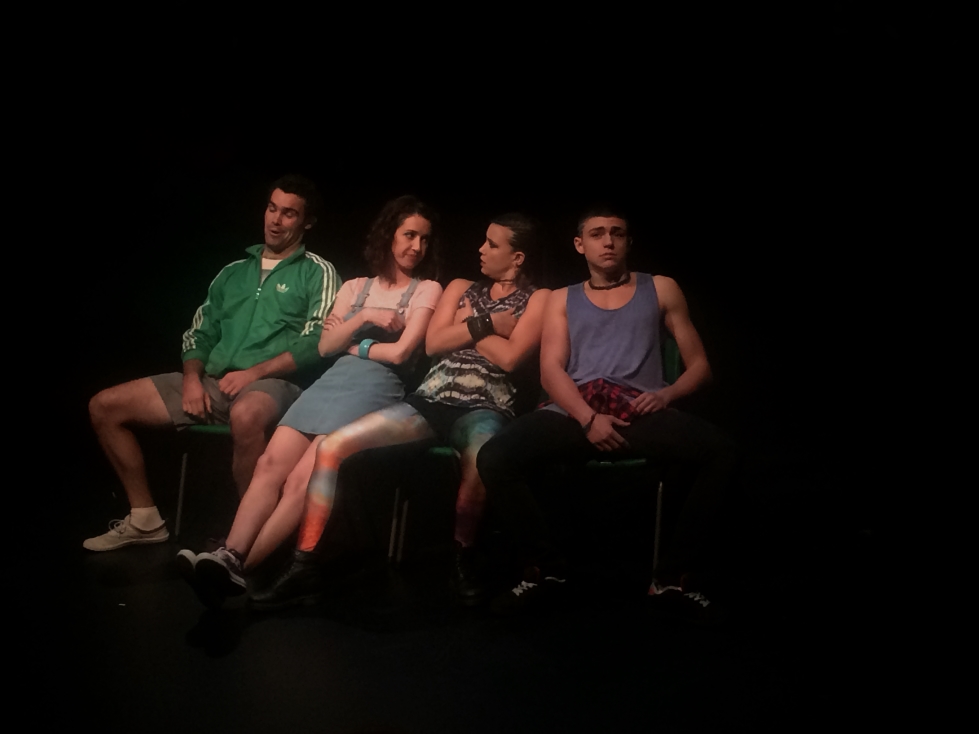 The famous characters of the tragedies such as Oedipus, Antigone, Lauis and Jocasta are plucked from their original setting and re-imagined in suburban Australia in a world that sees 90 minutes of gore and horror juxtaposed beside good old Aussie humour. Punters at the football rant and rave over a beheading. Oedipus also features a traditional Greek chorus with a modern spin, as they tell their stories to passers-by “clickbait-style”.

“The story may not be the exact story, but it’s the story we’ve sold you.” says director Jason Klarwein (Macbeth, The Seven Stages of Grieving)

All of this is overseen by the fearsome, glowing eyes of Zeus in the show’s backdrop – a sprawling wall of graffiti art peppered with sly allusions to the tragedies performed, courtesy of set designer Jessica Ross.