Queensland Ballet has created a series of world premiere ballets with their isolated dancers, in 60 Dancers: 60 Stories, to keep dance flowing.

In this unique outpouring of creativity, each of the company’s 60 dancers self-choreographed, self-filmed and edited a two-three minute ballet at home.

For the month of June, two new videos will be released each day on the QB website, and available on demand. Queensland Ballet are asking viewers to dig deep and donate, as donations will be quadrupled.

We spoke to ballet master, Matthew Lawrence, on the project and campaign to ‘keep ballet alive’.

The Creative Issue: How did the idea for releasing 60 world premiere dances via a video series come about?

Matthew Lawrence: I wish I could take the credit, but I can’t. Li and Dilshani were the instigators behind it. They approached me and said they would like a program of 60 dancers for our 60th anniversary, to do 60 new works. So they gave me the brief to curate the program. Li wanted the theme of love, the world’s in need of love at the moment. So lifting people up in spirit, empathising with people and their hardships during this time. That’s how the project was born.

TCI: What were some challenges of creating the program? What was it like to manage choreography of 60 new works and coordinate with dancers remotely?

ML: The task was up to me to put it all together with 60 dancers. It’s logistics, setting up systems, setting up Sharepoint folders, endless emails, to coordinate different groups together. The project was prompted by people being isolation, so having limited resources, and using their phones and own computers.

We linked in with choreographic mentors, because a lot of the dancers had never choreographed before. We linked myself, Natalie Weir, Rani Luther, Jack Lister and Greg Horseman with the mentors. All of the 60 pieces were arranged by our music department, and about half the music is original. Each dancer had one choreographic mentor, one musical collaborator and one editing mentor, who worked with them. So, three people working on each project and me overseeing. Then multiply that by sixty dancers, it’s huge.

The project was done over a two-month creation period. So, I separated them into six groups, working on one project at a time. Then that one group would have a two-week period for creation, drafts, filming. Then we’d move on to the next group, and there’d be a little bit of cross-pollination between them. That’s how I broke it down logistically. 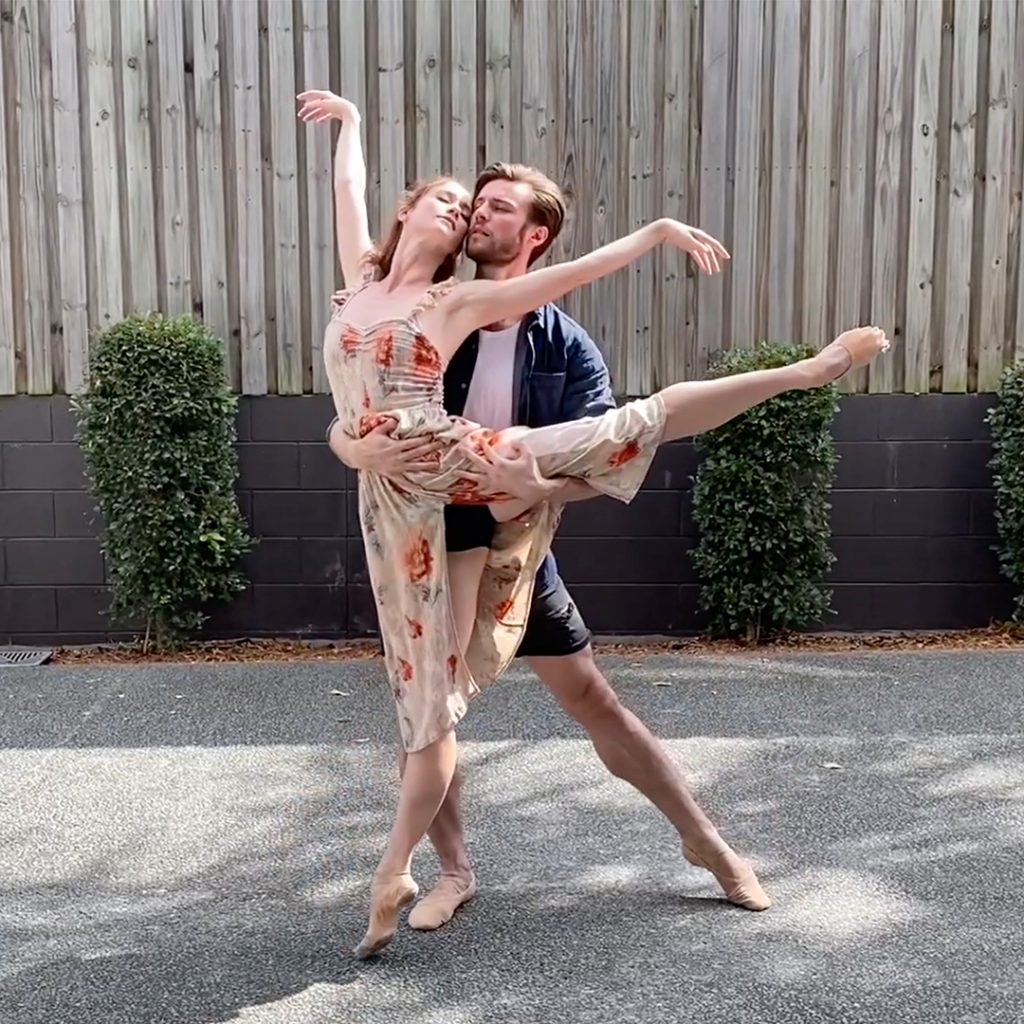 TCI: How have the dancers responded to the 60:60 project?

ML: Really positively. It’s so out of their usual comfort zone, but they’ve all taken to the challenge. It’s been incredible really, the quality of the footage they’ve produced. They’re quality dancers, but to do the choreography, filming, editing, is not usually in our skill set. So, that’s been quite impressive from all the projects.

It’s been really nice for them to have something to work and during this time as well. One of the reasons why the project was started was to keep involvement with the audience with also keep motivation and creativity going with the dancers during this period. It’s so important for your mental health that you’re keeping busy, not just twiddling your thumbs waiting for the theatre to open (which may be a very long time!). 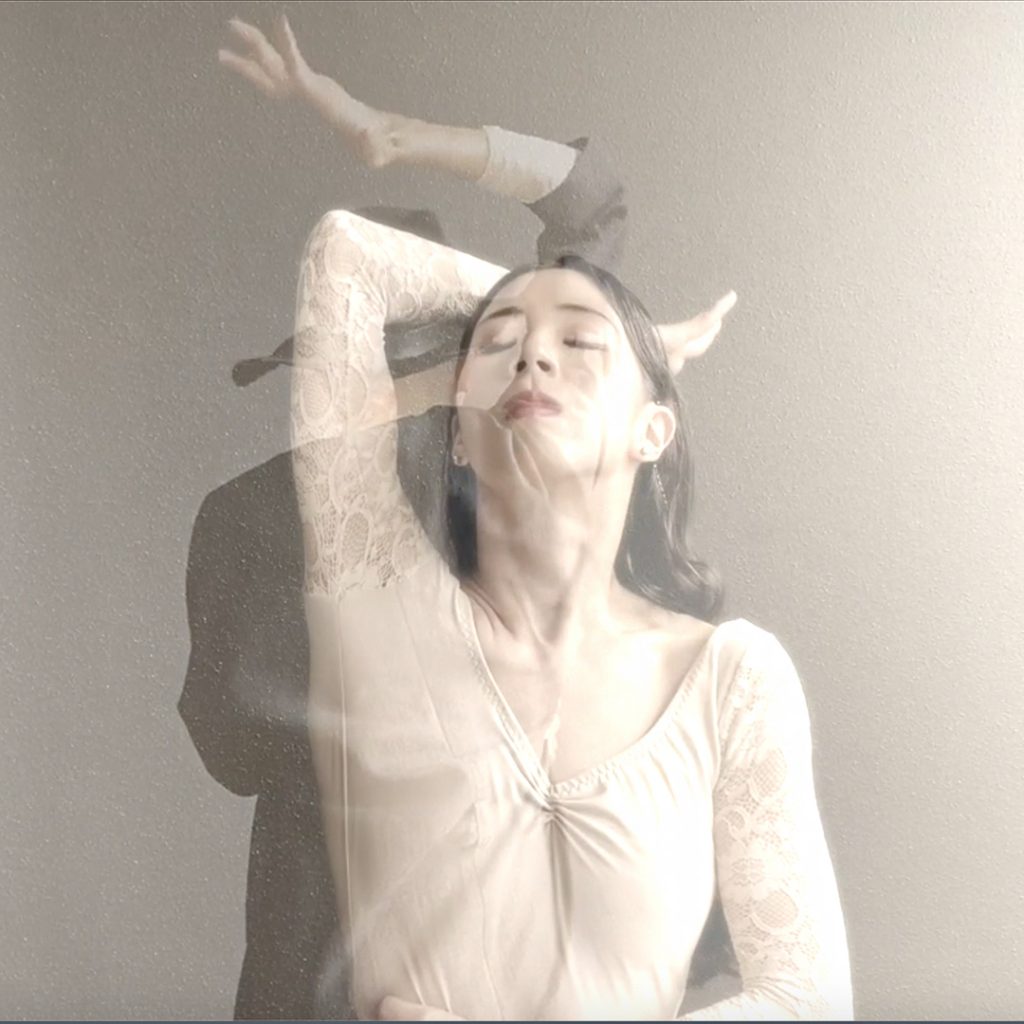 TCI: The series is based on a theme of love. What do you think of the role of dance/ arts during difficult times?

ML: All art is there to empathise with other people’s emotions. That’s why we love it, because we see part of our story in other’s stories. I think that’s the nice thing about the 60:60 project, in a lot of the pieces, people would have felt exactly the same thing. Missing family, friends, wanting to get outside, simple things like that. Connecting with other people. That’s what the project brings to the fore.

I was very conscious that having a love theme we need to give a bit of light and shade to the program, some balance of emotion. I think people have had nice connections with close and immediate families, so having a bit of light is important. In the behind the scenes clips we have some stories of our day-to-day, our training. They tell a narrative of struggle, determination and pursuit of excellence. That’s what I wanted to get across there.

I wanted to show dancers and how they’re trying to cope in this situation. I think we always look at people on stage and think they are quite wealthy, but really it’s the opposite. We’re living in little apartments and trying to do our best on a minimum. Sometimes to give the audience the perspective of that is not what they expect. I think that’s powerful. 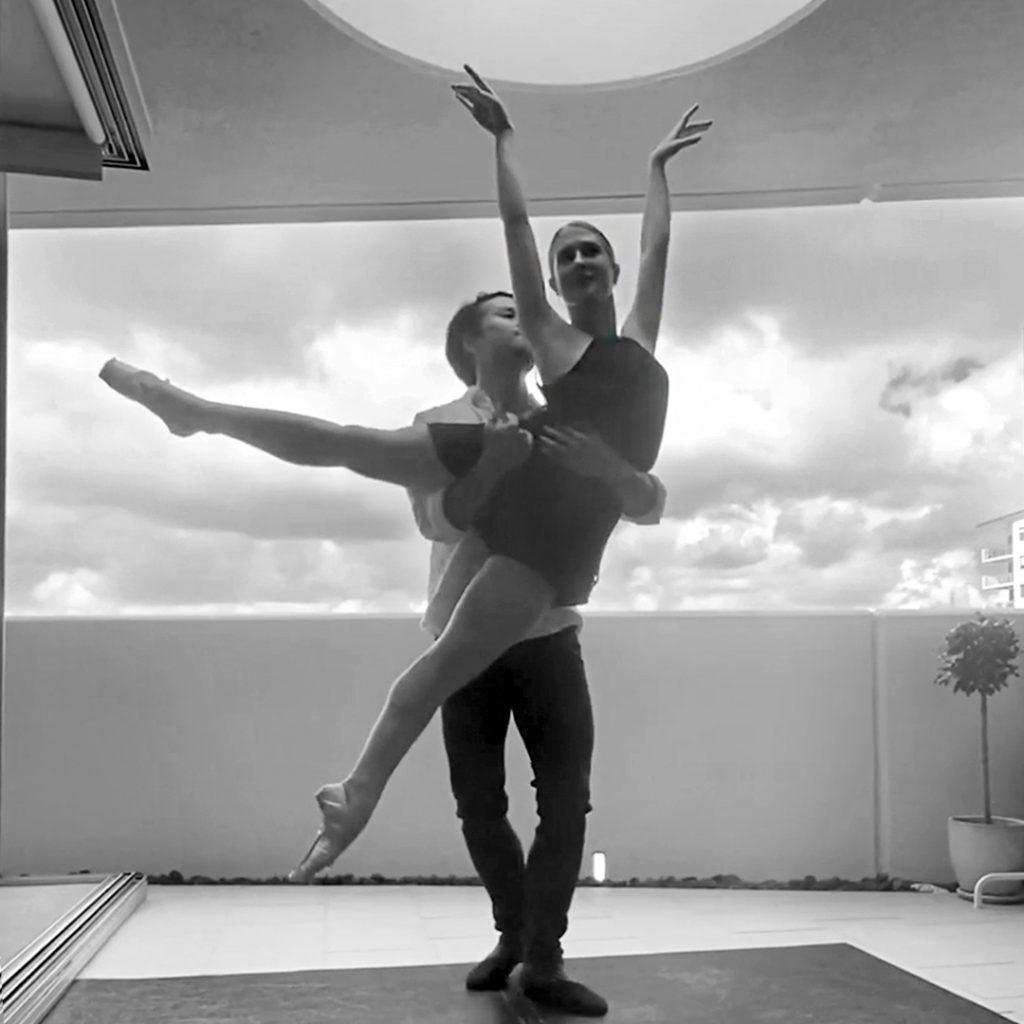 TCI: Queensland Ballet have postponed their entire 2020 season to 2021. Do you have any plans to produce more digital content during this time?

ML: It is ever-evolving at the moment, in terms of the performance space. I think there is talk that we will be doing some pop-up performances before the end of the year. All of this is very reliant on whether the theatres open up. We are talking about doing little bits and pieces like that, if we’re allowed. They’ll probably be in venues that are slightly different. The bigger theatres won’t be able to take a full capacity for a while. So we are investigating that.

We’re certainly talking about the 60:60 project having some future productions as well, as a stage presentation. Maybe further developing some of the pieces. I think we’re aware that it’s a very unusual space for ballet companies to be in, to be honest. It’s new territory for us. We’re predominantly a stage performance company, not a digital space company, so for us, it’s an exciting space. We’re investigating where this will take us creatively and how that will take us back to the theatre. So, watch this space! 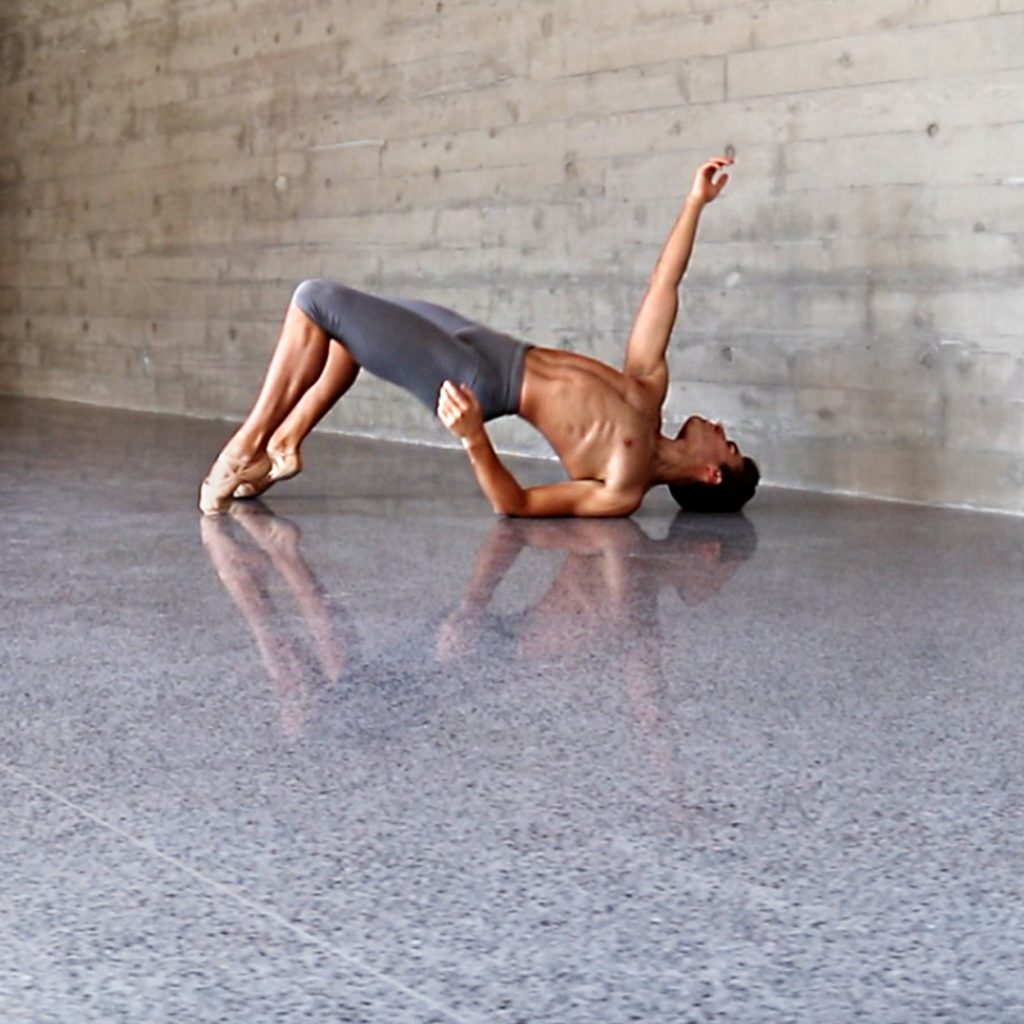 ML: We’re starting to creep back into our studio now, which is great, in little drips and drops. I think we’re all feeling like those hard times are starting to go. Last Wednesday was our first day back. It’s a great feeling. I’ve captured that a little in the 60 Stories. I took a little bit of footage yesterday, when the dancers were coming back. So it has an arc to the season that you’ll feel. You’ll see in the early pieces, most people are in their homes, when it was more lockdown, then gradually through the season people are starting to explore outdoors more.

It’s been a great project. A world first project. It’s never been done before from a ballet company, or a dance company, in the world, ever. It is a world first to this scale, 60 short works done in a season. I think we can be proud of Queensland, in terms of a digital art space, a new work space. I think we’re right at the top of ambition. So I think it’s an exciting project, and something that will really connect with people. Also, because it’s a digital space, it will have a lasting legacy. Dance is an ephemeral art form, create it and it disappears, so it’s sometimes nice to leave a footprint.

With the 60 Dancers: 60 Stories project, a large part of it is for a live campaign, which I should also plug. We’re asking for donations. During the month of June, we have a donor who’s quadrupling all donations, so up to a million and back. That’s a big part of trying to keep our viability as an arts organisation going, while we’re not earning any income. We’re asking that if you enjoyed the company, enjoyed the show, please feel free to donate. 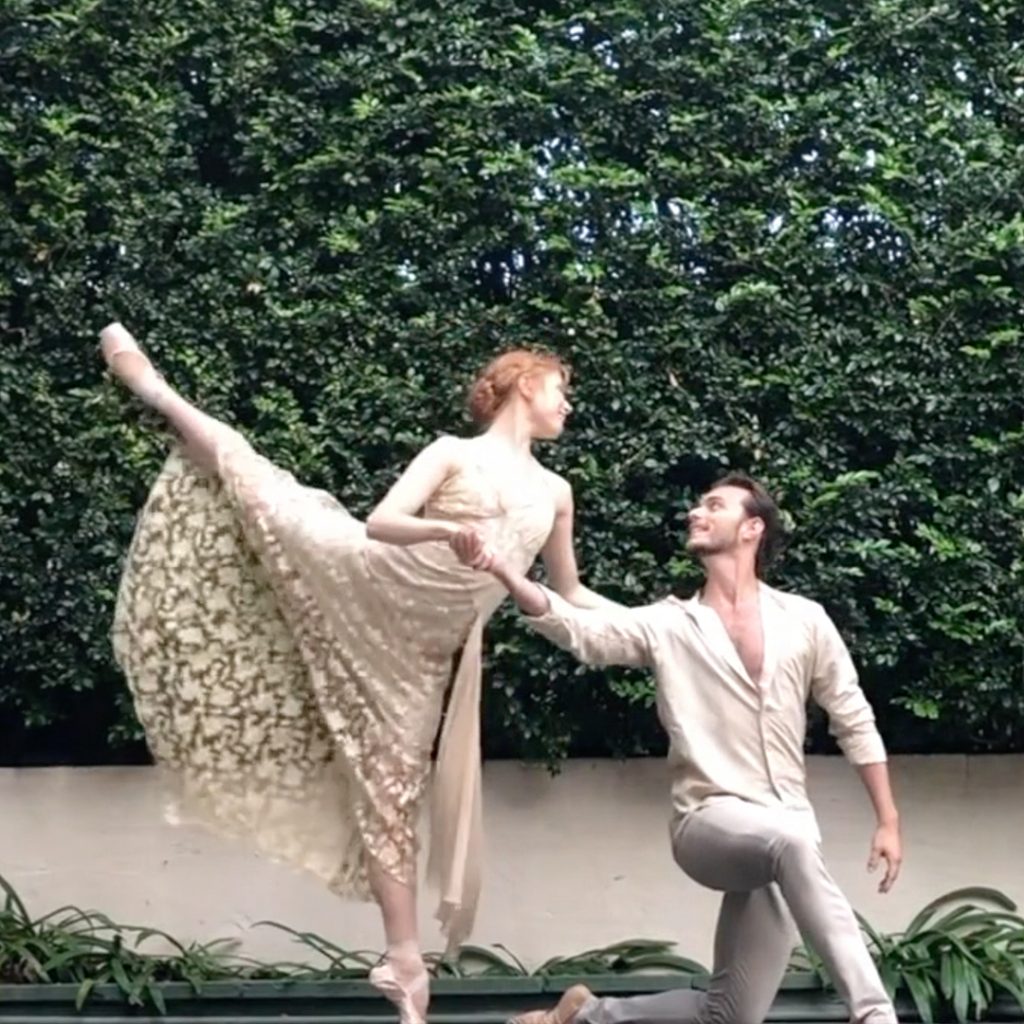 A video from 60 Dancers: 60 Stories was also featured in True North, live-streamed from QPAC.

Bev Killick Does Comedy On Zoom!