Many may feel 2017 was a difficult year, but not Queensland Theatre.  With the company breaking records in terms of audience reach, ticket revenue, and acclaim they have much cause to celebrate. On the back of incredible success, Amanda Jolly has been named the new Executive Director for the company.

What comes with Amanda is artistic pedigree and success. She has worked as Director of Marketing and Development with Le Theatre Centaur in Montreal. Prior to that was Director of the Office of International Relations for the National Department of Cultures in Chile. She also has vast experience in the State Library of Queensland and with the Victorian State Opera.

How does a Theatre company proceed with those accolades into another year of building, creating,  innovating and growing?

Sam Strong seems to keep a sense of optimistic prudence in his tone. As Artistic Director he has artistically had a wonderful year himself. Sam made his directorial debut last year for Once in Royal David’s City. Which itself became an award winning success among audiences. So theatre’s continued success in the age of infinite content is perhaps surprising. When mediums like music, television, cinema struggle with uncertainty in the digitisation of media. Theatre continues to thrive. I ask Amanda and Sam that is it perhaps its status as a live experience part of theatre’s continued appeal? 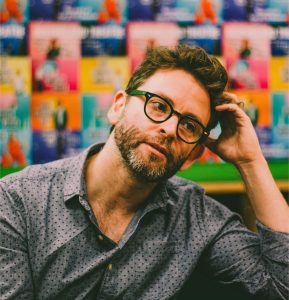 Sam begins “I think so there is something about the theatre that no other platform can do. We are often telling new stories about the society in which we live. But also its an experience of breathing the same air, sharing the same moment with the 200, 300, 900 people you are having the night with. It is a really unique and profound and affecting experience that other mediums cannot compete with. And I think that’s why people are still drawn back to the live experience.”

But how does the ‘live experience’ and say, a night at the movies actually differ? Amanda then identifies that these are different “because  its real human beings who are standing in front of you. So its not as easy to divorce yourself from the experience. You don’t have that distance between the story and you because a real person is bringing it to you.”

“We’re incredibly thrilled that Amanda has been appointed and I think that collaboration, that teamwork starts at the top of an organisation. We joke about that they are the parents. Here, we seek to create great collaborations and great collaborative experiences, and that us starting this process with a really strong collaboration is a wonderful thing.”

Sam continues:”Where the relationship between Artistic Director and Executive Director work is when there isn’t too strict of a sense of terrain. So Amanda is very involved in the curation of the program. But equally I’m very involved in how we market the company. So where these partnerships work is when you are very comfortable in having the other person in your terrain. Or maybe more than that where there isn’t really a sense of terrain.”

This freedom in terrain is also a creative act. Despite these individuals being leaders, administrators they are first and foremost artists. And artists more than anything need freedom. Speaking of Art, The Twelfth Night is the next play on the program for Queensland Theatre. The Shakespeare classic is cannon in literary circles. But the public may not be as familiar with it as other Shakespeare plays. Why has Queensland Theatre chose this play and what should audiences be expecting?

“I think The Twelflth Night is Shakespeare’s best comedy” Sam Begins. “Its the last true comedy that he writes. Its the end point of the refinement of all those comedic tropes that he has been working across and, I think, the consequences of it being the last comedy is that it is the most complete play. As well as being very funny it is also incredibly moving as in the reunion of the twins. And its also quite dark in the exploration of the ill treatment of some of the characters in how they are left behind. It is also his most musical play which is the start of the collaboration with Tim Finn [the composer of the play]. I think being able to give people that first experience of the Twelfth Night is a wonderful gift.” 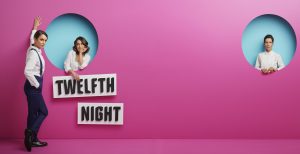 Perhaps then its appeal lies in its potential as a new experience for audiences?

“Sam has actually been very clever because the music will make it a fantastic way in for a lot of people. The accessibility of the music will kind of be a terrain they are familiar with. Its not magical, let’s put it that way.”

“Yes, we are a lute free zone!” Sam exclaims.

Theatres today must be contemporary and accessible to survive. But modern audiences also expect to be challenged when they enter the theatre doors. So will Queensland Theatre have upcoming projects that will challenge audiences?

“I think absolutely. One of the unique things about a theatre company like ours is the kind of breath and variety of our artistic output. We are having a rehearsal right at the moment for a play about the 2015 NRL grand finale called The Longest Minute. Its a play about the North Brisbane Cowboys. Its a play abut a woman who plays rugby league. But its also about one of the greatest moments in recent sporting memory. So that illustrates a wide spectrum. But the thing that links them all together is that they will all engage audiences.” Sam affirms

On the upcoming Queensland Theatre calender is Good Muslim Boy. The play is both innovative in having Osama Sami, actor and writer, play himself. But also accessible as a heartfelt but funny memoir.

“Absolutely and he does a great job. That is the portrait of a young Muslim man in Australia. So that’s something we are very proud to be presenting, and its also very contemporary as well.”

As a closing note, Queensland Theatre are renovating the old Billle Brown Theatre into a 350 seating theatre space. Amanda Jolly has been heavily involved in the construction of the new theatre. This expansion  seems to be a statement of intent for the future:

“Its interesting because we as a theatre company have never really had our own theatre. We are nearly 50 years old now and and we are finally getting close. We are building it to play on that iconic intimate activity that a theatre company should have because it is going to be a corner stage theatre. So audience members will be very close together and very close to the performance. It will be a very special experience and its different to anything else that anyone can offer you in Brisbane.”

The pulse of theatre is alive and well. Theatre companies will always have an eye to the past. But if they are to remain as successful as Queensland Theatre they will need an eye to the future as well.

The beating Art of the Mind: Spectator Jonze, Matt Stewart

Misogyny and the Australian Music Industry