2020 will mark the Golden Jubilee Of Queensland’s titular theatre company, and they have decided to celebrate in style. In their star-studded season launch last Sunday, the company unveiled an exciting mix of theatrical débuts and well worn classics designed to act as a jewelled crown to 50 years of stories. Shiniest of the jewels may be Boy Swallows Universe the theatrical adaption of Trent Dalton’s tour de force novel. The adaptation has been commissioned by Queensland Theatre and is set to be the highlight of the season, simultaneously showcasing the companies commitment to original work and uniquely Queensland stories. The play will also be the final directorial foray of Sam Strong as QT’s artistic director, as he partners with seasoned adapter Tim McGarry to bring the show to life into a budding classic.

But the fun doesn’t stop there – seven more works round out the season.

Sauntering onto stage first-up is the Australian classic Emerald City, written by another Australian classic, David Williamson. The introductory work of the 2020 season is steeped in symbolism; David Williamson celebrated his 50th year as a playwright, creating a double Golden Jubilee with Queensland Theatre’s 50th anniversary. Williamson’s works also hold a special importance to director Sam Strong, who first came across it in high-school and now comes full circle to stage it as one of his final piece’s as Artistic Director. The play itself is a sizzling take on the decadence of 1980’s Sydney, and posses questions such as ‘what does integrity mean in a world that prioritizes capitalistic achievement?’. 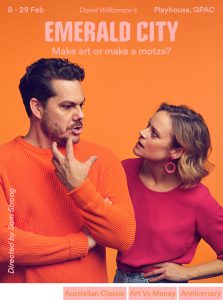 Second into the ring is the début of Glace Chase’s Triple X. A rather risqué piece for the company, the play promises to be hilarious, sexy, and often downright dirty, while making room for love, romance, and genuine conversation surrounding sexuality and gender. Paige Rattray is captaining the directorial ship. 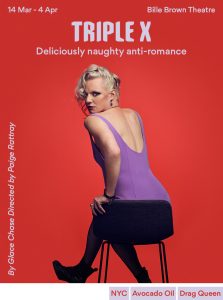 Third Cab off the rank is well worn classic from the bard himself, Othello.  Directed by a stalwart of the Brisbane scene, Jason Klarwein, the play has is set in the Torres Straight in World War Two. 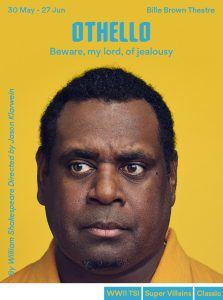 Fourth act sees David Megarrity’s The Holidays take the stage. This production is dripping with accolades; the play achieved the Queensland Premier’s Drama Award and it’s to be directed by the Matilda Award-wining Bridget Boyle. The story offers contemplation of morality on a quintessential Queensland Beach getaway. 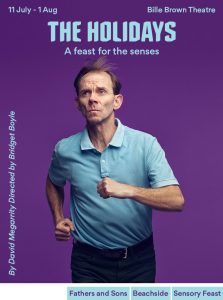 Stepping up fifth to the plate is The Children, a sober investigation into accountability, morality, and the environment from an emotional perspective. The play is written Lucy Kirkwood, a rising star in the United Kingdom’s theatrical scene. It will be directed by Zoe Tuffin in her mainstage solo-directorial debut. 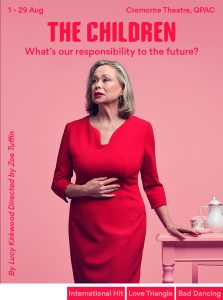 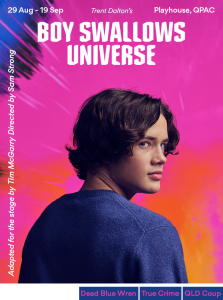 Seventh heaven goes is the Griffin award-winning Prima Facie. Playwright Suzie Miller has created a one woman show dedicated to sparking systematic change in Australian society and legal structure. The story is set to unfold as a gripping and emotionally tumultuous drama directed by Lee Lewis. 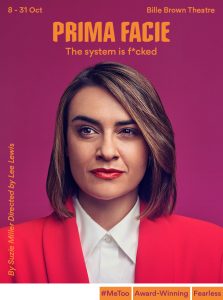 Eighth, last, but certainly not least is the world premier of Phaedra. This speculative satire transports one of drama’s greatest heroine’s to a post-modern Queensland that has succeeded from Australia. This finale comes from the creative visionaries at Belloo Creative and is sure to end the season with a bang. 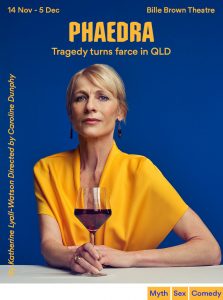 Get excited ladies in gentleman, because this coming year is set to be a landmark for theatre in Queensland. You can check out the season on Queensland Theatre’s site here, and order tickets to the shows here. Keep an eye out for our coming interveiw with Trent Dalton where we talk everything from adapting page to stage, to the beauty of dancing amongst paperbark trees.

On beat with Beethoven: QSO’s 2020 Season