On the eve of the launch of the Brisbane Festival, the Queensland Theatre Companyâ€™s world premiere of â€˜St Maryâ€™s in Exileâ€™ showcases the best of Queenslandâ€™s home-grown talent, with a powerful exploration of our modern relationship to spirituality, the inevitability of human weakness and our loyalty to the traditions of history.Â

David Burtonâ€™s new play is based on the true account of Father Peter Kennedy and the South Brisbane parish of St Maryâ€™s â€“ a community who achieved international fame in 2009 for daring to go up against the might of the Vatican. While delving into huge existential themes of love, faith and loss, this new work from one of Queenslandâ€™s brightest young playwrights never loses sight of its human centre. 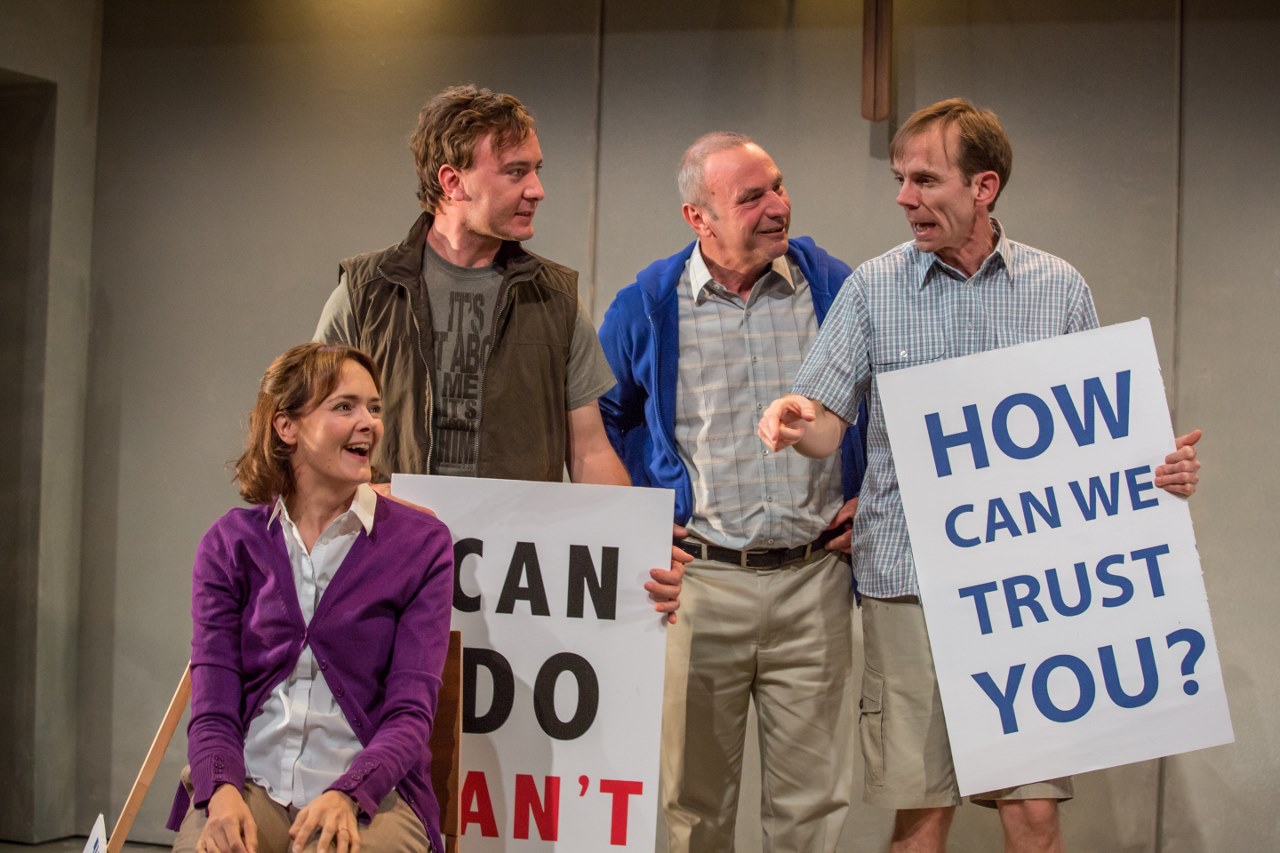 One of the key motifs of the script is the sometimes unrealistic expectations that the church and society has of members of the clergy. Do they become less human when they don their vestments? Are they not still prey to the foibles and weaknesses of the human mind and body? All this is in service of the playâ€™s ultimate question: how do we define our spirituality and our relationship to religion?

The cast, led by a magnetic yet humble Peter Marshall, deliver naturalistic, complex and funny performances, impressively handling the large amount of exposition theyâ€™re forced to deliver. Bryan Probets, in particular, shatters the audienceâ€™s heart in a single two-minute monologue as one of St Maryâ€™s congregation who found sanctuary, and not twenty minutes later inspires tears of a different kind in a pitch-perfect impression of Tony Abbott on â€˜Q&Aâ€™.

Anthony Spinazeâ€™s clever set design uses its muted palettes to let the actors shine, as does the creative lighting by Daniel Anderson. 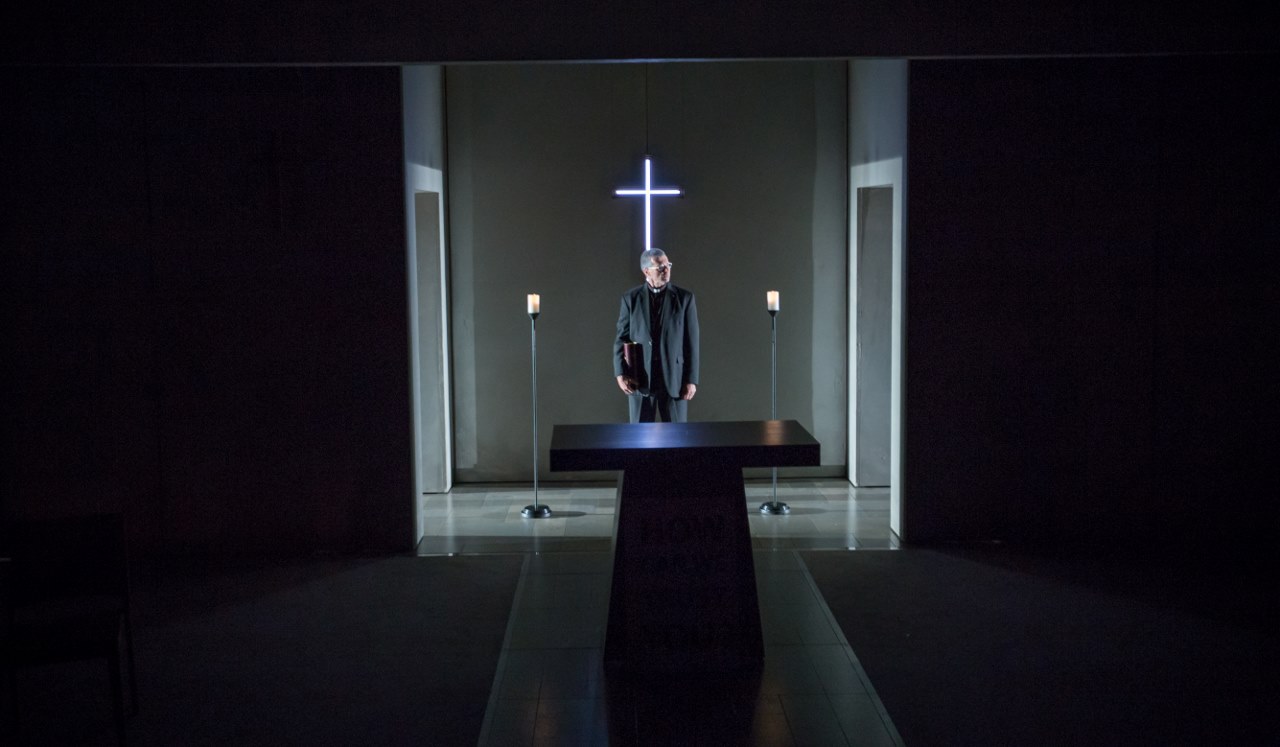 The play doesnâ€™t always reach the lofty ambitions it sets for itself. Occasionally, the characters become ciphers, reciting undisguised polemic, and its flashback structure sometimes descends into over-acted melodrama. But when it works, it forces us to question the very Christian traditions our society is built upon.

Thereâ€™s no more appropriateÂ place for this play to be staged than at the QTCâ€™s Bille Brown Studio â€“ a block away from the original setting of this David and Goliath struggle, and just down the road from where St Maryâ€™s continues to meet, at the TLC Building on Peel Street. As Burton reminds us, the beauty of humanity is that despite our weaknesses and flaws, our near-constant failures, something in us compels to keep striving onwards and upwards.

6 Events You Must See At The 2016 Brisbane Writers Festival