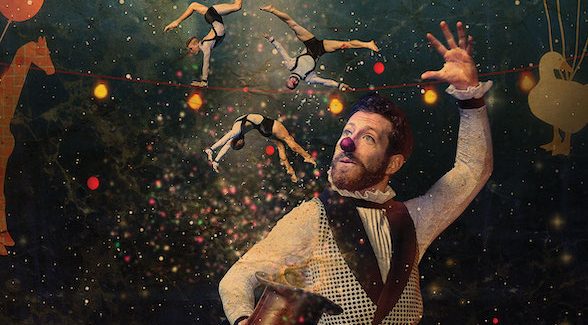 QPAC has announced its home companies, Queensland Ballet, Queensland Theatre, Opera Queensland, Queensland Symphony Orchestra and Circa will return to the stage in Queensland’s Own.

QPAC is set to be one of the first major performing arts venues in Australia to welcome back audiences at 50% capacity with an exciting new season.

On Wednesday, I attended the media call at QPAC and met the directors of these strong, resilient arts companies. John Kotzas, QPAC Chief Executive, opened the event with a short, uplifting speech on their reopening. He then invited Li Cunxin (QB Artistic Director), Craig Whitehead (QSO Chief Executive), Amanda Jolly (QT Executive Director), Patrick Nolan (OQ CEO and Artistic Director) and Yaron Lifschitz (Circa CEO and Artistic Director) to each say a few words. There was a strong sense of camaraderie, collaboration and pulling together to make it possible to return to the stage. They also spoke with relief of being able to emerge from the COVID darkness and for their artists to restart performing. 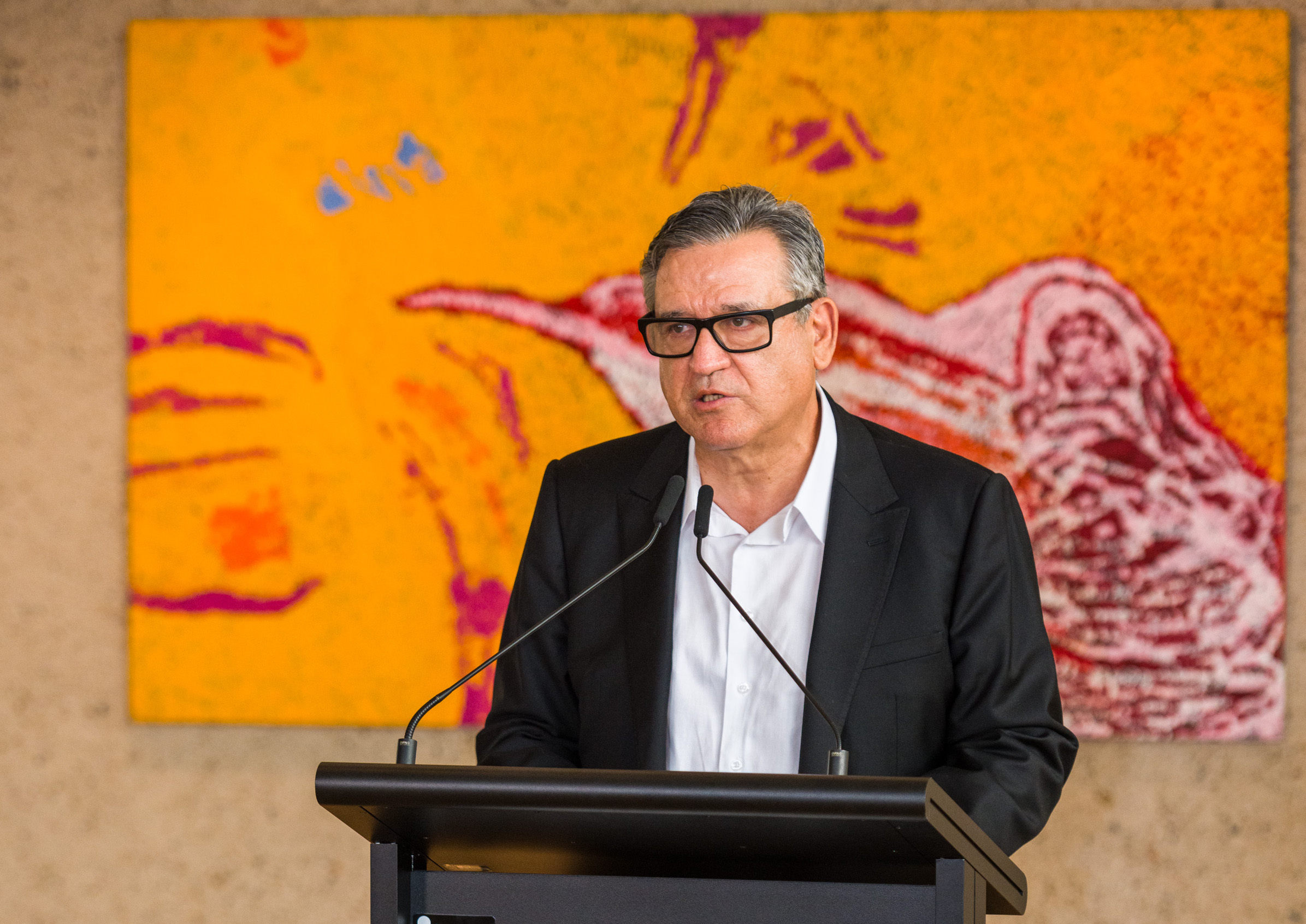 After the speeches, they opened up the floor for the media to ask questions. Channel 7 and Channel 9 had their cameras rolling. Then, after some photos, I chatted with Opera Queensland’s 2020 Young Artist Rebecca Cassidy (read it here) and was introduced to Patrick Nolan and Yaron Lifschitz.

Yaron and I caught up en route to the next photo location, walking through QPAC. To start off, I asked him how excited he is for Circa to return to the QPAC stage. He said they’d been back already for Brisbane Festival with Leviathan, but to be part of Queensland’s Own is thrilling. Yaron said, “Coming to do a show outside of a festival context has a very different audience, and it’s great. We love being home. It took us a long time to get in here, it was many years doing shows not at QPAC, so it’s pretty special.”

I then asked what he is most looking forward to in the Queensland’s Own season. Yaron said, “I’m really excited for Humans, because it’s got some new cast members. The show shape-shifts around people and personalities. Then, Carnival of the Animals is just such a great, entertaining piece to be bringing back here. It’s classical music for young audiences, with video and animation.” Yaron hopes that performing a family show, “to finish off what’s been a wretched year, for everyone, will be special.” 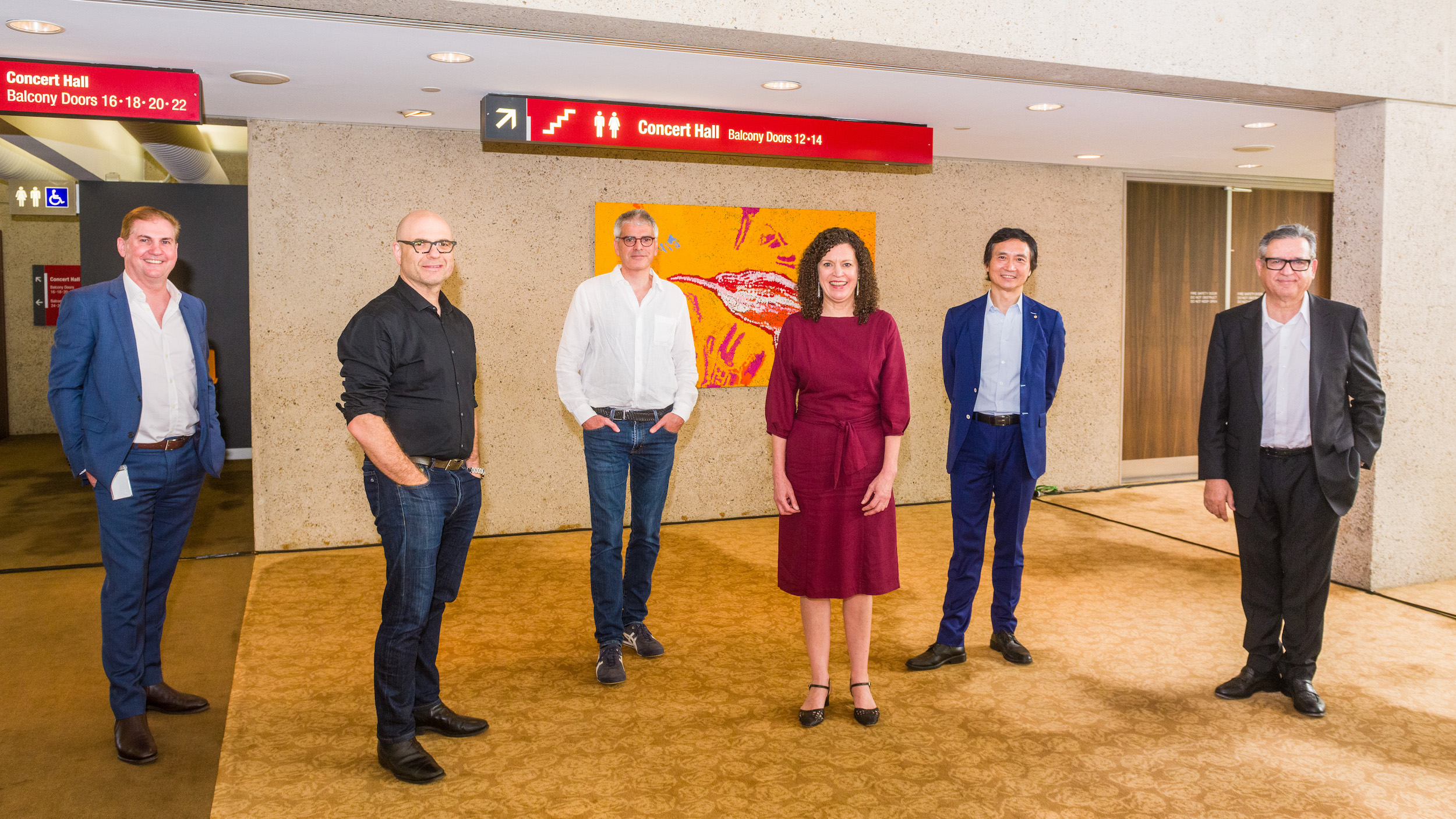 We then discussed challenges of putting on a show with close physical contact between performers in a COVID-safe way. Yaron said there’s hand sanitiser and rules, but that they just have to be aware. “The biggest challenge for us is when someone has a sniffle, they’re out for three days while they get tested. So, you never have the same cast twice.” Yaron said the cast members must trust each other, “it reinforces the mutual dependency and connectedness of the group. If somebody goes out and acts like a goose, it affects everyone in the group.”

We then talked about what has it been like for Yaron to direct Circa during this time of uncertainty. He said Circa was one of the first companies back in physical contact, and back on stage in Queensland. “We’ve been really lucky and we’ve kept our full ensemble engaged, everyone’s still at work. Circa have been making shows, doing performances… We’ve done projects in Austria, and Western Australia, so we’re just trying to keep hustling, and keep creating.”

As we stepped out of QPAC into the sunshine, I asked Yaron what audiences can look forward to from Circa. He said they’re creating new projects, and “I could tell you, but I’d have to kill you.” So, there’s Humans 2.0, which should open early next year. Circa are also getting ready to open Sacre, a touring version of Rite of Spring, so the first half. Yaron said his motto is “all new materials” and he will use this time “to really shake up what we do.” 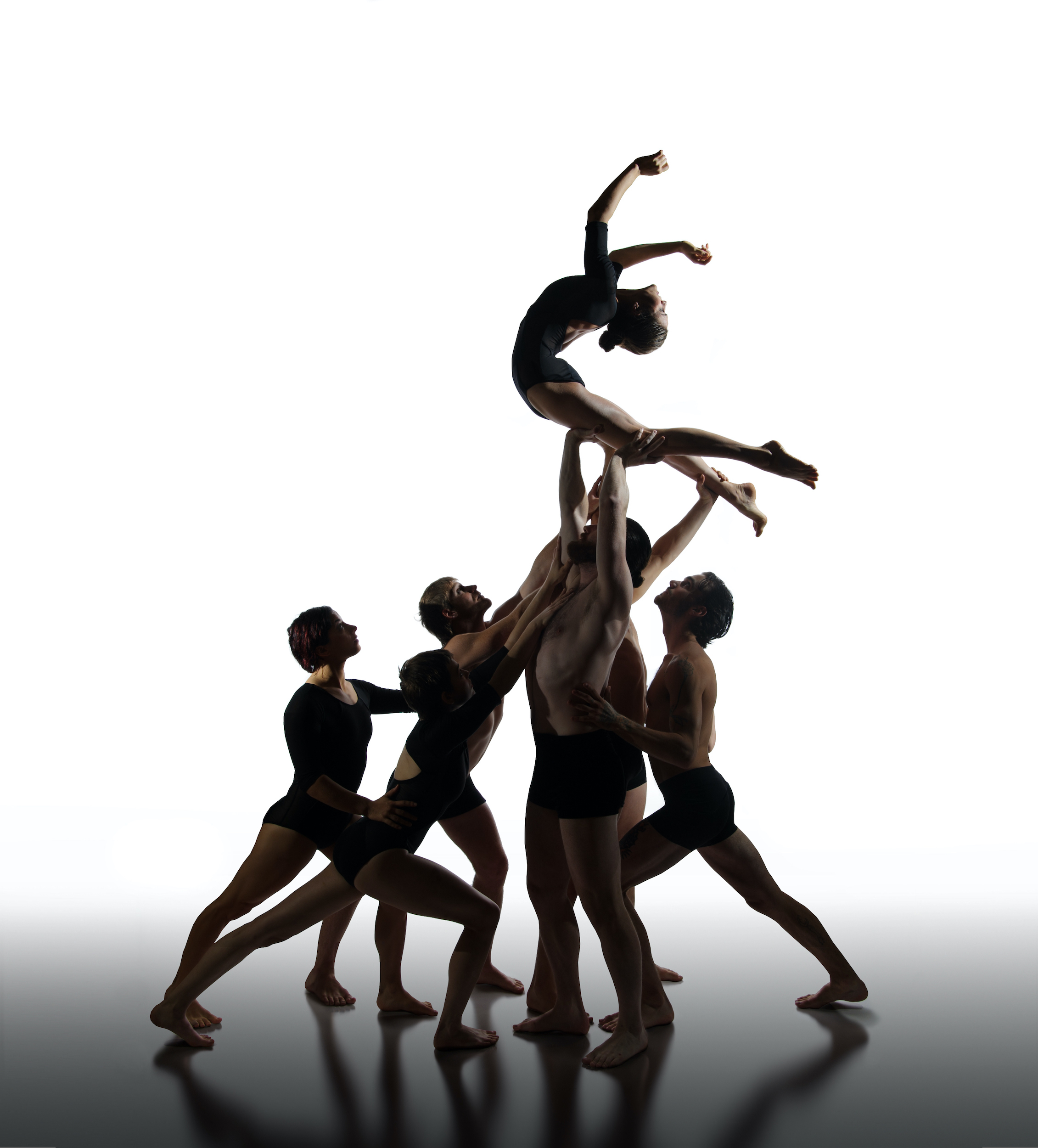