Theatres are closed, but talented artists are forging forward with new works.

The winner of the prestigious Queensland Premier’s Drama Award (QPDA) 2020-21 will be announced in the coming weeks. With three talented Queenslanders in the running to have their play performed on the mainstage during Queensland Theatre’s 2021 Season, Anna Loren, Maddie Nixon and Steve Pirie are sure to be excitedly awaiting the announcement.

Having beaten 221 entries from around Australia, Queensland Theatre Artistic Director, Lee Lewis, emphasised the prestige of the award, and the variety and quality of all three finalists.

“The three plays vary in tone and style, but each is linked to the playwright’s own experiences which gives them an authenticity and honesty that audiences will respond to,” said Lewis.

About the finalists and their plays
Anna Loren (Sunshine Coast)
Anna Loren is an actor and theatre maker. She is one of eight emerging playwrights, chosen to participate in Playlab’s Incubator Program in 2019, and was recently supported by the Regional Arts Development Fund to attend a residency in Finland, under the mentorship of theatre professional, Dr Margi Brown Ash. Anna has taught for The Actors Workshop and NIDA Open (Brisbane), as well as The Rose Bruford Youth Theatre, NCS The Challenge and the Drama Club (London). [Full biography on request]
Her entry,’Comfort’:
Comfort: a state of physical ease and freedom from pain or constraint. Sitting between British-Indian colonial rule and Japanese occupation, Burma is a country torn apart by war. COMFORT is a semi-autobiographical work responding to the whispers that her grandmother may have been a ‘Comfort Woman’ in 1940s Japan-Occupied Burma. Moving between past and present, personal and political, GRANDDAUGHTER wades through official military records, rumour and euphemism as she gently unpicks the threads in search of her GRANDMOTHER’s truth. 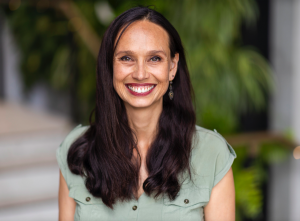 Maddie Nixon (originally Sunshine Coast but now Brisbane-based)
Maddie Nixon is a Brisbane based writer, director and youth arts practitioner. Maddie is the Youth and Participation Producer at La Boite Theatre Company. Credits include, as playwright: The Parable People (Alpha Processing – Playlab), Cooladdi (HWY Festival – La Boite Theatre Company, 18-26-Year-Old Playwright Program – Queensland Theatre and Fresh Ink – ATYP), Food Fight (Fresh Ink – ATYP). [Full biography on request]
Her entry, ‘Binnavale’:
The Big Pineapple, The Big Banana, The Big Merino. Australian tourists love big things. But what about the small things? Binnavale is the smallest town in Australia. For now. Once a bustling hub in the orange desert of central Queensland, Binnavale is entirely isolated and solely occupied by one family, the Murphys. Mum, Dad, Levi and Sam, run the town’s crown jewel and only remaining business, The Bin Hotel. Business at The Bin isn’t exactly booming, but it’s going well enough, and the Murphys honestly believe that that they are the gate keepers of the greatest place on Earth. That is until the young hotshot Federal MP Mr Pryce, proposes the Postcode Hybridisation Scheme, a bill which if passed will conjoin a series of small population postcodes in remote and regional Australia. If the Murphys lose their postcode, they lose their smallest town status, and they lose their business. Binnavale is a comedy about family, grief and growing up. 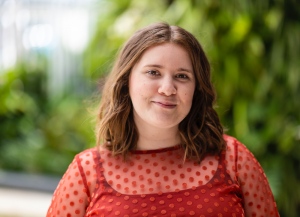 Steve Pirie (originally from Toowoomba but now Brisbane-based)
Steve Pirie is a writer, theatre maker and youth arts worker based in Brisbane. A graduate of the University of Southern Queensland, he is also the co-Artistic Director of Mixtape Theatre Collective, a regional independent theatre company based in Toowoomba, Queensland. His first play, Escape from the Breakup Forest, has since been published by Playlab following statewide seasons, and in 2014, Steve’s work 3 O’Clock, Flagpole was selected for development as part of the Lab Rats initiative. In 2017, he was an independent artist with Queensland Theatre where he developed his work, Return to the Dirt as part of his residency. [Full biography on request]
His entry, ‘Return to the Dirt’:
In 2014, Steve Pirie returned to his hometown in regional Queensland with no job, money or goals. After a series of dead ends he finally found work in a local funeral home where he spent the next year living and working among the dead, the dying and the families left behind. Join Steve, your tour guide, as he takes you through the realms of the dead and behind the closed doors of the Australian funeral industry in this powerful meditation on what it means to die in the 21st century, to lose the ones we love and what a twenty-something learned about what awaits us at the end. 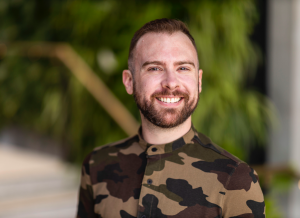 QPDA is set to be announced in the coming weeks.

The Best Kind of Delivery: Chocolate.