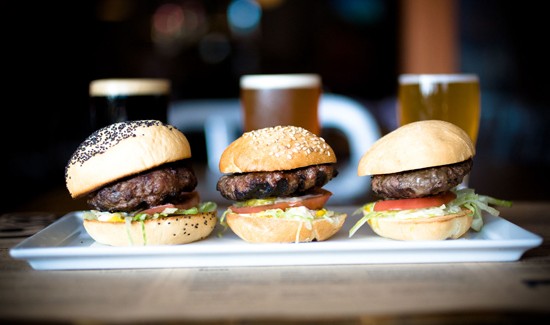 Somethingâ€™s going on in Brisbane. An epidemic is indoctrinating the minds of Brisbaneâ€™s social scene, and there is no sign of slowing.

This epidemic can be described as â€œbars serving foodâ€. The amount of bars that are now paying homage to old school London pubs, by not simply just serving alcohol, nor just being a run-of-the-mill restaurant, but by being a bar â€¦ that serves food!

The concept is not a strange one to most people, nor is it revolutionary. It is oh so simple, but it has been a gap in the Brisbane social scene for a long time, and finally, our cries have been heard, and venues all across the city are answering them.

Located on the corner of Alfred and Constance Street (whoâ€™d have thought it!) in Fortitude Valley, Alfred & Constance really has the best of both worlds.

Walking in, you can choose to head straight to the downstairs bar, or head into the more typical restaurant eatery further inward.Â  With an ever-changing menu, Alfred & Constance encompasses a posh pub feel.

Head upstairs, and be transported into the Tiki Bar â€“ an area that feels more like a house party than a bar.

If you canâ€™t decide what to drink, ask the bar tender to spin the wheel of drinks behind you.Â  Just steer clear of those Zombies â€¦ a long island iced tea style drink that is sure to have you on the floor before you can say, â€œspin the wheel againâ€.

Situated next to its friend and neighbor, Alfred and Constance, Alfredoâ€™s is still relatively new to the Brisbane scene, but itâ€™s building up a cult following already.

With all the pizzas colloquially named after infamous rock n roll bands and songs, the forward thinking restaurant aims to embody everything â€œsex, pizza and rock n rollâ€.Â

The music pumps, the food is dead set delicious, and the drinks are flowing. Whether you just pop in for a drink, or a full-blown pizza and pasta explosion, youâ€™re bound to have a good time.

From the Arcade Creative team stems another successful venue.

Adrian Mezzina and Steven Papas grabbed the opportunity to transform Constance Streets Barsomaâ€™s empty shell and turn it into a Mexican fiesta.

Embellished with colourful wall hangings, and the occasional sombrero, the team behind Chilli Wow has aimed to bring you an authentic Mexican experience. Areeeeeba!

In the remnants of what was once The Velvet Cigar on Caxton Street, lies new kid on the block,Â Leftyâ€™s Old Time Music Hall.Â

Look left, right, straight ahead or behind you in this ex-strip club, and you will be faced with taxidermy mooses, bears, and deers, adorned with vintage furnishings.

The bar is fully stocked, and the food is of the all-American variety, including onion rings, pretzels, and greasy cheeseburgers â€¦ and itâ€™s even fully equipped with an old school popcorn machine. 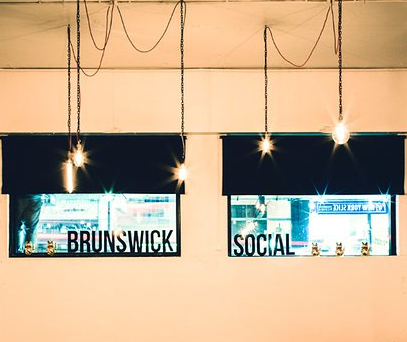 For all those fashion junkies out there, when Lucid Laundry closed its Brunswick Street doors it was a sad day. Then a dumpling bar replaced it â€¦ and all hard feelings were forgotten.

The playground for foodies and hipsters, and the occasional hipster foodie, Brunswick Social is open until the wee hours of Saturday and Sunday mornings, serving dumplings to the night owls who stumble through their doors.

The coriander and prawn dumplings are the perfect end to any night out.Â  Or, you know, you could just get another cocktail from their extensive list â€¦

Opening in the second half of 2011, Harajuku Gyoza was raved about to no end.

The lines went out the door, all the way down Brunswick St, and halfway to your Aunt Sallyâ€™s place (wherever that may be).

Now, the hype has died down â€¦ but the food hasnâ€™t, meaning you can enjoy your dumplings without the half an hour wait before hand.

Stocking Japanese beer, and a few local and Japanese wines, the concept is simple â€“ eat dumplings, drink Japanese alcohol, and be merry.

Oh, and be prepared to have Japanese greetings and goodbyes yelled at you in a very high pitch manner when you enter and depart.

As far as eating out Japanese style goes, you canâ€™t beat it.Â  Out of all the places on this list, Harajuku Gyoza is the only one where you have to order food if you intend to drink.

My mum did always tell me to never drink on an empty stomach … Maybe theyâ€™re onto something? 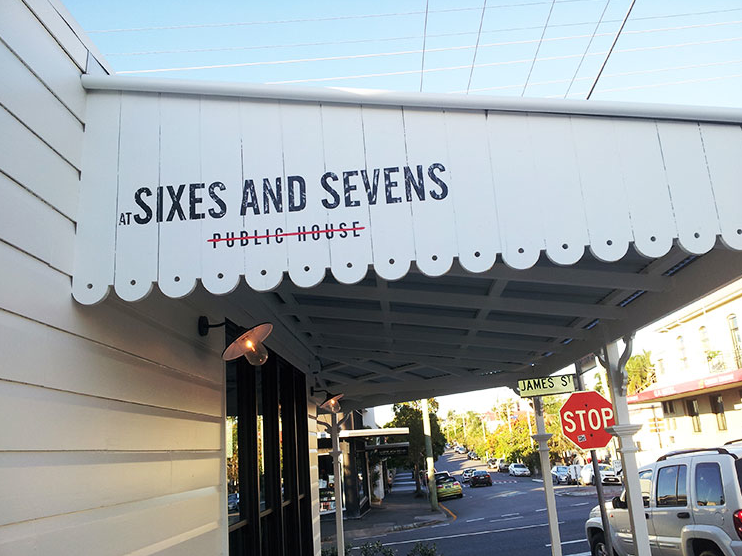 Â Looking down at all the hustle and bustle on James Street, Sixes and Sevens Bar sits atop the James Lane retail precinct in James Street.

If youâ€™re only feeling slightly peckish, choose one of the delectable share plates from the menu, or indulge in a cheeseboard.

Feeling like a proper feed? Feast on their chicken and mushroom pie, or their perfectly cooked roast pork loin. The options are endless.

Why not celebrate the gratification of your hunger with the brand spanking new addition to their menu – Belvedere long island iced tea pitchers. We hear theyâ€™re deadly good!

Camilla Franks is creating fashion for a cause