Just the thought of a bowl of crunchy, golden homemade granola with yogurt and fresh fruit is enough to make your tastebuds sing.

But the thought of spending over half an hour whipping up a big batch will probably have you reaching for a convenient, boring bowl of cereal.

Turns out, you can grant your granola wishes in just over five minutes â€” using a fry pan, no less.

This recipe has everything you look for in granola: crunchy oats, toasted nuts and plump sultanas, and it will leave your kitchen perfumed with a sweet cinnamon, coconut aroma.

This granola is also healthy and incredibly versatile. Donâ€™t have pumpkin seeds? Just add more almonds. Donâ€™t like sultanas? Use your favourite type of dried fruit instead.

Tip: To make this granola even more nutritional or if youâ€™re trying to cut down on sugar, feel free to leave out the sweetener. It will still taste delicious.

1. Heat your frying pan on a medium-high heat.

2. Place all the ingredients except for the sultanas in a small bowl and combine until the mixture is well coated.

3. Add the granola mixture to the pan and toast for 3-4 minutes, stirring often until golden.

4. Take the pan off the heat and mix in your sultanas. 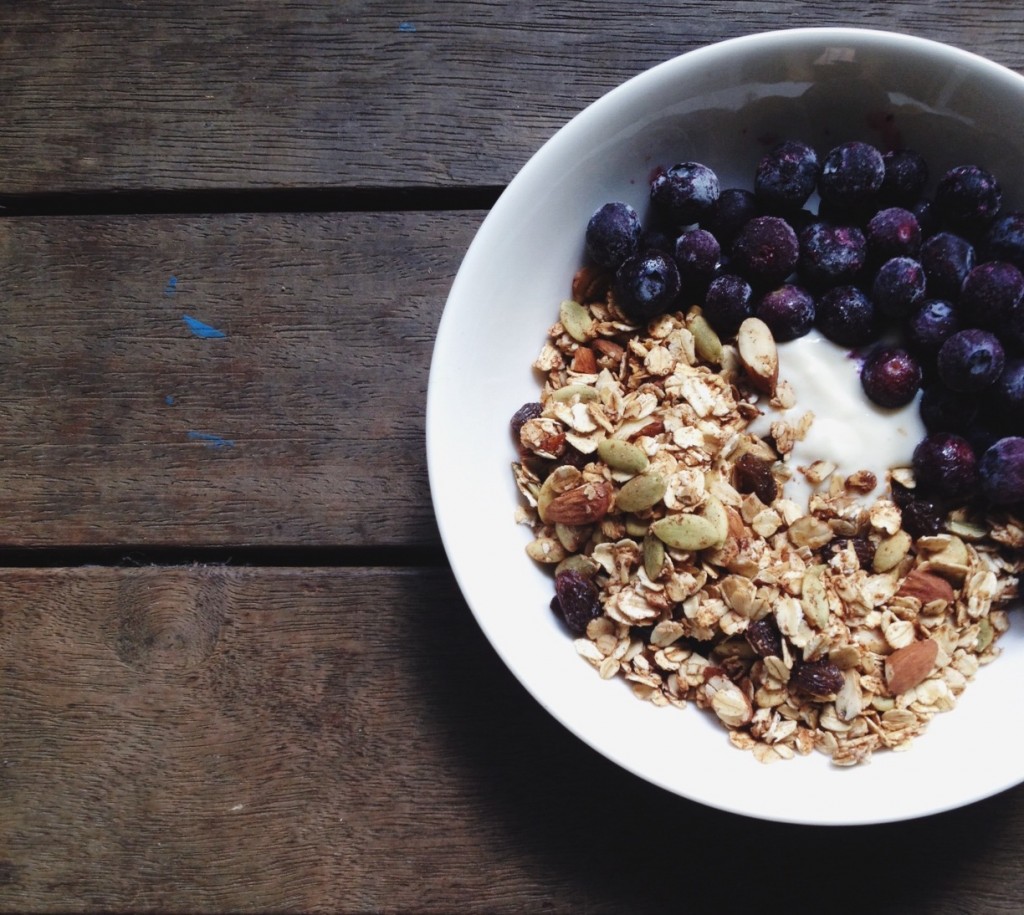 Serve your granola with your favourite fruits and yogurt. Enjoy!