Designing The Rabbits: An Interview with Gabriela Tylesova 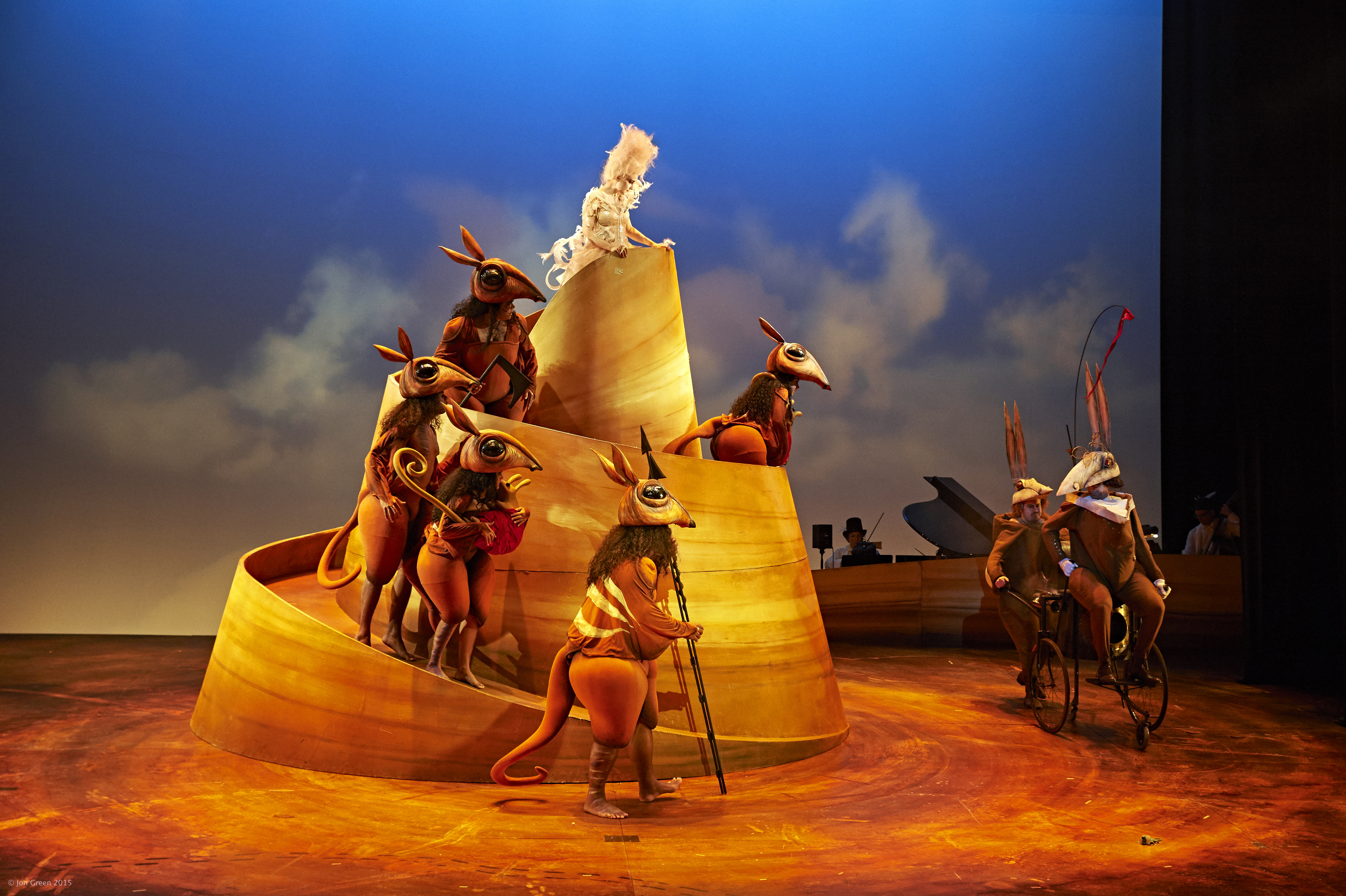 As The Rabbits hops into QPAC, we spoke to designer Gabriela Tylesova to get a closer look at this unique Australian production.

Tylesova is giant among designers. Sheâ€™s been in charge of costumes and sets for movies and musicals, ballets and operas, plays and puppet shows, working on everything from Sweeney Todd to Babe: Pig in the City. She even overhauled Love Never Dies into a bona fide hit here in Australia. Now, she has brought her prodigious talent to bear on The Rabbits, a new childrenâ€™s opera based on Shaun Tan and John Marsdenâ€™s book of the same name.

Tylesova spent around a year with the show, from workshops to in-progress tweaking as the production moved from Perth to Sydney. Tanâ€™s monumental and painterly illustrations would be a challenge for any designer, his pages populated solely by stylised, angular creatures, which are set against the vast and brutal landscapes of parable. It was, however, the perfect project for Tylesova.

â€œI love Shaunâ€™s work,â€ she tells me, â€œand I love illustrations generally. I love book illustrations â€“ Iâ€™m an illustrator myself, so I thought it was an interesting project to be involved in, because it was a challenge.â€

â€œ[The] characters are animals, we had to have opera singers becoming those characters and [we had to figure out] how to transform them to look sort of quite obscure and strange, and be able to still sing and wear the costumes.â€ 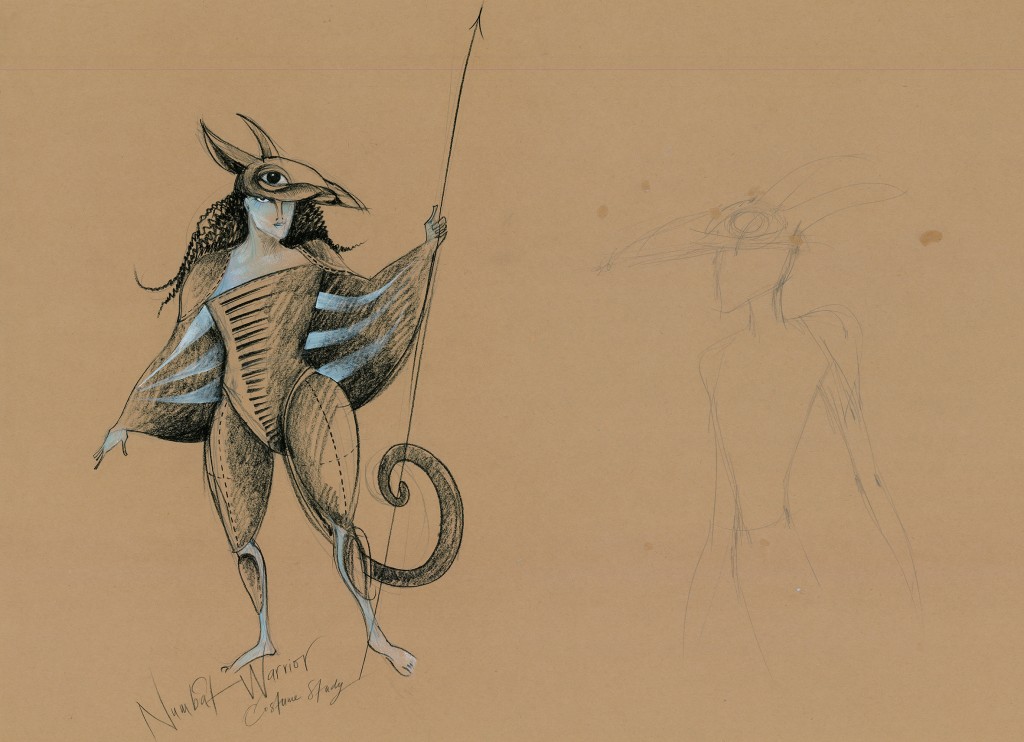 Her early background in European theatre has also been ideal preparation for the task of adapting Tanâ€™s â€œvery quirkyâ€ rabbits and numbats into workable stage costumes. For not only are the finished products visual wonders, thereâ€™s a fair bit of technical wizardry behind them.

â€œThose type of costumes are my forte,â€ Tylesova says. â€œI was trained in the Czech Republic and we have a heavily puppet theatre tradition in Czech. I worked with different puppet theatre companies and designing puppets is one of my passions.â€

Much like puppets, the bulky costumes are harnessed to performers, a method which both allows Tylesova to capture Tanâ€™s iconic style and which puts the singers through their physical paces. During rehearsals in Perth, â€œthey were so tired, and they used to lie down on the floor, just to rest their heads â€“ the best thing for them is to lie down on the stage, which looks always very funny.â€

â€œThe singers put up with it because they were excited [about] the way they looked, and they loved the project.â€

Despite the challenges, Tylesova tells me there was never any real question of Â moving further away from Tanâ€™s rich vision. â€œWe had a discussion about it at the beginning with [director] John [Sheedy], wondering if we should go completely away or keep it, keep the essence â€“ at least the essence â€“ and we both agreed that we should. They look so brilliant, the characters, that we [couldnâ€™t] do something else because people would miss them, and we would miss them.â€

The design process, however, has not been one of straight adaption and Tylesovaâ€™s touch is everywhere in the production. â€œTheyâ€™re not total replicas,â€ she tells me when I ask, â€œbut theyâ€™re very much within the scope of whatâ€™s there.â€

â€œThe numbats â€¦ I have taken them a bit further than what the book is; they look quite different, I think. I mean, we kept some of it: the colouring is there, the bigger eyes, the heads are similar, but what theyâ€™ve got on their bodies and how they dress â€¦ thatâ€™s the difference.â€

Composer and pop darling, Kate Miller-Heidkeâ€™s costume, for example, is completely Tylesovaâ€™s work. â€œThe bird character, which is Kate Miller-Heidke, thatâ€™s a new design, because that character is not in the book and itâ€™s based on one of the birds which are on the front. If you open the book â€“ the first two pages are a pond with white birds, but they just look like white birds, so thatâ€™s [a] much more stylised costume.â€ 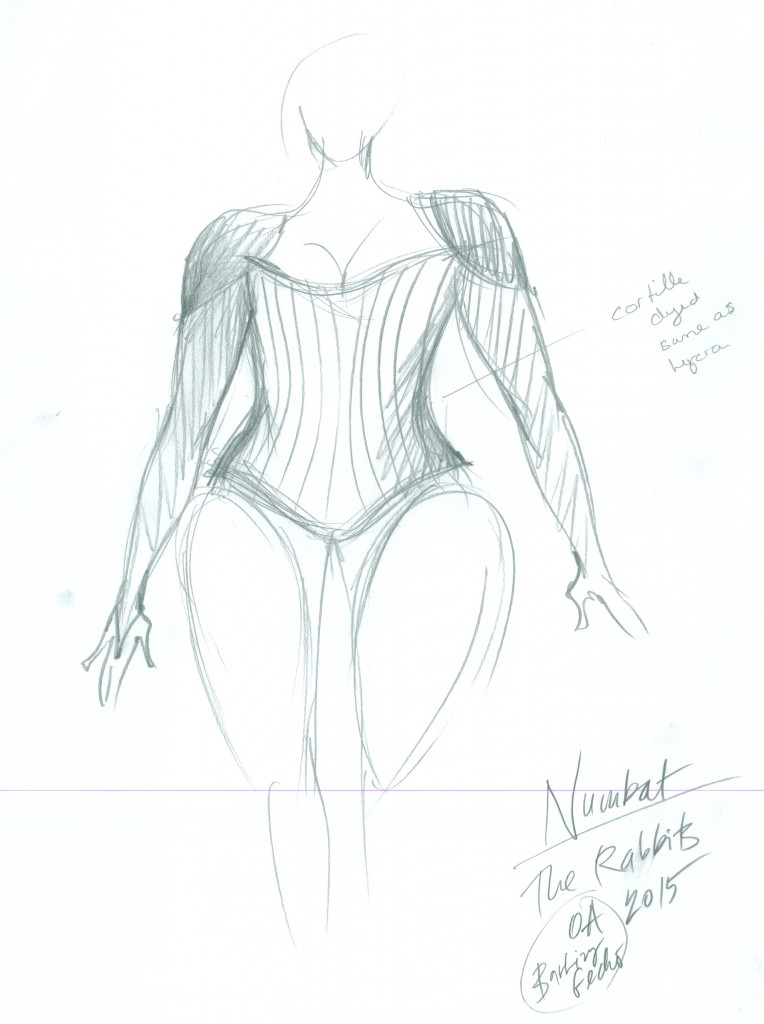 Yet, despite her veteran status and widespread enthusiasm for the project, Tylesova reveals that she still came up against the bane of every theatre worker: budget restrictions. When I ask how Tanâ€™s epic scenes were reimagined for practical staging, the driving force appeared to be fiscal.

â€œWe didnâ€™t have much money, basically, so the set became very simple, but we had originally much more.â€

The current staging features a swirl of wood, like a termitesâ€™ mound, rising in the centre of the stage, which is raked to push â€œthe acting area into the auditoriumâ€. Projections complete the image, with lighting designer Trent Suidgeest doing â€œa fantastic jobâ€ conveying Tanâ€™s world. But Tylesovaâ€™s original vision was â€œmuch more epicâ€

â€œOriginally, I had more elements which were coming on and off: weâ€™ve got a big ship and then we put up a huge rabbit statue at the end, but I had a huge hill as well, like a native kind of landscape which was part of it, which is gone because we couldnâ€™t afford it.â€ Indeed, the list of set pieces that were eventually dropped from the production is lengthy. â€œWhen all the rabbits start arriving we had all these ears which were supposed to pop everywhere, and we lost all of them because again: too much money.â€

Finally, Tan himself intervened during the Perth run to bulk up the set for Sydney, though the production remains pared down. While Tylesova concedes that this approach has worked quite well for The Rabbits, she agrees that funding in the arts is a broader issue.

â€œIt is more [of a] problem and everybody says that. Weâ€™re constantly battling budgets â€“ everyone has to be creative and come up with something amazing for not much money.â€ 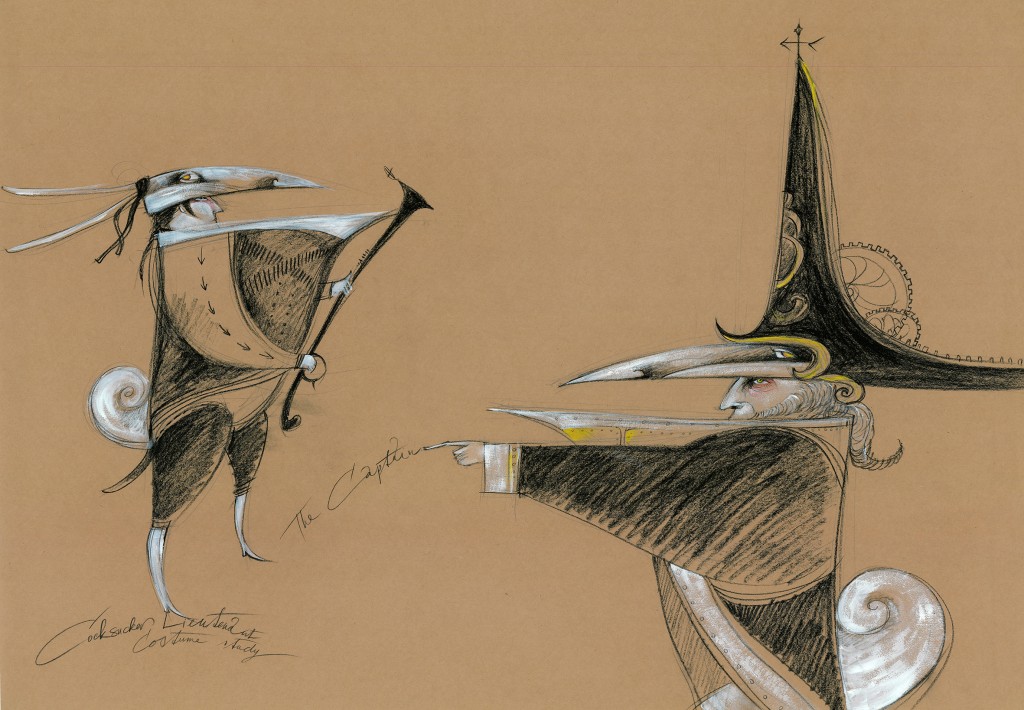 Lack of funding not only harms showâ€™s final look, but prevents artisans like Tylesova from practicing their craft freely. She speaks with pleasure about the â€œmassiveâ€ donor-supplied budget on last yearâ€™s Sleeping Beauty, which allowed a legion of craftspeople to â€œactually [do] their work properly, which is why we actually do the jobs, you know? You donâ€™t want to be just pulling things from stock and refitting and sort of rehashing something old â€“ we want to create something from scratch.â€

Thankfully The Rabbits has emerged largely unscathed from the inferno of funding struggles, and now that the dust has well and truly settled on the production, I ask Tylesova if she has a favourite piece of work from the show.

â€œI always loved the Captain,â€ she says, â€œthe costume for the Captain Rabbit and I love as well the singer: heâ€™s brilliant, heâ€™s an older opera singer and heâ€™s perfect for that role. Heâ€™s small, heâ€™s like a Napoleon sort of character. So heâ€™s perfect for it and he loves it â€“ he loves wearing it, he said itâ€™s his signature sort of role, he feels. So I love it for that reason as well, for who is wearing the costume and how the costume looks.â€

With The Rabbits playing just a short run in Queensland, Tylesova is looking towards to another busy year. But before movies, ballets and operas take over her time, sheâ€™s planning on writing and illustrating a childrenâ€™s book of her own. â€œItâ€™s been on my shelf for a few years and I just thought I really need to get on with that,â€ she tells me.

Perhaps it too will one day be made into an unorthodox opera â€“ but until then, Tylesovaâ€™s stunning work is on display in The Rabbits for a strictly limited season.

International And Domestic Writers And Creatives Converge At Contact2016 In Brisbane