The Rabbits comes to QPAC in a triumphant, moving and strictly limited season.

The Rabbits is wonderful theatre. So good, in fact, that at only half an hour in, it broke QPAC. Perhaps the building was simply ill-equipped to deal with such a sustained period of excellence. Perhaps some cosmic force knew the audience needed to catch their breath in the face of such unrelenting brilliance. But for whatever reason, a fire alarm was added to Kate Miller-Heidkeâ€™s beautiful score at about the half-way mark. The cast, to their very great credit, improvised and joked their way through the disturbance, and with minimal wait we resumed one of the best shows that QPAC has seen in some time.

Some productions have a high point, a defining moment: a rousing call-to-arms before intermission, maybe, or a famously tricky solo. The Rabbits consists only of high points. The spine-tingling moments, the perfectly hit notes, the pathos that pins you to your seat â€“ all of these came in unceasing waves, one piled on top of the other, for the entire duration of the show. Perfectly pitched between wrenching tragedy and tongue-in-cheek operatic comedy, The Rabbits is a undeniable gem of a show, every facet buffed and shining. 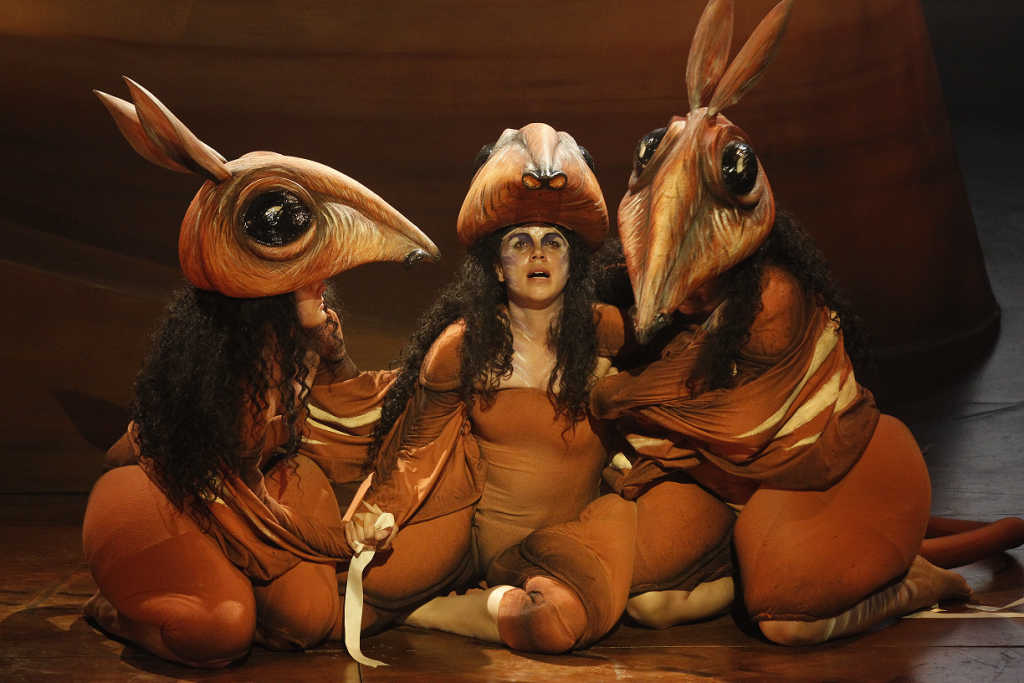 As composer and performer, Miller-Heidke appears to have ascended to her final form, bedecked in a towering feathery wig and an explosion of white fabric. After leaving her operatic roots to become Australiaâ€™s pop darling, her return to the genre is a triumphant one, with her trade-mark quirk, vocal gymnastics and soaring voice on full display. A refined knack for delivery gives her performance gratifying depth, and her role as narrator is balanced nicely between melodrama and detachment.

In any other cast, she might threaten to dwarf her fellows. This is not any other cast. Every performer on stage exudes skill and passion in a troupe of very, very talented equals. Jessica Hitchcock is quite simply outstanding as Flinch. Her voice is breathtaking in its power and clarity: her brief duets with Miller-Heidke were the biggest treat my ears have had this year. Kanen Breen equally thrills with an impressive register and a keen sense of comedy that nicely colours his performance. 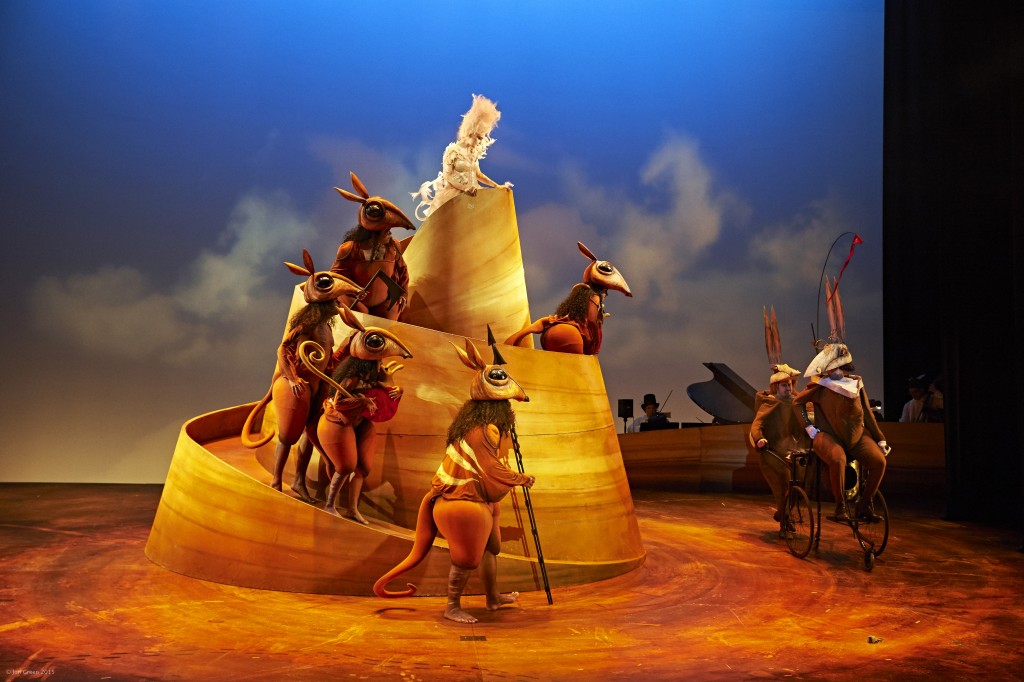 The production benefits hugely from a deeper look at Shaun Tan and John Marsdenâ€™s original book of the same name. No longer monolithic groups, both the marsupials and the rabbits are infused with character, immediate stories and tangible suffering. The rabbits are transformed from the silent threat of Marsdenâ€™s narrative to a malevolent, but deeply inglorious band of explorers, in a complex take on early colonists. Conversely, the community and friendship of the marsupials takes their story from grim parable to a profound and visceral reality.

The Rabbits is theatre par excellence: fresh, relevant and sublimely brought to the stage by a clutch of outrageously talented creatives. It is a woeful clichÃ©, but if you only see one show this year, you should very seriously consider making it this one.

A Cloud of Love, Laughter and Smoke – Rosalie Blum