Isaac Atkinson, vocalist and guitarist from Radolescent, chats about the band’s upcoming debut album and the journey from playing parties to interstate touring.Radolescent have been pretty busy, which you might not expect from a band with its genesis in Gold Coast house parties. The four-piece have recently returned from playing shows all over the east coast and are set to release their debut album Prehab at the end of the month. The past year has proven quite the learning curve for the band, but by the sound of things they’re all the better for it.

The Creative Issue: What was your experience like recording the album?

Isaac Atkinson: We worked with Mark Duckworth, a friend of ours. The whole process was really cool — learning what you do when you get to recording, like making demos, and then also the little tricks of the trade that you learn in the studio to make it sound more “radio-worthy”. Any recording sounds good to me, but it’s just that extra bit of beefiness that you get with a properly produced song that fills out the headphones a lot better. It’s learning all of those bits and pieces, because going into it we really had no idea what to expect or what to do.

IA: It’s one of the first songs I wrote when we started playing music and it’s kind of based on my life two or three years before I wrote it. The 406 is just the local bus I caught to TAFE every day and it was loosely based around not knowing what I was going to do when I grew up. I had a sister who was becoming a lawyer and a brother who was becoming an engineer and heaps of pressure from my parents to sort my life out. At that stage of your life you don’t know what you want, and you can’t just create that decision in your head because other people want it to happen. 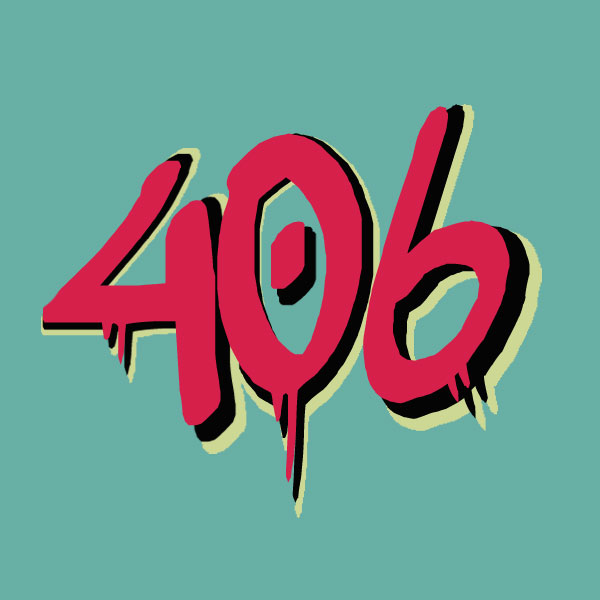 TCI: Does writing from personal experience carry on throughout the album?

IA: Yeah definitely. I don’t really like just making up stuff out of the blue. A lot of it’s very ambiguous, but they’re definitely about the experiences we were going through during our late teens. There’s a song on the album called ‘Locked Up’, and it’s about getting arrested and stuff. It’s a story depicting an exact scene, but that exact scene didn’t happen… But we definitely did some naughty things. I don’t really write songs unless I have something to write about.

TCI: The word “surf” gets thrown around a bit in relation to your music. Do you align with it or do you feel like it’s something that gets thrown at coastal bands?

IA: I don’t think we’re surf-rock in the slightest, ’cause we’re a bit too rough around the edges. Surf-rock to me is really chill like The Growlers and stuff that you can sit back on a Sunday afternoon and chill out to, whereas we kind of make music for kids to go out on a Friday night and mosh to. I always like listening to SoCal punk and stuff from over in the states — it’s my favourite type of music from the last few years. It’s hard to find a genre without just taking the exact sounds that other bands use and recreating them.

TCI: Was there a key moment when you realised that Radolescent was something you wanted to take seriously?

IA: I think the first time would’ve been when we got offered our first show at a venue. For the first two years we just played our mates’ birthdays and stuff like that, and it was just a hobby. Then one night Trevor and Lachie met a guy at The Northern in Byron and he said, “Oh, you know, my friend’s looking for a band to support them”, so a week later we went and played that show and then out of that show we booked three more.

Last year, after we recorded the album, we got a really good booking agent in Glenn Stewart from Damaged and we got a grant from the council. A lot of things started to happen for us that kind of turned it from a hobby to a part time job. That’s when I went, “alright, if we really put our heads down in the next couple of years this could become an actual job”.

TCI: Everything sort of aligned for you guys.

IA: It happened really slowly. There’s stages where we feel like nothing’s happening and we want to keep moving forward, and then all of a sudden two weeks later six things will happen in a week. If I look back a year ago, I never would’ve thought I’d be here.

TCI: When you do gigs in venues now, does it lack the spontaneity that you found when you played house parties?

IA: The last couple of months we’ve played so many shows in such a short period of time that I’m finding every show we’re getting more and more comfortable on stage. It’s becoming more like that house party vibe which I’m loving, because it can feel quite awkward between songs when no one’s talking and the crowd’s kind of standing there staring at you. I do miss the house parties though I’m not going to lie — they were quite fun.

TCI: Are there more tour dates on the cards this year?

IA: We’ve got a massive tour coming up in June and July. We’re playing the 14th in Sydney and the 15th in Wollongong, and then we’re going to play the next Friday night in Brisbane at Bearded Lady. We’re looking to lock in an all-ages show at the Gold Coast on the Saturday which would be really cool. Then we’re playing the weekend after at Byron, and middle of July we’re doing Adelaide and Melbourne on the same weekend. We’re pretty excited for all of that.

You can listen to Radolescent‘s latest single ‘406’ here.

Serving up Cabaret for Dinner