The second season of action comedy Danger Five is finally airing on SBS, and with a stellar cast, lavish visuals and the occasional appearance of a lizardman, it might be the best Australian comedy to air in years.

If you’re tired of the same suburban sitcoms and backslapping panel shows, Danger 5 is like a breath of fresh air. Describable as an action-packed hybrid of Thunderbirds with the same dry comic gusto as Archer, the show centred around a crack team of super spies with the noble goal of defeating the raging tyranny of Adolf Hitler by whatever means – set, of course, in the 1960s (progressing to the 1980s in Season 2).

It’s a sendup of the sheer absurdity of the tropes of the time and the extravagant, campy world it sets up for itself (largely inspired by a cross between 60s men’s adventure magazines and vintage Playboy covers) is so much fun you want it to be real. Packed with brawny men, and sultry femme fatales (one of whom speaks entirely in Russian the entire series), characters are rarely without a drink or a cigarette at hand. Episode titles run from “Lizard Soldiers of the Third Reich” to “Revenge of the Lizardmen”, and the show’s bargain-bin sets and special effects only add to the retro authenticity.

Created by Adelaide-born Dario Russo and David Ashby following the success of their parody web series Italian Spiderman (watch here), Season 1 aired in 2012 and since then has enjoyed an ever-accumulating cult following. Season 2’s original long-awaited November 2014 was delayed by fears that it would be seen as insensitive following terror group ISIS’s movements, but is finally airing on Sunday nights.

Portraying the 20th century’s face of cruelty and genocide in a campy low-budget comedy could be devastatingly unfunny in the wrong hands, but Danger 5 gets away with it by depicting Hitler and his band of henchmen as hapless goons whose plans are routinely thwarted. Creator Dario Russo even cast his dad in the role. 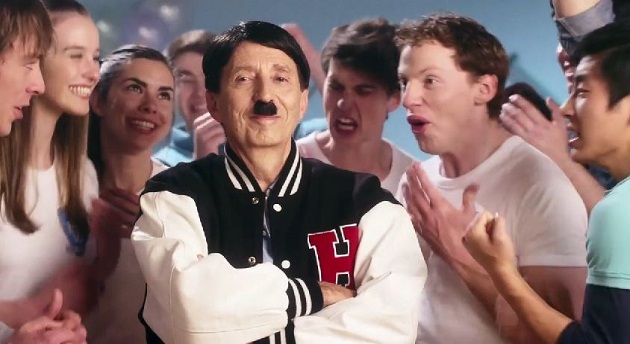 Carmine Russo as Hitler in Series 2

The pulp-adventure style universe comes complete with its own interactive online fanzine, Danger Monthly, packed with vintage graphic treats and hair-raising propaganda to keep you occupied between episodes, with just as much loving retro detail as the show. 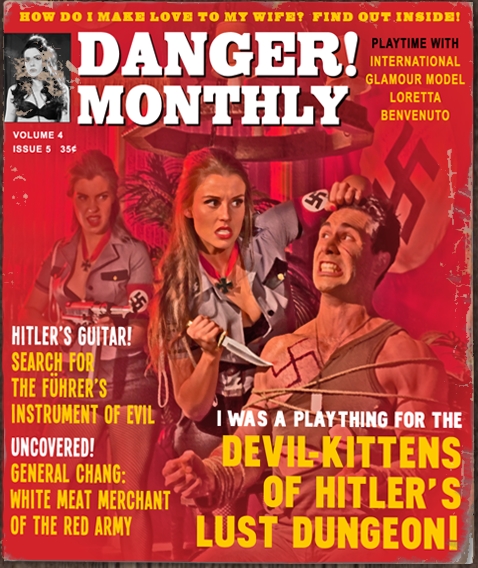 If you want to lay claim to having been a Danger fan before they were cool, your time is running perilously short – the new season has gained the attention of veteran Australian funnyman Shaun Micallef, who stars in two new episodes and Tony Martin, of the brains trust behind Frontline and The Castle.

Danger 5 Season 2 screens on SBS1 Sunday nights at 9:30pm
Season 1 and previous episodes can be viewed at SBS on Demand