Reece Mastin, now known as Mastin, has new music out next month followed by an Australian tour.

Reece Mastin is best known as the winner of 2011’s season of The X Factor however after years of not fitting into the typical pop mould, he’s moving on to make the music he’s wanted to make from the start. Reece’s latest single ‘Not The Man For You’ is a clear change in sound and a strong message for his rebranding. His EP Suitcase of Stories is out on April 6 and is followed by a huge Australian tour taking Reece and his band well into July. We spoke to Reece about his X Factor days and his new sound.

We asked him why he’s decided to rebrand now. “It’s been a while since I put something out there in the world but the biggest thing for us is when we were going back into it, we wanted to give people the opportunity to listen to the record with a fresh approach. Realistically getting rid of the preconceived notion of what a lot of people will think will be a pop record which is very different to what we do. Even being down at the shows and playing a lot of festivals last year, people come up to us after the show saying that they had no idea that we do what we do and play completely different music. They don’t know we’re playing rock. I guess that was the main reason for it. To change people’s idea of what the record really is and who I am as an artist. And draw a firm line in the sand.”

Talent shows are notoriously hard to get away from as an artist and Reece is no exception. “It’s not something you completely want to forget. The music that comes from the record labels that are connected to those shows are primarily pop records. They do sell, I get why those companies keep doing it and good on them but for me I obviously want to do something completely different to all that stuff. So yeah in a way you do want to have a degree to separation but at the end of the day, it happened and I’m proud of my time spent on there but obviously now it’s time to step out as the artist I am not so much the guy from a TV show.” 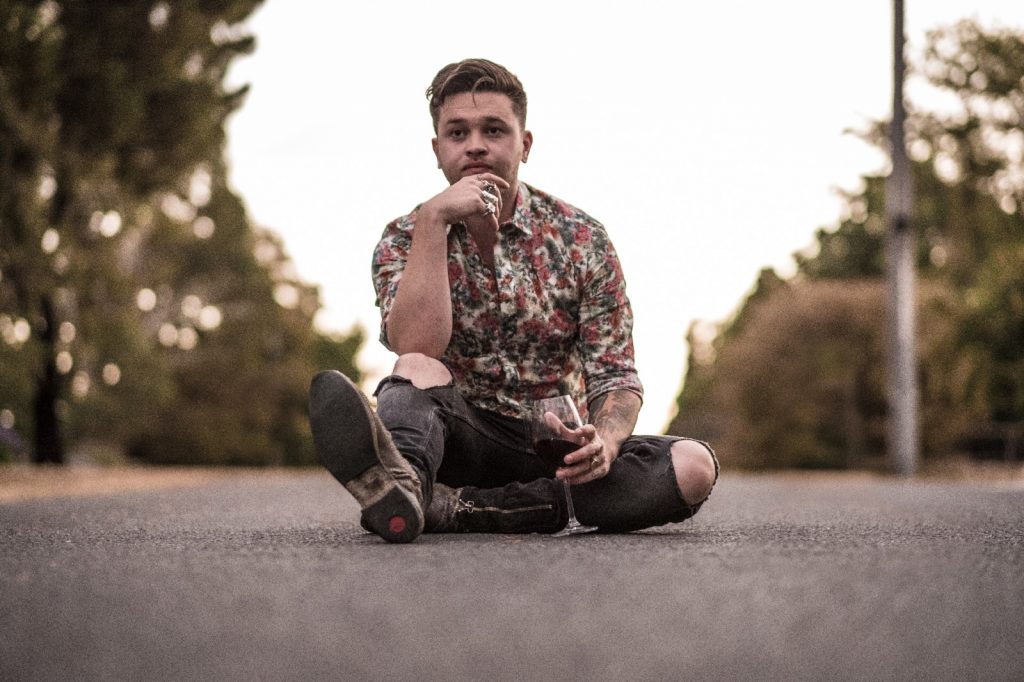 Talent shows aren’t what they were in 2011 and according to Reece, they’re no longer a good way for young people to get started in the industry. “I think they were, maybe a little bit. The longevity is something that really pisses me off. There’s so many kids that are vulnerable and are going on these shows that are now sitting on a label shelf doing nothing. They’re so talented, I’ve listened to their music, and it’s just not being used and it’s just a bit of a shame. If you could do it, if you could just go out into the world and do it yourself. I feel like a lot of people are maybe scared to do that or don’t feel that that’s possible which is again a shame because it is possible. It’s just we haven’t really learnt the skillsets on how that works.

“I’d say I’m in two minds about it. The fact that you can instantly have this amount of promotion for yourself but at the same time, if it’s not truely what you want to do then I would advise against doing it. I guess the other thing as well is young kids don’t know anything and are just excited to be in that platform. It’s instant, it’s not a hard slog until you get to your twenties, you can be fourteen years old on TV. I guess people get carried away with it and I think that’s why they do get a lot of young kids on there because it’s easier to work with them in a way. They’re young and naive and they’re pretty much yes people and they want to get stuff done. I’m in two minds about it, I don’t want to be bitter about my time on the show because I’m definitely not but if I could have come into the industry as the person I am or as the person I wanted to be from the get go, I could be where I am now back then.”

Moving on from The X Factor, Reece’s EP is out next month and will be the public’s first real taste of his new sound. “It’s been a long time. There’s a bunch of songs that I’ve had sitting about. For this record, we sat down for a while and these just felt like the right five songs to go with. There’s so many we’ve gone through and done demos for but these felt like they were a broad representation of what’s been going on over the last two years. I was thinking about doing a full-length record but I thought to be able to get things out quicker and have some consistent flow of music coming out over the year. I thought it was best to do it this way.

“I’m itching for people to hear it because people have already heard the single obviously and I’ve been getting a good response from that. From fans that have been there for a while but a lot of other media that haven’t traditionally been behind my music in the past. It’s been pretty cool to hear back from that song but I’m waiting for everybody to hear the rest of it. ’Not The Man For You’ is obviously rock n roll but the chorus is real hooky and it’s got a lot of catchy stuff whereas the rest of the record doesn’t really have that. It’s a lot more just in the moment rocking. I’m really excited for people to hear it because I don’t think they’ve heard anything like this from me before. I certainly haven’t either so I’m pumped. I can’t wait to get it out now. I can’t wait for people to hear it and I can’t wait to play it.”

We also asked Reece if he’s nervous about releasing new music with a new sound. “Yeah, there’s excitement as well as nerves. You could be the strongest man in the world but still get nervous about what people are going to think. There’s been a lot less of that on this record for me because to a certain degree I don’t care as much about what people think of the record. I love it so much. When we finally mastered the record, I sat back and listened to it one more time. I guess I’m a bit nervous of what people think but with this one I’m pretty confident on the way it’s going to sound and that people are going to love it. There’s definitely nerves but more excitement than nerves for sure.” 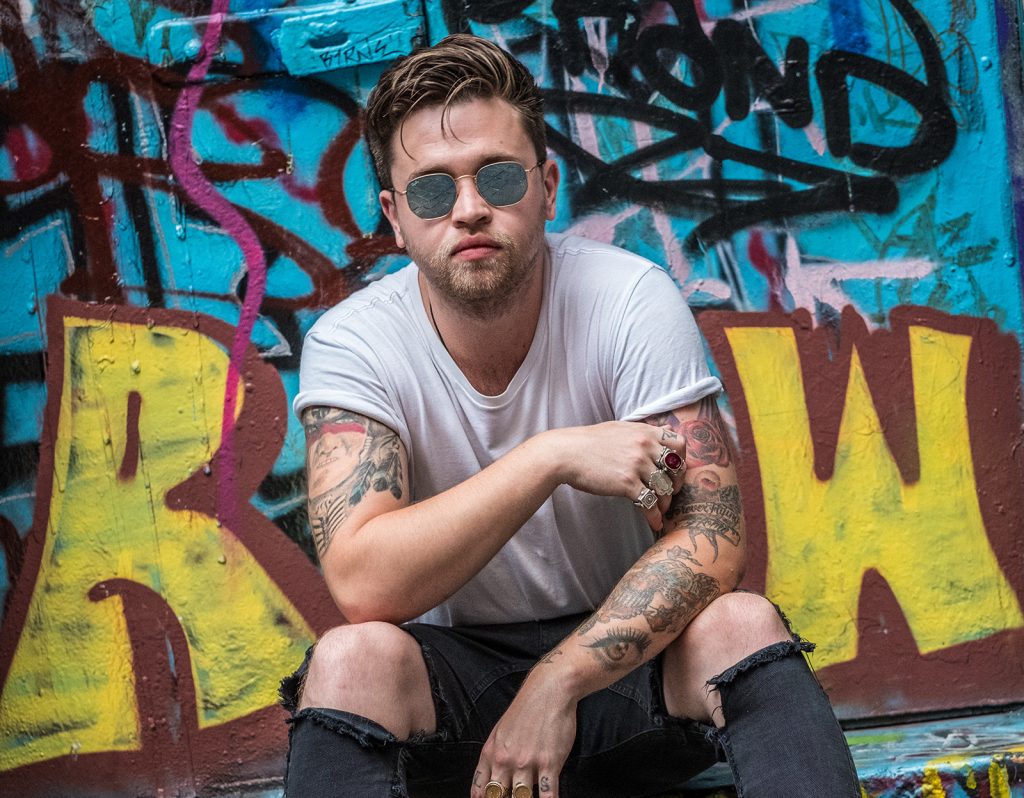 Reece is playing a string of shows and is hitting Brisbane’s The Brightside on May 5th as a part of a new set. “The one thing we didn’t want to do with this is we didn’t want it to be just a gig. We want it to be a show. People are going to know a lot more about why I wrote those songs and what I’ve been doing. There’s not going to be too much stopping and starting. It’s definitely going to be loud, lots of guitars in there. It’s going to be very different to what I’ve done in the past on the road. We’re going to rehearse in a couple of weeks so we’re just getting all of the nitty gritty little bits together and making sure everyone’s play right and no one messes up.”

Reece’s plans for the year seem busy as he has no plans in slowing down. “We’re booking some more shows now which is good because I don’t really want to stop to be honest. After that, I’m going to UK we’re working on booking some shows over there at the moment. This is the first time I’ll be back in the UK for nearly thirteen years. It’s pretty special for me. My grandad passed away not too long ago so my sister’s going home for the funeral but me and my littlest sister haven’t been back at all so we can’t wait to get over there and the opportunity to play shows. We’re going to play one show in my hometown which will be pretty special so that’s all getting finalised. Then once I’m back, it’ll be Christmas. But like I said before, in between all this madness we’re going to go back into the studio and put a couple more songs down. I want to be more persistent than I have been in the past with putting stuff out. I’ve been putting an album out, touring it and then waiting and then putting an album out, touring, waiting. The world moves so quickly so I’d like to just keep releasing music consistently, that’s definitely what we’re going to be working towards just way more music and playing a many gigs as we can. Staying away from home and living out of suitcases for as long as we can.”

It’s a huge year ahead for Reece and his band and his May show at The Brightside won’t be the last Brisbane sees of him. You can follow Reece on Facebook here and grab tickets to his show here.