A RETROSPECTIVE LOOK AT ANGUS AND JULIA'S AUSSIE TOUR

Brother-sister duo Angus and Julia Stone took to the stage of The Tivoli with a dreamy performance as part of the tour promoting their new album Snow. This long-awaited 4th studio album showcases the combined work of the indie folk duo; this time having written the entire album together. 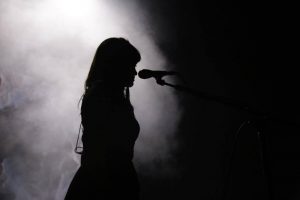 With flourishes of Juliaâ€™s iconic trumpet playing scattered throughout, gentle harmonies and the classic soft drum beat they are so well known for, this album has really encapsulated a sense of their whole journey thus far. With the addition of synth organs in songs like Sleep Alone, the pair have entered new found territories of welcomed experimentation.

As part of The Brisbane Festival, The Creative Issue had the absolute pleasure of watching and photographing their mesmerising performance at Brisbaneâ€™s Tivoli.Â Before the pair came on stage we had a performance from 14-year-old Ruel, an upcoming artist with the astounding tonality of someone twice his age. He commanded the stage with his magnetising voice and movement. 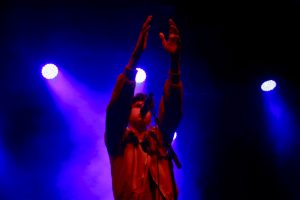 Echoes of cheers bellowed from the crowd the moment Angus and Julia took a single step on stage, with the two exchanging looks before picking up their guitars. This is a performance that Julia mentioned she was so nervous for, saying â€œit has been so longâ€¦Itâ€™s hard to think that we stood on this very stage so many years agoâ€. 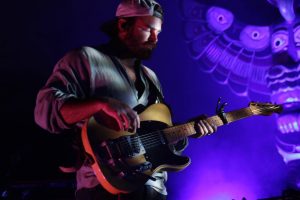 Proceeding with the same passion that we saw at their last Brisbane performance at Riverstage in 2015, Angus took to the electric guitar, gripping it like a loved one, all the whilst Julia could be seen doing her trademark twirls, sways and hand gestures. They were the perfect illustration of the right kind of juxtaposition you need in a musical duo.

During the set, Julia even stopped to give us some insight into the fact that For You â€œwas written as a last resort love letter to win a man overâ€¦It didnâ€™t workâ€. And to make the performance even more magical, the final song was met with a snow-like sprinkle of white gently drifting through the air. 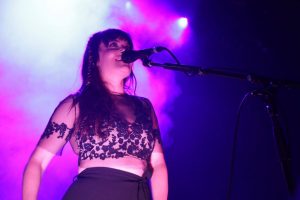 With the rest of the Australian tour being sold out, Angus and Julia will be jetting off (potentially in a big jet plane) to do their European tour. They will then be returning to us for Falls Festival late this December, early January.

Images: Katy Bedford, more images of this show can beÂ found via The Creative Issue Facebook and InstagramÂ page.

Sound Connection; Barbershop and the Australian a Cappella scene