Based on H.P. Lovecraft’s short story The Colour Out of Space, Richard Stanley’s similarly titled film, Color Out of Space, delivers Lovecraftian horror with stunning visuals and a modern setting.

Writer and director Richard Stanley has returned from a two-decade long hiatus with The Color Out of Space, and it’s a triumphant, and terrifying, welcome back. With the South African’s predilection for sci-fi, it’s not hard to see why he picked a story that perfects Lovecraft’s trademark blend of horror and science fiction.

The film follows the Gardner family, who must navigate the mind-bending effects of a meteorite crashing on their rural property. It’s part alien invasion, part B movie masterpiece, and part reality questioning thought experiment akin to Annihilation.

One of the first things we see is Lavinia Gardner (Madeline Arthur) performing a wiccan ritual on her parents’ peaceful agrarian acreage. She’s interrupted by Ward Phillips (Elliot Knight), a hydrologist surveying the water table in preparation for a hydroelectric dam.

This introduces one of the main themes of the film: the corruption of the natural by something preternatural. In this case, its Lavinia’s ritual getting corrupted by Phillip’s scientific earnest to change the landscape. In other cases, it’s her mother Theresa’s (Joely Richardson) cancer, or the meteorite crashing into their yard. 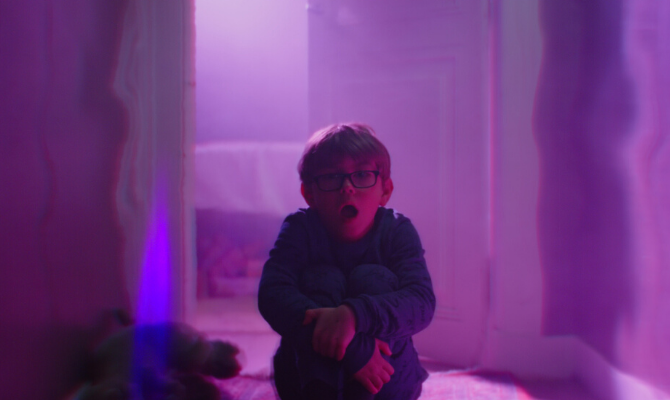 The Gardner family is made up of Lavinia, her brothers Benny (Brendan Meyer) and Jack (Julian Hilliard), her mother Theresa, and her father Nathan, who’s played by the incomparable Nicolas Cage. And, in true Cage fashion, his performance is over the top, which is both a weakness and strength of the film.

There are times where it shatters Stanley’s carefully crafted eerie atmosphere, like his strangely inflected lecture to Lavinia, which was so weird that I had to pause the movie and to process what was happening. But it also adds to the bizarreness of the film: there’s nothing more uncanny than watching Cage have a fit over his foul tasting home-grown apples.

Stanley wields Cage like a weapon. He is deployed at times where the tension is so high that breaking it with Cage’s overacted displays of emotion makes you feel claustrophobic. There were times when I felt I couldn’t go anywhere to escape the increasingly freakish terror of the film. But, because of Cage’s unpredictability, Stanley’s use of the actor is done with varying degrees of success. Luckily, Stanley has more hits than misses.

Color Out of Space is a beautifully unique film to listen to and look at. Like the name suggests, colour is major part of the story, both narratively and visually. There are three colour schemes: the unsaturated, bleak tones of the Gardner’s and their property; the vivid, ultraviolet lights of the meteorite and its effects, and the colours in the climax of the film, which I won’t reveal because it would spoil the movie. As a literature major in university, it’s my prerogative to over-analyse things, but I think every connection between colour and story was Stanley’s intention. This careful consideration makes every frame of the movie both beautiful and terrifying. 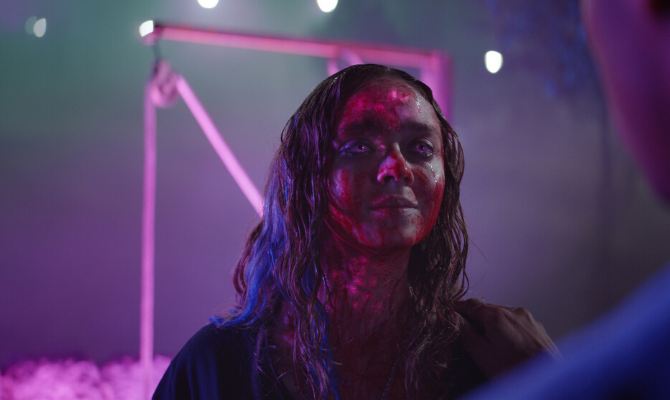 The first thing you hear is a confronting symphony of synthetic and technological music. It’s menacing, overwhelming, and a direct contradiction of the natural images that are displayed alongside it. This is repeated throughout the film, where it’s soon established that this ominous hum is correlated with the malevolent light that the meteorite unleashed. The unnaturalness of the music creates an urgently dangerous atmosphere and is one of very few truly horrifying soundtracks I’ve heard. 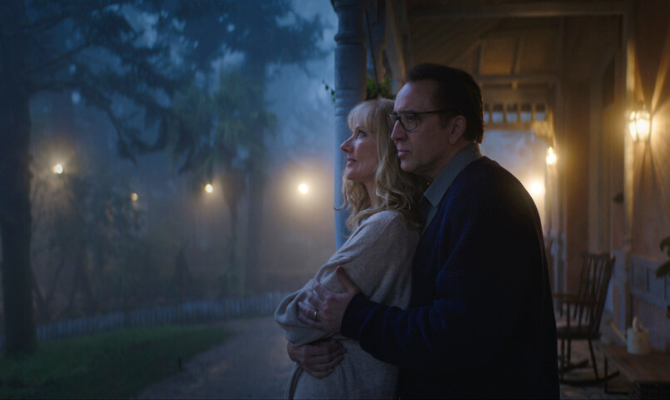 In direct contrast to this, moments without the presence of the ultraviolet light are accompanied by emphasised diegetic sounds. This could be the loud click of Phillip’s torch, the crunch of Lavinia’s footsteps, or the rustling of Theresa’s clothes. By using these contrasting sounds, Stanley once again draws attention to the conflict of the natural and unnatural in the film. It also heightens the emotions of the viewer, which results in an anxiety provoking viewing experience.

The Color Out of Space is a terrifying and beautiful blend of science fiction and horror. The visually alluring Lovecraftian film makes you question your own perception while offering some truly shocking scares.

Day in the Life: Sarah Stephenson