During a time when self-isolation comes at the expense of intimacy, Alive shows that meaningful connection can be a constant absence in the lives of people with disabilities.

Swedish director Jimmy Olsson tackles this confronting subject in his new short film about a disabled woman called Victoria (Eva Johansson) whose history with brain-damaged has confined her to a wheelchair. Alive handles its themes with delicacy and pathos, resulting in a touching 20-minute film that explores the purpose of relationships and why their importance is relevant to all kinds of people.

Victoria is cared for by Ida (Madeleine Martin) and the two’s closeness leads to a confession by the former that she envies the latter’s bond with her boyfriend. Victoria aches to be loved but is depressed over her belief that no one would want to be with a disabled person. Ida, feeling sympathetic for her friend, decides to make a Tinder profile for Victoria in the hope she might find the intimacy she is looking for.

Early on, the film sets up the bond between Ida and Victoria with tender dialogue scenes that show the empathy and concern that carer has for the patient. I was instantly captured by Johansson’s performance during these moments, as her restricted vocabulary and broken cadence tragically expressed the underlying frustration that claws away at her character. Her physical acting also contributes to this sense of unexpressed longing, and after five minutes, I desperately wanted Victoria to experience her desires. 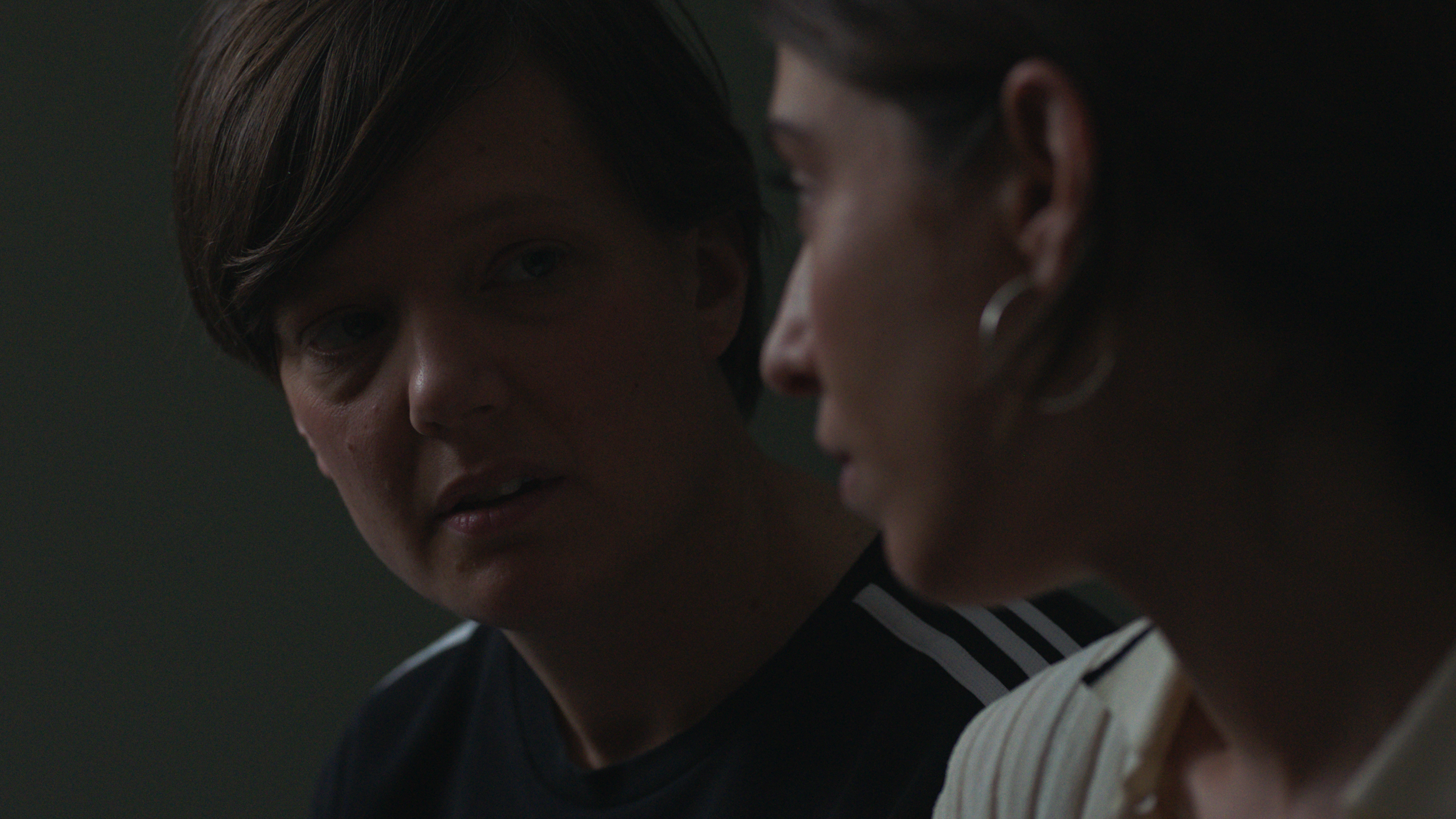 It’s important for a film about such a personal subject to not crumble into pandering melodrama, and thankfully Olsson practices plenty of restraint in portraying this story. Most of the time, he’s content with letting the performances and words get the message across, but he does make some critical decisions in enriching the drama. In particular, when the small handful of music cues hit, they hit hard, and heighten both the powerfully affectionate and anxious moments of Alive.

That anxiety arrives when Victoria gets her first match on Tinder. The man in question is determined to meet up at Victoria’s place with just the two of them, prompting Ida to question his motives and pleads with Victoria to seriously reconsider going through with it. However, Victoria’s years of loneliness and lack of agency in her life pushes her frustration to the surface and she decides to meet up with him against Ida’s wishes.

Their argument raises questions about Ida’s unprofessionalism in helping set up her patient with a stranger as well as the dark side of internet dating in general. There was a creeping sense of dread within me as the film progressed, and I feared the worst for vulnerable Victoria.

However, I could also see why Victoria was so determined to go through with the date, despite potentially putting herself at risk. Her disability has barred her from experiencing many of the pleasures and opportunities that most other people take for granted. Alive isn’t trying to point blame towards any of its characters, it simply shows how the desire for intimacy and the desire to protect are often at odds with each other, yet conflicting intentions can all come from a well-meaning place. 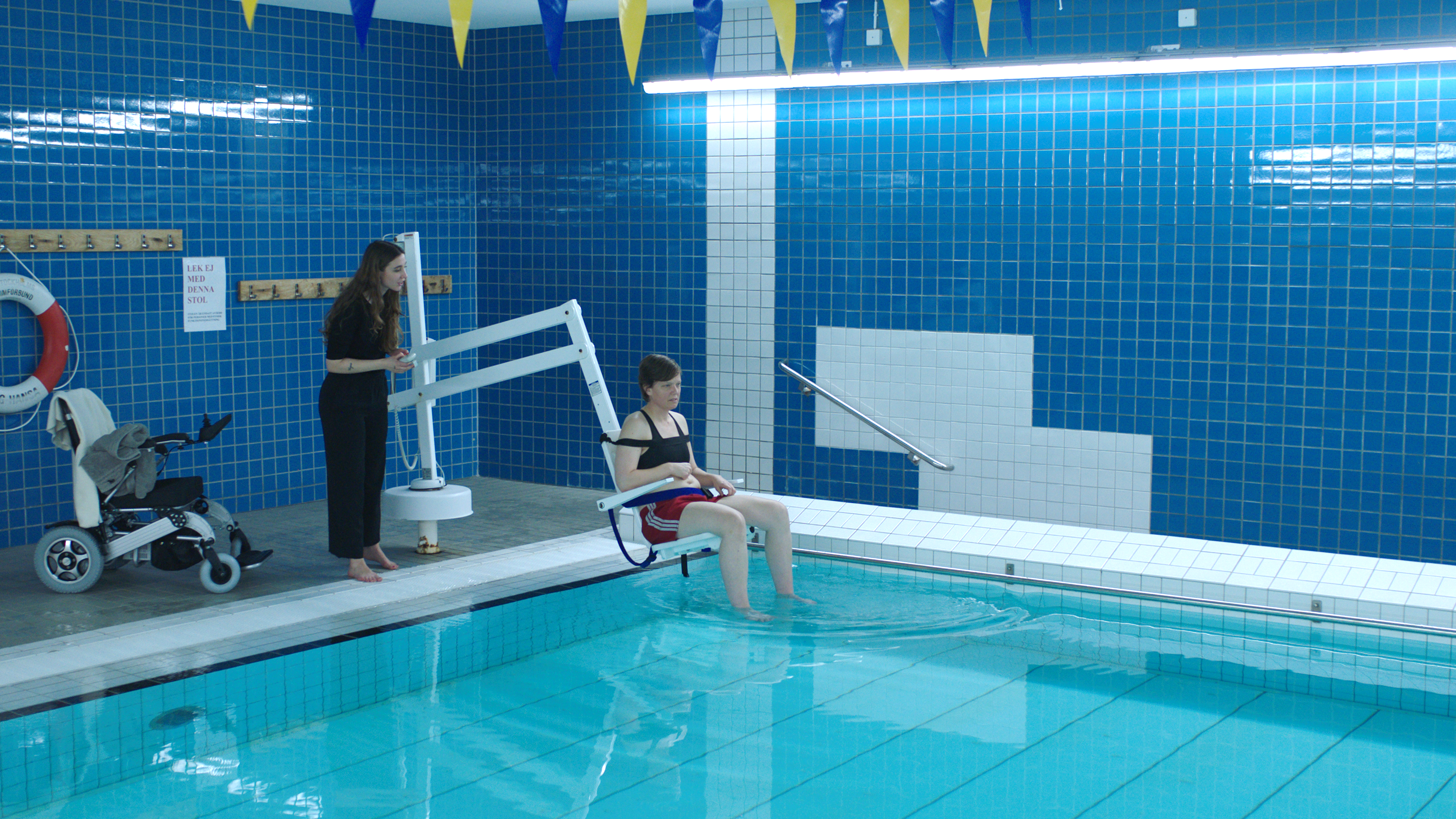 I’m obviously not going to spoil the ending here, but I will say I was satisfied with the resolution as the credits started rolling. The film is so airtight in its execution that there aren’t really any holes to poke through it. I found the part where Ida’s boyfriend (Joel Ödmann) jokes about having handicap sex to be more than a bit creepy, especially because the rest of his characterisation presents him as charming and romantic, but that’s about it.

Alive is a beautiful portrayal of expanding one’s social boundaries and giving a person the opportunity to experience a level of connection that has previously been unattainable for them. It doesn’t shy away from the exploitative and ugly consequences that can arise from opening up to the world, but Olsson effortlessly navigates these topics by never presenting them in an exploitative or ugly way.

With powerful performances, lovely dialogue, and precise directing, Alive is a revealing and topical short film that should be seen by anyone who wants 20-minutes of smiles and tears during their time at home.

Day in the Life: Colin Bushell