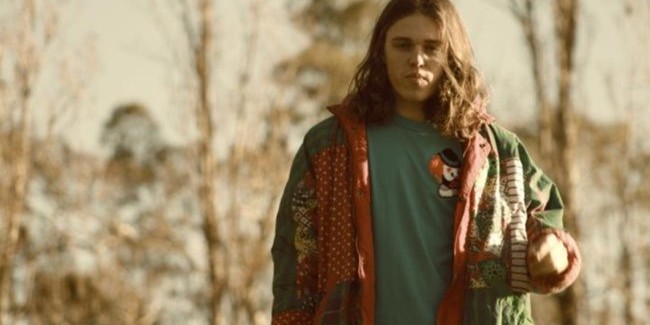 Brunswick Street Mall reached its capacity during the early hours of Saturday night, as crowds gathered from all directions to witness Allday kill it on the Valley Fiesta Main Stage at Brisbaneâ€™s Valley Fiesta.

With his first album Startup Cult being released in July this year and debuting at no. 3 on the Aria charts, and a nearly entirely sold out national tour, Melbourne-based rapper Tom Gaynor, popularly known as Allday, is becoming an artist to watch on his quest for musical domination. His performance on the Valley Fiesta Main Stage at Brisbaneâ€™s favourite fiesta, where he shared the stage with big dogs Dan Sultan and The Preatures, was just another triumph to add to his growing collection.

Allday’sÂ ‘startup culters’ surrounded the stage from all directions, including up, where windowsills and rooftops became the envied positions for a prime stage view. Sombreros were travelling from the heads of seÃ±orita to seÃ±orita, embracing the culture of a true Mexican fiesta. The grey weather that had been tormenting the festivities all afternoon heard the prayers of each audience member, and listened, holding off from saturating the crowdâ€™s clothes and moods. Despite the winter chills by Gavin Boydâ€™s DJ set of hit after hit, Allday took to the stage and set it alight. 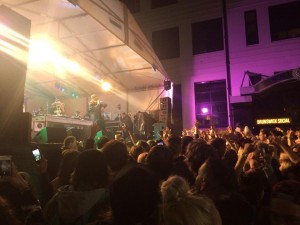 He immediately threw himself into the performance, jumping around the stage with his signature beanie flailing and not leaving a space onÂ stage untouched. His contagious flow infected the audience instantly, making them sway along to crowd favourites like Right Now and Claude Monet.

The boyish stage presence he expelled against the walls of the Brunswick Street Mall was the cause of numerous fan girl screams filling the night air. Adding his prayer to the pile, between songs he shouted into the crowd â€œLetâ€™s hope it doesnâ€™t rain!â€ before leading into a medley of old school Allday classics and remixes. Bringing out big guns Ms Jackson, Ride Wit Me and Hypnotise, where he replaced the chorus with â€œChubby chubby chubby, chubby canâ€™t you seeâ€¦â€.

There was not a soul within a 100m radius who could not throw their arms up and groove along. Ending his old school medley with another sing-a-long Girl in the Sun, he then led into Wolves, a standout track from his debut album.

Coming to the end of his set he pulled out another classic of his, Sick Sad World, that led into a Flume remix which caused the crowd to lose control most of all.Â At this point he let go of his attempts to continue wearing the beanie and let go. The audience had no choice but to follow suit, completely absorbed in the atmosphere that he had created. 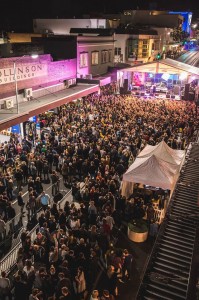 Wrapping up his set with a â€œHow you doing Brisbane?! Iâ€™m chubby boy and Iâ€™m puffed asâ€ he then began his final song So Good. Ending his set on the perfect note, he closed with yet another sing-a-long, having the crowd chanting with him â€œI feel goodâ€. Rest assured we did too, chubby boy, we did too.

After his exit the unified crowd demanded an encore, calling for the leader of their cult in unison. Shatteringly time schedules could not allow one last taste, alas, Valley Fiesta received a dose of Allday that kept his startup culters vibing all night.