From director Asif Kapadia (Senna, The Warrior) comes the most comprehensive documentary on the late singer Amy Winehouse to date.

Amy follows the journey of Amy Winehouse from angry brit teenager to being one of the best contemporary jazz musicians of all time. The love for music and a ferocious study of jazz brought her into contact with her idol, Tony Bennett, contemporary, Mos Def, it brought her the attention of the entire world, and in the end all she wanted was to disappear.

This doco is pretty rough, in both senses of the word. The subject matter is dark, you watch and hear in gruesome detail how crack cocaine, eating disorders and a chaotic romance with Blake Fielder sent Winehouse into her final downward spiral. The footage is also unconventional; most of the film is pieced together from handycam footage dating back to when Winehouse was 13, pulled together with some slick location shots of St. Lucia, Miami, Belgrade and Camden among other places. 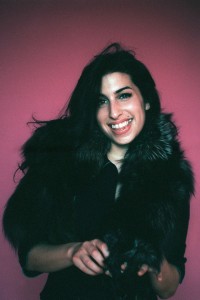 Thereâ€™s cameo galore; Pete Doherty, Tony Bennett, Mos Def, Russell Brand and more. The film spends a lot of time explaining mental illness, including many interviews when Winehouse was still alive. At one point she stresses that linking depression to musical success is ignorant and reductive, but does admit â€œlots of people canâ€™t pick up a guitar for an hour and feel betterâ€, â€œI write songs because Iâ€™m fucked up in the headâ€.

One aspect that is unsettling is that there’s systematic profiling of a few people close to Winehouse. Her father, ex husband, first manager and tour manager all get analysed in great detail, as if Kapadia is Sherlock Holmes, trying to figure out whether one of them is more responsible than another. It is distracting and counter to the central narrative, which the doco has already been outwardly criticised for in the British press.

In sum, Winehouse fans are obviously going to be all over this, as well as anyone partial to obsession over dead musicians. It is heart wrenching, wall to wall with some of the best of Winehouse’s music, and focuses a lens back on the destructive power of the press.

Absurdity and Empathy: The Films of Don Hertzfeldt