Review: Are We Officially Dating?

Are We Officially Dating? paves the way for the new genre of Bromantic Comedy, where beers and emotions run freely.Â

Basically, itâ€™s a way to coerce men into cinemas with their wives and girlfriends, under the guise that theyâ€™re seeing a â€˜dudeâ€™ film.

In reality Are We Officially Dating? is just a rom-com from the guyâ€™s perspective â€“ think Sex and the City with fewer shoes, and way more penis jokes.

The film revolves around three best friends Jason (Zac Efron), Daniel (Miles Teller) and Mikey (Michael B. Jordan), who make a pact to stay single together after Mikeyâ€™s divorce.

The plot focuses mostly on Jasonâ€™s love woes. It all starts when he rocks up to work one day to find that his one night stand, who he ditched because he thought she was a hooker (classic move, Efron), is actually a published author and his new client.

Now that he realises Ellie (Imogen Poots) is not a prostitute, he sets out to add her to his hookup roster â€“ yet another classic move. 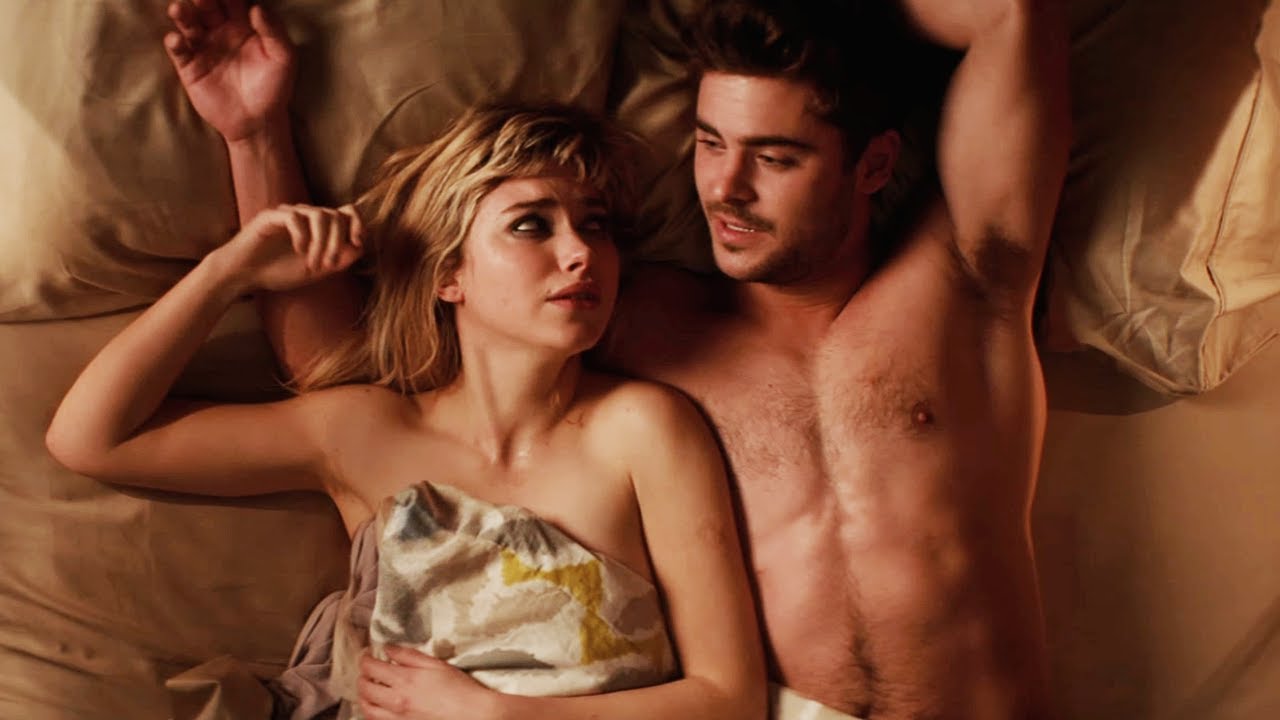 Things get steamy for Imogen Poots and Zac Efron – image by youtube.com

Things heat up when the two begin to like each other, and eventually Jason comes to the ultimate crossroads â€“ to dog the boys, or ditch the girl?

Inability to commit ultimately leads Jason, Daniel and Mikey into a tangle of despair, although thereâ€™s always just enough time for them to man up, and get the girl in the end.

The problem with Are We Officially Dating? (apart from its shocking title) is that the happy endings balance on the female characters having little to no standards.

Whatâ€™s that? Your boyfriend told his friends he was sleeping with someone else instead of dating you, and then literally walked out of your family thanksgiving party with no pants on? Sure thing girl, you take him back, heâ€™s a catch!

Whatâ€™s that? The first time you met your boyfriend he thought you were a hooker and left in the middle of the night? What an inspiring 21st century romance!

If taken seriously, Are We Officially Dating? is likely to make you very pessimistic about love and relationships; however, in the world of romantic comedies everything should observed through rose coloured lenses.

The film exists in the realm of fantasy, where the girl next door tames bad boys, and Zac Efron sweeps regular everyday girls off their feet.

So, provided you donâ€™t walk into Are We Officially Dating? with pen and paper, ready to find a way into your dreamboatâ€™s heart, the film is actually quite pleasant.

‘No, I’m Carrie and you’re the Miranda’, probably what they were saying – Image by showfilmfirst.com

The three male leads have better chemistry together than with any of their love interests, and Miles Teller is always a sure bet for well delivered jokes.

Another added bonus is the presence of Zac Efron. Honestly, I could have enjoyed this film on mute, purely for the amount of screen time devoted to Zac and his artfully tousled hair.

As for the women in the film? I wouldnâ€™t have a clue. All we learn about Ellie is that she wrote a random book, could be mistaken for a hooker, and can play Xbox like a total bro. Deep.

In spite of a few (many) holes, Are We Officially Dating? achieves exactly what it set out to do, and pleases the masses. The boys will laugh, the girls will fall in love with Efron, and everyone leaves happy in the end.

Are We Officially Dating? is in cinemas now.

What’s on: galleries and exhibits in Brisbane