On his sophomore solo album, Craig Finn has stripped away the noise and grandiosity thatâ€™s defined most of his career, revealing the core components of his distinctive lyrical style while telling tender, grounded stories.

As the frontman of the self-proclaimed â€œgreatest bar bandâ€ The Hold Steady, Craig Finn has for eleven years told alternatively complex stories about junkees and burnouts. The Hold Steadyâ€™s unironic rock maximalism can at itâ€™s best be breathtaking, but it has forced the 44 year old singer to write lyrics that suit the musicâ€™s level of high drama. In Faith In the Future, Finn uses elegant alt-country arrangements to tell more intimate stories. The usual  themes are all present; God, transcendence, struggle, drugs and self destruction, but instead of breakneck narratives revolving around parties and overdoses he zeros in how darkness can descend in a quieter way. This time out heâ€™s more like John Cassavetes than Quentin Tarantino, telling stories of quiet despair while somehow remaining hopeful.

The album opens with what might be itâ€™s strongest song (and best title), Maggie Iâ€™ve Been Searching For Our Son. Over a galloping beat Finn sings as a man looking back on his life with regret and a desperate faith. Itâ€™s about a guy who lived in a militarized desert cult, but Finn downplays the more lurid elements, allowing the gaps in the narrative to leave a disconcerting void for the listener.

Roman Guitars finds Finn slightly closer to Hold Steady mode, opening with concrete, evocative imagery â€œThe pigs all stormed the Bennigans/The band played Touch My Stuff againâ€ before moving to the transcendent, â€œAll your little molecules/Add up to something beautifulâ€. But itâ€™s notably guitar-less, driven instead by piano and a small horn section that lend an uplifting quality to many of the albumâ€™s tracks. 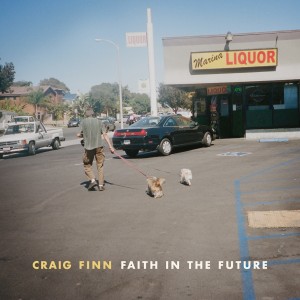 Finnâ€™s characters will often evade the truth or struggle to find meaning, like in Sarah, Calling From a Hotel. The protagonist admits heâ€™s â€œNot sure why she calledâ€ and that â€œI heard that she cleaned up/Then I also heard she didnâ€™tâ€. He tries to find some closure, but instead is left with an upsetting phone call from a former lover ending with the words â€œOh God, I gotta go/Heâ€™s got a gun.â€ Itâ€™s simultaneously powerful and understated, allowing the listener a brief look into a complex character without offering any easy answers.

In the albumâ€™s driving centerpiece, St. Peter Upside Down, Finn mentions a girl who he met â€œIn 1999 up in Windows On the Worldâ€, before continuing his story of betrayal and self-preservation. Itâ€™d be an easy detail to miss, but itâ€™s worth noting that Windows On the World was located in the Twin Towers. What that means to the character or the narrative is hard to discern, but itâ€™s a telling detail given that this is an album about people recovering from tragedy and struggling to resist the darkness year after year. The struggle to not get lost in the pains of the past and have faith in things to come.