In thirty minutes, Day Release anatomises the heartbreak, tragedy, and fragility of motherhood. It asks, will this young mother provide a better life for her child, with only one day prove herself?

It follows Kathi (Anna Suk), a single mother on day release from prison as she navigates her own unfair circumstances against wanting better circumstances for her three-year-old son. If that wasn’t enough of a challenge, she has to be back at prison by six pm. 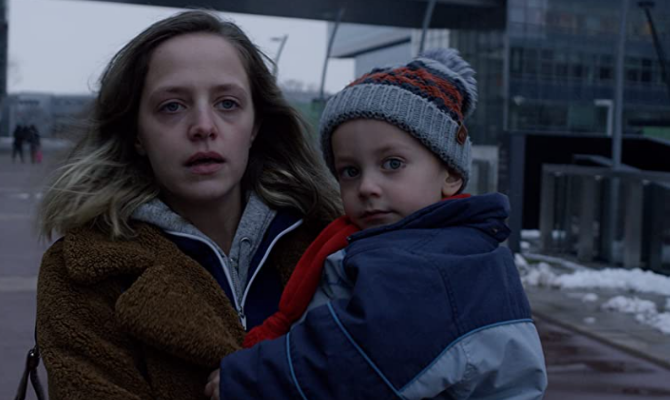 Winter paints a complex portrait of motherhood using three different mother figures throughout the film. We’re first introduced to Kathi, a single mother trying to provide for her toddler. As the protagonist, she encourages audiences to be sympathetic to the struggle of wanting more than you’re able to give. Next we meet Eva (Brigit Linauer), Kathi’s mother. Her depression has made her apathetic, and it is her neglect of her grandson that is the catalyst for Kathi’s quest. Finally, there is Sylvia (Daniela Zacherl). Married and pregnant, she’s seems to have everything Kathi doesn’t: a nice house, a supportive partner, and the freedom to spend time with her child.

Although there are three distinct versions of motherhood in the film, Winter makes sure none of them are painted as the villain. All of them make mistakes, but they all love for their children. Mother, after all, is a noun and a verb. The latter of which means to raise a child with care and affection. Kathi, Eva, and Sylvia, all show care and affection for their children in their own unique ways. 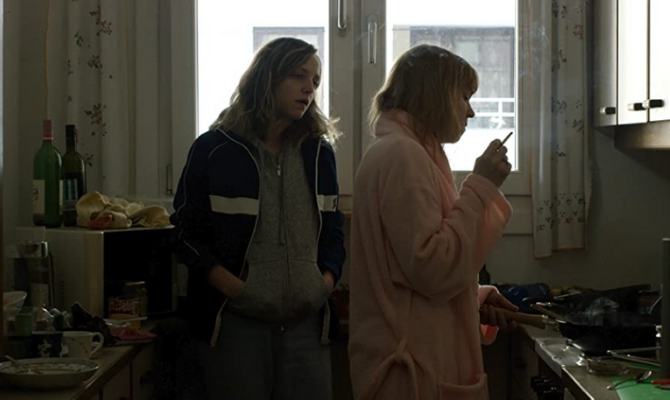 With the same mindfulness he shows his characters, Winter extends to creating the mood of the short film. It’s particularly effective when scenery and sound are connected. You can tell a lot about how Kathi feels about a place by which noises are emphasised. In prison it’s a lock sliding into its chamber, and when she’s in the city. When she’s with her son, it’s always whimsical music, whether it’s coming from cartoons on television or baby mobile above a crib. It’s a subtle way of reminding the audience that Kathi deserves sympathy, even when she does questionable things.

Winter does this so subtly that it’s easy to forget that you’re watching a movie. Winter makes it easy to discard the distinction between storytelling and real life. One of my favourite words is verisimilitude, which means the semblance of truth. That’s what the mood of this film does: makes you feel like you’re watching something real, even though you’re not. 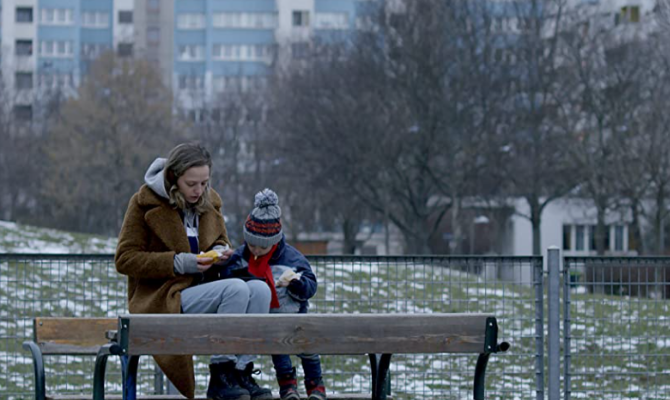 Day Release uses every second of its thirty-minute runtime. Where other films tell incomplete stories over 120 minutes, Winter’s storytelling is emotional, unexpected, and precise. The fact that he does it with a fraction of the time is a lesson in restraint. A lot of films know when to start, this short film knows exactly when to stop. Although there is ambiguity and unanswered questions, there is nothing I would want added to Day Release, and nothing I would want taken away.

Day Release shows the sacrifices and sorrow of motherhood with unflinching sympathy. It is not the schadenfreude of watching a struggling single mother that gives the short film magnetism, but the heartbreak of watching a young woman trying to the best for her child.

Win a Brisbane Festival gig, literally at your doorstep