DZ Deathrays hit The Tivoli to wrap up their tenth anniversary tour with “special guests’ and Pup.

DZ Deathrays have had an incredible year starting with the release of their latest album Bloody Lovely in February. After waiting four years, the DZ drought had finally ended and Bloody Lovely well and truly quenched us giving us hits such as ‘Shred for Summer’, ‘Total Meltdown’ and ‘Like People’. Their show at The Tivoli was the fifth time this year I’ve been lucky enough to catch DZ and I’d still go back for more. They’ve got a great live show with loud guitars, lots of lights and great music.

In the lead up to the show a “special guest” was hyped up which added an air of excitement to the start of the show. The Tivoli was almost completely packed out by 8pm in anticipation. There was lots of speculation as to who it was going to be but everyone had an idea. Violent Soho shirts were littered throughout the crowd and a loud roar erupted as we all heard the opening to ‘Covered In Chrome’, Violent Soho’s crowd favourite. It made sense though, when you think of DZ, you think of Violent Soho and vice versa.

Next up was Pup from Canada. This was a surprising addition to DZ’s anniversary tour but as soon as they started, it made sense. 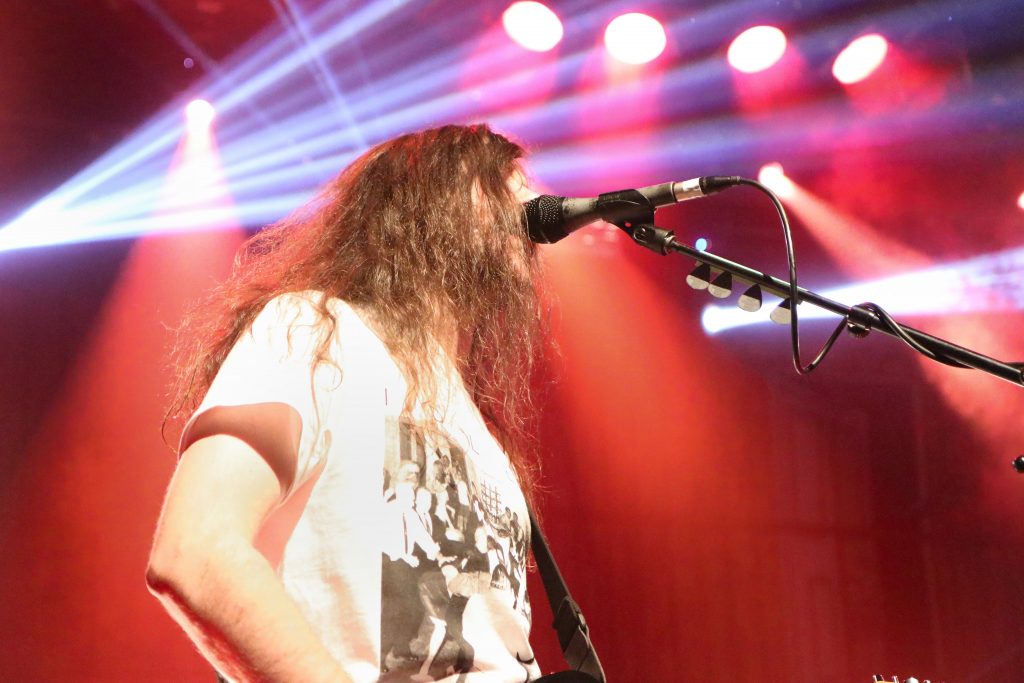 Finally after what felt like a mini-festival, DZ graced the stage. They had a huge set behind them similar to what you’d find in a play but this was far from that. They kicked the show off with ‘Teenage Kickstarts’ from their first album Bloodstreams.

Choosing a setlist after ten years worth of songs would be next to impossible but DZ didn’t seem to disappoint with the array of songs they chose. The setlist had all the classics including ‘Blood On My Leather’, ‘Pollyanna’, ’Cops/Capacity’ and ‘Shred For Summer’. The crowd kept up with their high energy performance throughout the set with DZ giving us a bit of down time during songs like ‘Dumb It Down’ and ‘The Mess Up’.

Ten years, three band names, a fluctuating number of band members later and it’s safe to say DZ have perfected their sound and their live shows. It’s nights like this that make me love local music even more. I finished the night with a sore neck and a head ache but it was totally worth it.