The world is a mess, and Russell Brand wants your help to save it. In his latest big-screen endeavour, the comedian turned social activist joins forces with director Michael Winterbottom to take up arms against the global banking system and the ever widening gap between the 1% and the rest of us.

Russell Brand has been under fire recently for his approach towards the UK elections, as he swung from ardent non-voter to Ed Milliband supporter. Combined with Labourâ€™s subsequent catastrophic defeat at the polls (which, in all fairness, cannot be blamed on Brand), his political credibility has been looking a little thin. The Emperorâ€™s New Clothes should go a long way towards restoring it.

The film opens with a beautifully shot sequence of pomp and circumstance, following some of the worldâ€™s most overdressed Guild members on a public parade. Over this gold and ermine vision, Brand, in his wonderfully RP-eschewing voice, tells the Hans Christian Andersen story from which the film draws its name. Itâ€™s far subtler than I would have expected from Brand, and itâ€™s damningly effective. 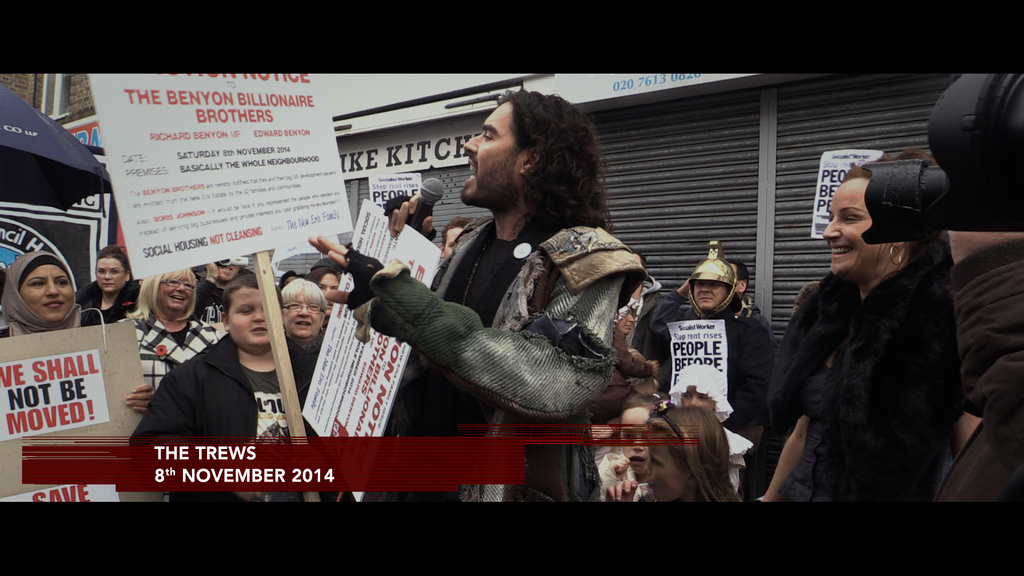 From here, the film moves from strength to strength, striking a good balance between expert commentary, footage from the coal front of British struggle and Brandâ€™s biting comedy. Occasionally, the aesthetic of the piece veers a little too close to â€˜BBC test screenâ€™ to be entirely enjoyable, but itâ€™s a forgivable sin.

The film is spliced with a lot of archival footageâ€”scenes from the Thatcher-era strikes, the more recent London riots, inquiries into the banks, and the House of Lords. Images of police brutality and unrepentant CEOs add a serious sense of impetus and outrage to the picture, and viscerally back up Brandâ€™s message of urgent and undeniable change.

British Prime Minster and noted thumb resembler David Cameron shows up frequently and is soundly rebuked almost every time he does so. This is nothing, however, compared to what the Chancellor of the Exchequer George Osborne goes through at Brandâ€™s hands, and his increasingly facile cry of â€œweâ€™re all in this togetherâ€ becomes one of the filmâ€™s best running jokes. 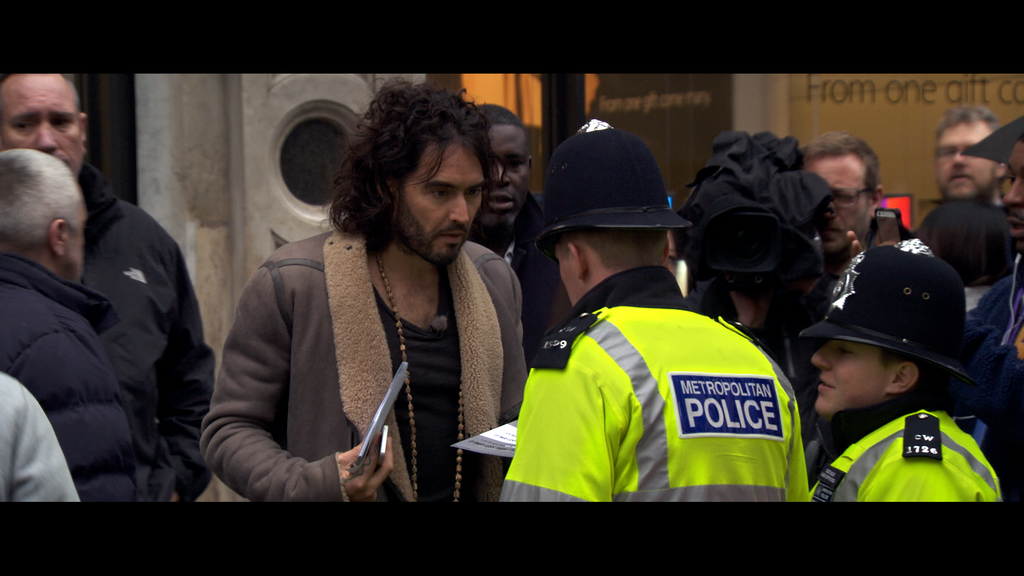 In the role of revolutionary, Brand is electric; the magical combination of irreverence, fierce anger and genuine kindness towards the peopleâ€™s heâ€™s championing makes him an unlikely, but utterly likeable hero, and a refreshing guide through the subject. The Emperorâ€™s New Clothes will entertain you, yes, and it will make you laugh. It should also make you seethingly angryâ€”and then it will show you what to do with that anger.

The Emperorâ€™s New Clothes opens in cinemas on June 11. Watch the trailer here.