REVIEW: Four Kids and It

In a time where everyone’s dreaming of a better tomorrow, Four Kids and It teaches children to be careful what they wish for – and to embrace the positives of difficult circumstances.

If the title sounds familiar, that’s because this 2020 family flick has a long history of adaptation and remakes. This iteration is based on Jacqueline Wilson’s 2012 novel Four Children and It, which is actually a reimagining of E. Nesbit’s 1902 book Five Children and It. Nesbit’s story was adapted into a film in 2004 with a movie of the same name starring Kenneth Branagh and a young Freddie Highmore.

However, only one of these can boast having Sir Michael Cain voicing a delightfully cockney portrayal of the titular It. This creature, of course, is not to be confused with Tim Curry’s and Bill Skarsgård’s terrifying shapeshifter clown. Just as the coulrophobia inducing sewer dweller’s nickname is Pennywise, this child-friendly trinket lover goes by Psammead. 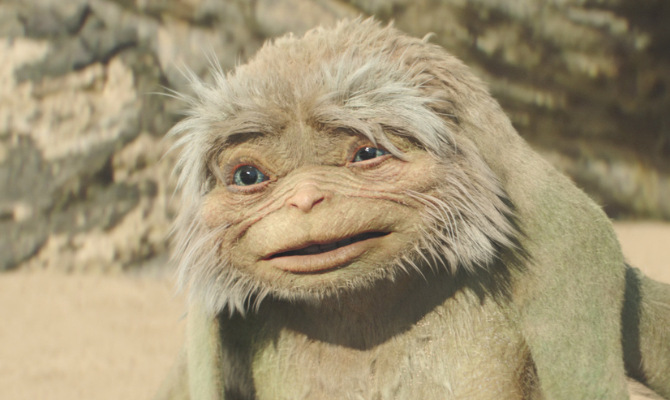 Psammead, much like Pennywise, is there to teach children an important moral lesson. Instead of scaring kids into overcoming their fears, Psammead gives wishes. Whether it’s becoming a pop star under the mentorship of X-Factor judge Cheryl Cole (or Coco, as the movie calls her), or flying, or even traveling back in time, Psammead can grant anyone anything – but there’s a catch. Psammead will only grant one wish a day, and that wish will expire by sunset.

The four kids: Smash (Ashley Aufderheide), Ros (Teddie-Rose Malleson-Allen), Robbie (Billy Jenkins), and Maudie (Ellie-Mae Siame) are tricked into a bonding holiday with their future step-siblings by Ros and Robbie’s dad David (Matthew Goode) and Smash and Maudie’s mum Alice (Paula Patton). It’s during one of Ros’ and Smash’s increasingly intense arguments that they stumble into Psammead’s beach liar and discover the gremlin-Esque genie itself. 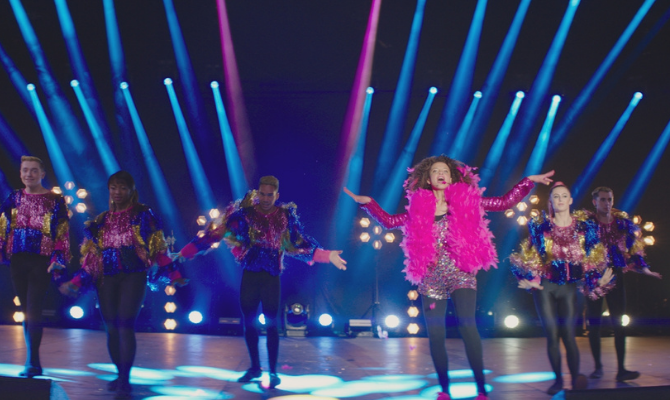 What ensues is a fairly typical family adventure movie that will entertain kids but leave their parents wanting something more out of the 110-minute runtime.

Perhaps, like me, these parents will be sufficiently entertained by Russell Brand’s bizarrely cartoonish depiction of villain Tristian Trent. It’s hard to decern what is acting and what is Brand being his strangely charming, yet subtly unsettling, self. This doesn’t detract from the movie or the entertainment factor of watching his pursuit to capture It (and the four children).

The relationship between the brash Smash and bookish Ros is satisfying to see evolve. Even though Smash can be unnecessarily mean, inconsistently stubborn, and causes whiplash with her switching motivations, it’s fun to see her adjust to Ros’ gentler approach to risk and adventure. Children from commonwealth countries will also get enjoyment from the constant ribbing Smash and Alice endure on the sole virtue of being American. 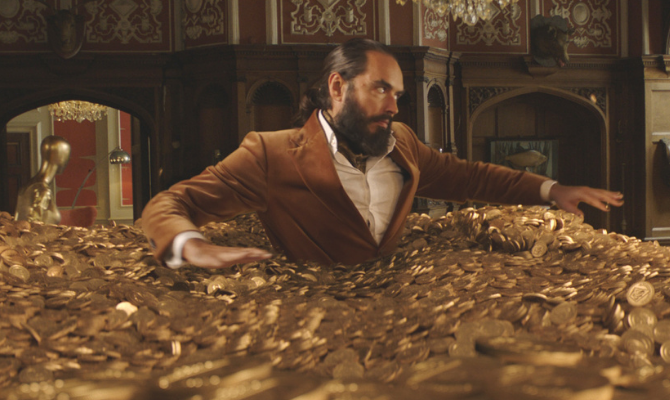 In the end, Smash and Ros must overcome their preteen angst and work together, along with their siblings, to defeat Brand’s comically grody Tristian, and learn a valuable lesson about wishes, family, and the silver-lining of change.

Four Kids and It is a whimsically cartoonish retelling of several similar stories. While this remake doesn’t add anything to the pantheon of varying numbers of children and its, it does teach kids the importance of being grateful for what you have, and to be optimistic about transitioning times.