Review: Going Clear: Scientology and the Prison of Belief

In casting a harsh light on Scientology, Going Clear: Scientology and the Prison of Belief illuminates a truth stranger and more disturbing than one could ever imagine. Adapted from the Lawrence Wright book of the same name, Going Clear is as interested in the personalities inside the controversial religion as it is the nature of the organisation itself.

Alex Gibney, who previously directed Enron: The Smartest Guys in the Room has a knack for picking apart powerful insular cultures and stripping them to their core motivations, namely greed and paranoia. But what makes Scientology unique as a subject are the emotional underpinnings it exploits. The first voice we hear is that of an unseen auditor, instructing the listener to recall a painful memory and then offering a simple promise: â€œWe will reduce the pain.â€

Structured chronologically, the film looks at the movementâ€™s growth from self-help book to billion dollar religion/business. Itâ€™s founder, L. Ron Hubbard, was a prolific pulp writer who in 1950 released Dianetics. It became the foundational text for a new religion that has spent the last 55 years dodging accusations of brainwashing, intimidation and outright violence. 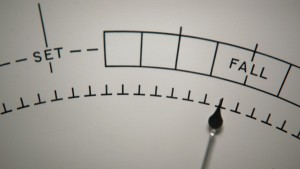 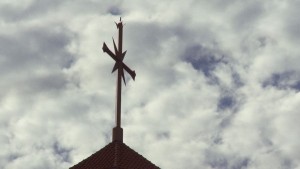 Thereâ€™s enough insanity in the story of Scientology that the film couldâ€™ve easily devolved into a voyeuristic freak show, laughing at the naive suckers who believe in alien-haunted bodies and telepathy. But what Gibney manages to accomplish, through talking-head interviews and archival footage, is to take us inside the minds of the intelligent people who fell prey to Scientology. Paul Haggis (director of Crash), is especially eloquent in explaining how he was lured in with vague self help talk and found himself decades later, neck deep in a religion that claimed alien souls were driven to Earth in spaceships identical to DC-8â€™s and dropped in volcanos. When Haggis asks â€œWhat the fuck are you talking about?!â€, the viewer knows enough about the damage Scientology has caused that itâ€™s more tragic than funny.

A former member of the church remarks partway through the film that the longer one stays a Scientologist, the more they become like Hubbard himself. Gibney paints a picture of a charming but tortured man who managed to convince even himself that his lies were the truth. The same man who claimed to be on a quest to free people of emotional trauma supposedly pistol-whipped his sleeping wife because he believed she was dreaming about another man. 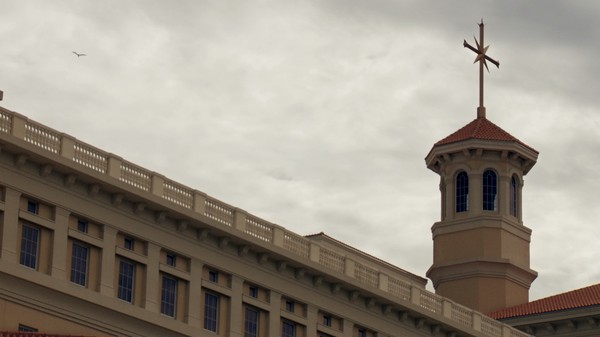 Following Hubbardâ€™s death, high ranking member David Miscavige seized power of the church. Scientology hadnâ€™t thus far been a stranger to controversy (Hubbard had developed a three point plan for suppressing dissenters that involved blackmail and intimidation), but what Gibney systematically unveils is appalling as anything imaginable. Assault, human trafficking, slave labour and prison camps are all linked to what has become a billion dollar organisation.

To go into further detail do damage to the artfully constructed argument that Going Clear makes. Suffice to say that by the time youâ€™re watching Tom Cruise lead thousands of people in saluting the photo of a dead science fiction author in an aesthetic that is equal parts Nuremberg rally and Eurovision, itâ€™s hard to know whether to laugh or cry.

What Going Clear: Scientology and the Prison of Belief

When In cinemas now