A modern American Western, driven by the economic downturn of rural Texas, Hell or High Water is a story of the bonds of brotherhood and family, disguised as a heist film.

After the death of their mother, two brothers, Toby (Chris Pine) and Tanner Howard (Ben Foster) carry out a string of bank robberies in an attempt to save their ranch from foreclosure. But their well-laid plans are threatened when Texas Ranger Marcus Hamilton (Jeff Bridges) begins to investigate their crimes.

The heist, however, rests on the periphery; it is the relationship between Toby and Tanner that remains at the forefront of the film. Both Pine and Foster beautifully embody two men marred by the violence of their childhood. Pine brings acuity to his performance as the stoic Toby, a smart man who struggles to maintain the significant relationships in his life.

Foster is faultless as the wild and unhinged Tanner, with recklessness simmering through the screen whether heâ€™s holding a gun or swigging a beer. The restrictive script, however, leaves Foster’s character a little underdeveloped. Unsurprisingly, Bridges delivers a solid performance as the perceptive lawman, who is heading towards retirement but lives for the job. 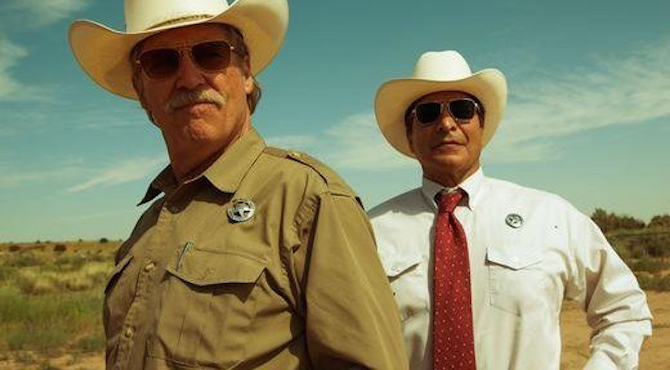 David Mackenzieâ€™s Hell or High Water is a beautifully shot film, highlighting the unbound desert landscape, and the decaying civilization within it. Visually the film is conveyed with a sharpness that the script unfortunately does not mirror.

Screenwriter Taylor Sheridan readily offers the true villain of the story: banks. His laborious script works to blame rural Americaâ€™s economic decline on the greed of corporations who are taking the land and livelihood of hardworking Americans. However, the point is hammered so frequently and with such little finesse that it is unable to resonate. Just about every resident we meet in the first forty minutes, complains about their unmanageable mortgage or the thieving banks. Despite these faults, there are some discerning moments, which mostly occur between the brothers, Toby and Tanner.

Frites and Burgers at Fritzenberger Microbrewery

Out of This World Clothes – PLANET HOSTILE INTERVIEW