Listen Out 2015â€™s objective goal was pretty simple- Listen and Dance. And thatâ€™s exactly what Brisbane did last Sunday afternoon.

Brisbane was the last Australian city to be graced by the festival, and some of the performers had clearly been saving up their energy to end the tour with a bang. With only two stages, crowds managed to easily move back and forth between sets, allowing them to have a full schedule of dancing. Even during intervals, DJ’s took the stages to play the songs of the Summer, featuring tunes from the likes ofÂ Fetty Wap, Drake and Young Thug. 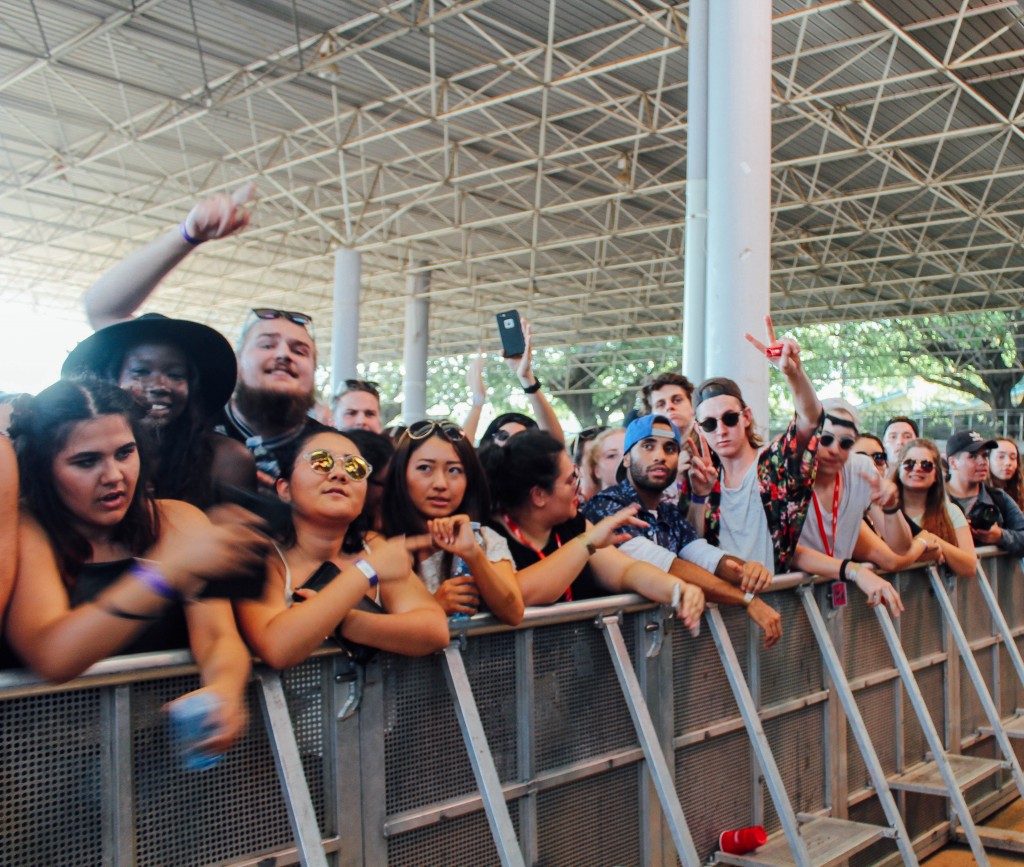 Toronto based rapper ilovemakonnen taught the crowd how to â€˜whip itâ€™, and despite it being a Sunday, he successfully managed to coax the crowd into going up- as if on a Tuesday. Although that statement may not make a lot of sense, the vigour in which ilovemakonnen performed his smash hit â€˜Tuesdayâ€™ made everybody wish it truly was that day of the week. 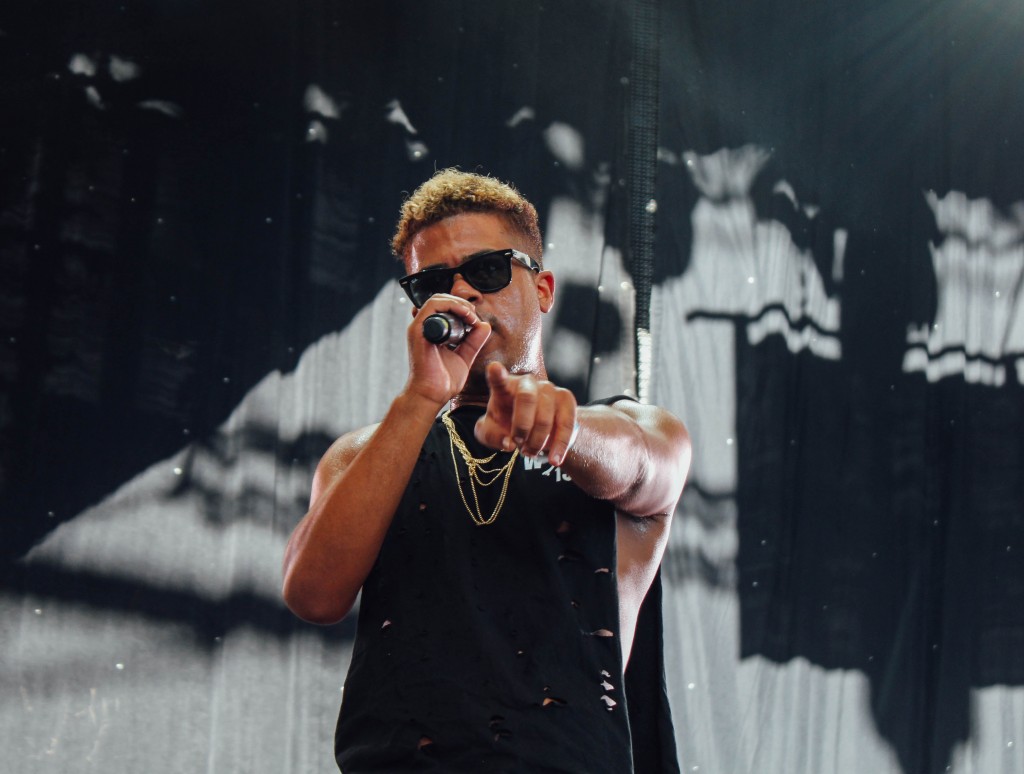 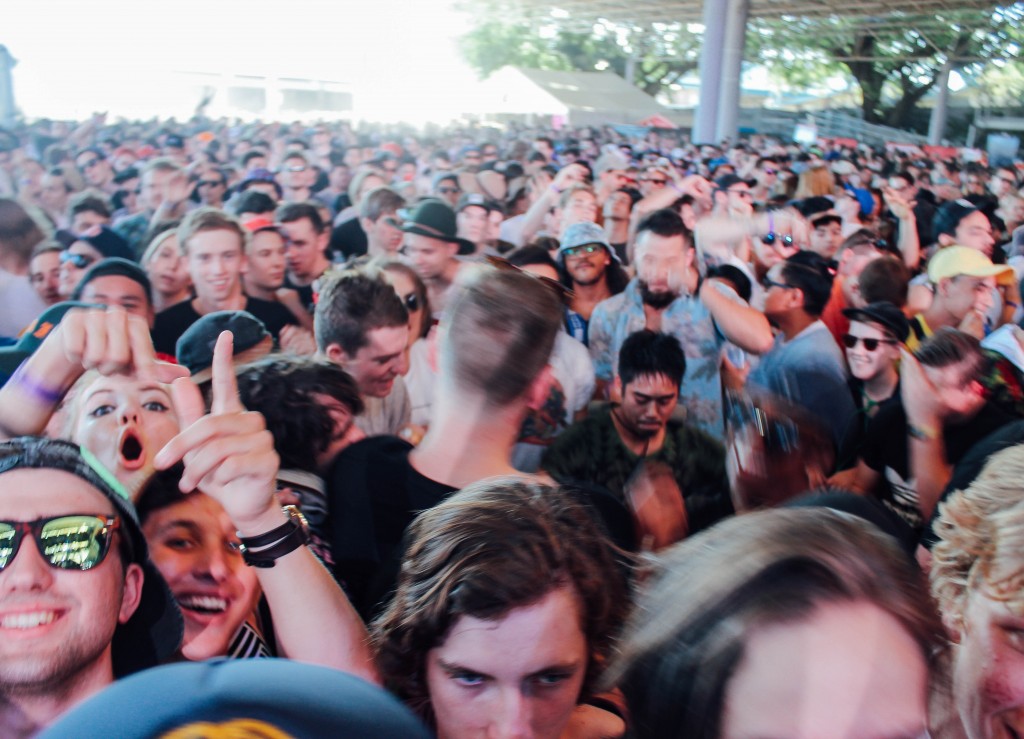 Rae Sremmurd, comprising of young brothers Slim Jimmy and Swae Lee, took the cake for stage presence, as they initiated their performance by popping some champagne onto the crowd.

Slim Jimmy however, came prepared, initially concerning the audience by having mysterious objects concealed in his jacket. Shortly after blessing the crowd with a champagne shower however, he pulled six rolls of toilet paper and threw them into the crowd, allowing soaked fans to wipe away the champagne and other miscellaneous substances to ensure maximal dancing.

The duo encouraged the crowd to put their arms up in â€˜Xâ€™s as an ode to everybodyâ€™s ex-partners. They brought the crowd to an collectively angry state as they kicked off their song “My X”, an aggressive ode to ex-lovers and partners who watched them rise. 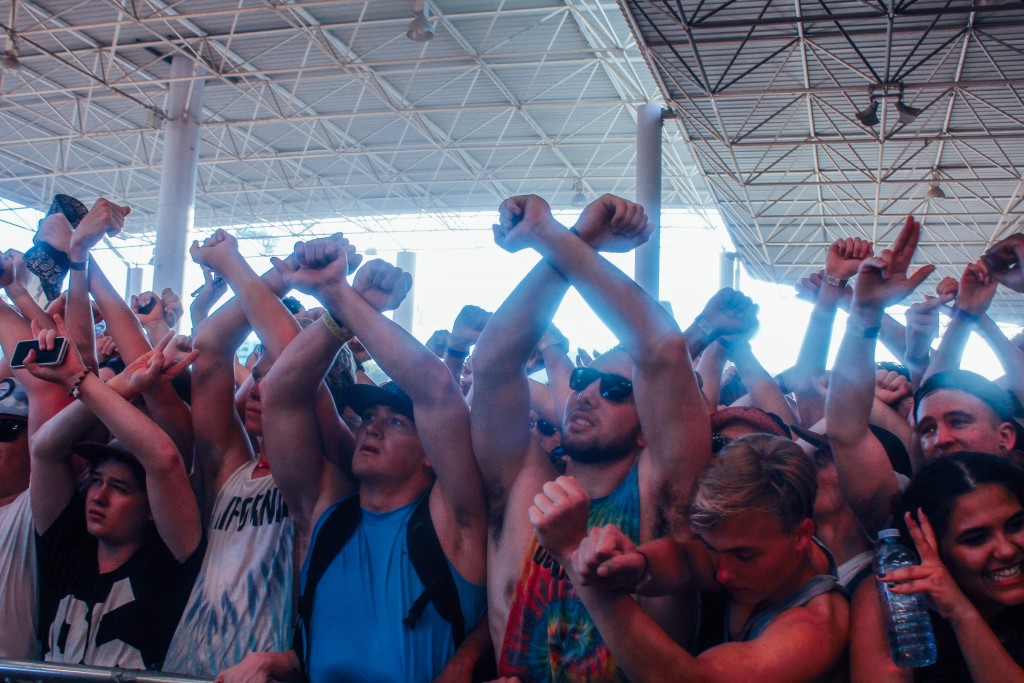 Shirts had to come off at some point, as the brothers lost their topsÂ to feel the full impact of the performance. Their energy never faltered, as they played catchy banger after banger, and provided the crowd with endless entertainment. What seemed like nonsensical phrases like â€˜Unlock the Swagâ€™ suddenly made complete sense. 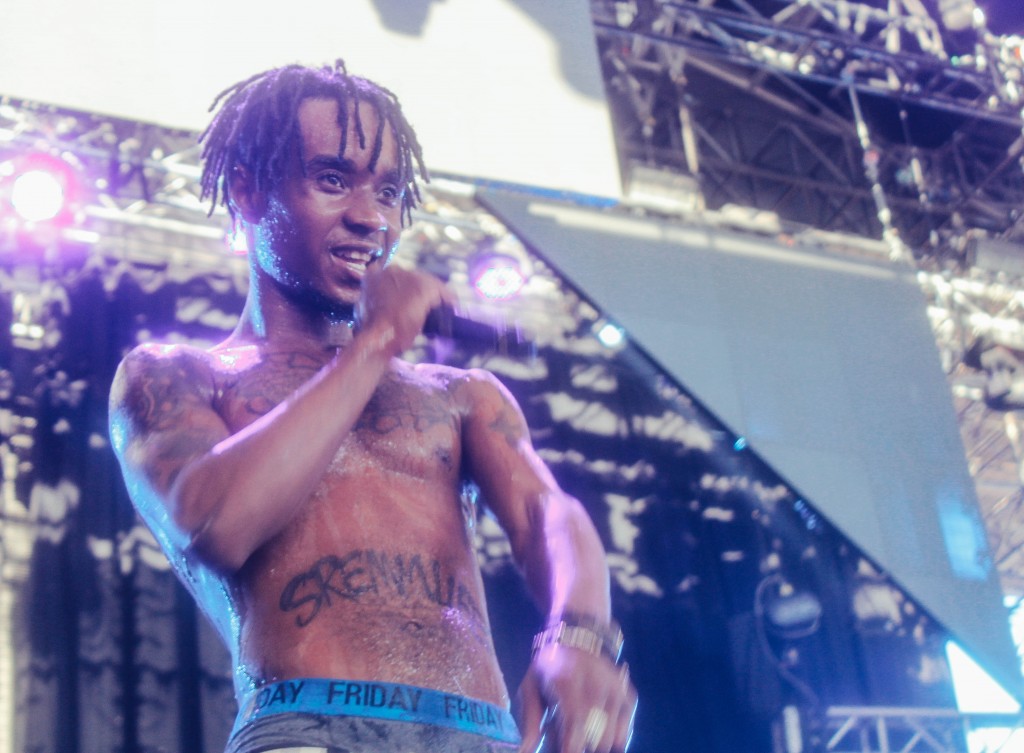 Joey Bada$$ stuck it to the man as he brought the crowd together by somewhat tearing them up apart. He performed with the condition that circle pits were formed, and ensured that everybody pointed up their middle fingers for some of his songs. 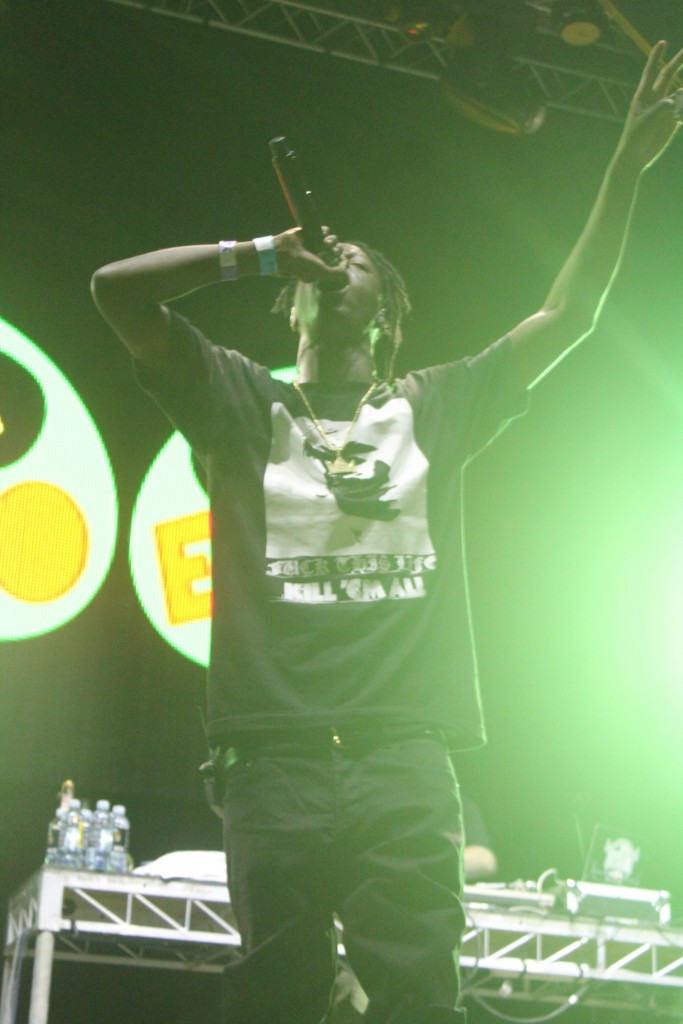 Following the controversy that occurred in Newcastle in which Childish Gambino was booed off the stage, the musician mustered up a performance that had quite the opposite effect here. Most of the songs he performed were from his latest EP â€˜Kauaiâ€, as he nailed the falsetto for songs such as “Sober”, “Retro”, and “The Palisadesâ€™” that featured minimalÂ rap and showcased more of Gambino’s vocal range. 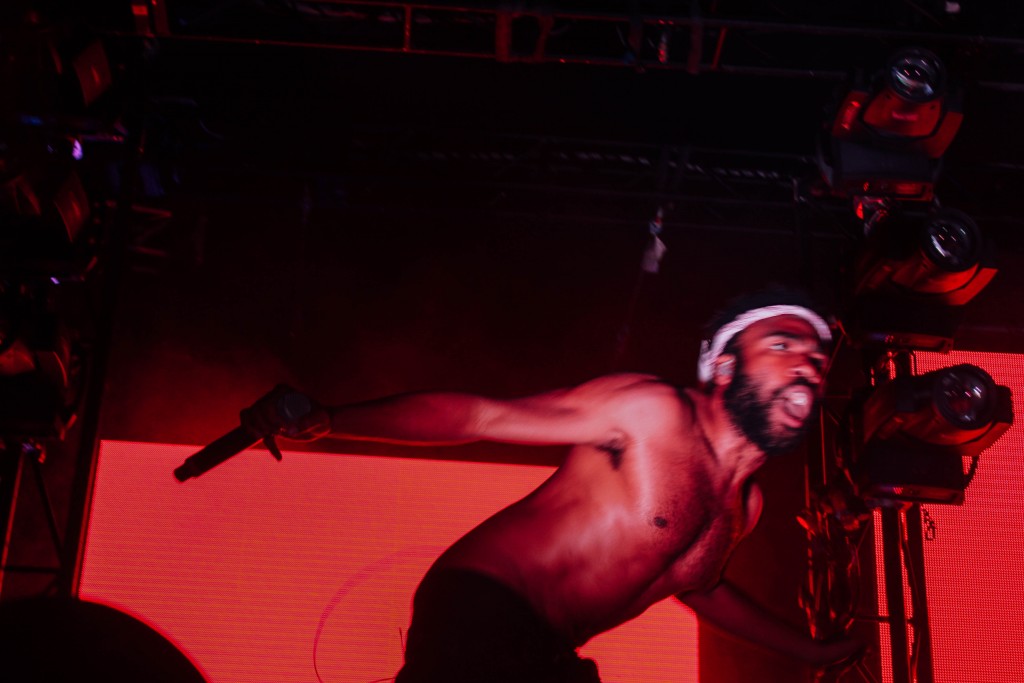 Glover performed with an untameable energy, committing his whole body into each track, and also pleased the crowd with his more rap-heavy tracks from Because the Internet and CAMP. He showed his versatility as a singer and a rapper, and convinced the crowd to love him till 3005.

He managed to prove all his doubters wrong with his performance in Brisbane. Perhaps it was because it was his final performance in Australia, but a rapper who had expressed signs of exhaustion from his copious amounts of appearances and performances showed no signs of vulnerability on stage.

As he returned to the stage for a roaring encore, he closed out the festival with his explosive hit ‘Bonfire’, as thousands of people rapped along to the lyrics, and any doubts about his abilities as a performer and a musicianÂ were swiftly relinquished.

Although small in scale, the experience of Listen Out was maximal. Unifying lovers of music through dance allowed people to enjoy experiencing songsÂ like “Sweatpants” and “No Type” both sonically and physically. There are few things better in life than to just LISTEN and DANCE, and Listen Out encouraged the best of both worlds and will hopefully continue to do so in years to come.

Review: Rumour Has It